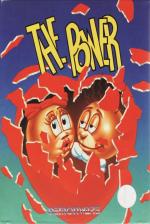 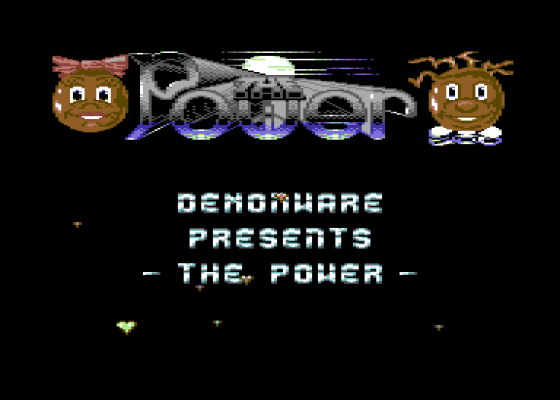 There seems to be a veritable rash of puzzle games appearing this summer, with Demonware's Gem 'X' also reviewed this month. The Power falls into the familiar disappearing tiles category, in its case tiles are disguised as hearts (ahhh), which must all be collected to complete the level. The one doing the collecting is Max, a blob in love with Mini - a blob with a bow! It's not exactly a Gone With The Wind-type romance, but, hey, blobs have feelings too!

Being a blob, Max has a bit of a problem with stopping, more precisely, he can't - not unless he runs into something solid, like a wall, a moveable stone or (gasp!) Mini herself. So in the game you move the joystick around to place a cursor on Max, a tiny arrow appears and you can then push off in whichever direction you want (but not diagonals). The clever bit comes in pushing around moveable stones, these are also controlled by the cursor and again only stop when they hit comething solid.

Moving around the stones so you can get to the hearts, and using Max himself to stop stones leads to some fiendishly difficult problems. An additional complication is that moveable stones can destroy each other (red destroys green, which is turn can destroy a blue stone). Fortunately, there's a password given at the end of each level. 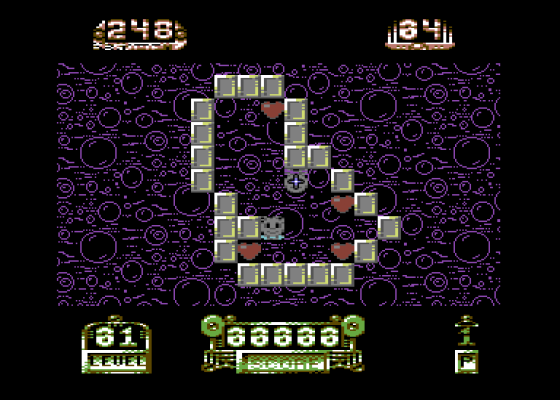 There's two different ways of viewing the game. TACTICAL uses really tiny graphics which show the complete level on screen, but looks rather yawn-inducing. ARCADE isn't stunning either, but all the various objects are a lot bigger and provide a more appealing intro into the game. Sadly, the instruction manual's simultaneous two-player mode seems absent from the C64 version; here you're limited to taking turns.

Disk owners get a comprehensive and easy-to-use level editor. You can edit any of the set 50 levels, or create your own levels from scrap and do another 50 levels for your own redesigned game! This option underlines the lastability of the game, even without the editor the fifty levels provide enough for quite enough brainache for me.

It seems to be tougher than games such as Atomix or Atomino, although both of those games have a more imaginative and involving structure. Atomix, in particular, has a very similar, moving tile-type approach but building atoms is more compelling than kissing a blob! That's not to say The Power isn't addictive. It is, and the toughness does keep you intrigued for hours at a time. Recommended for puzzle-freaks and blob lovers everywhere. 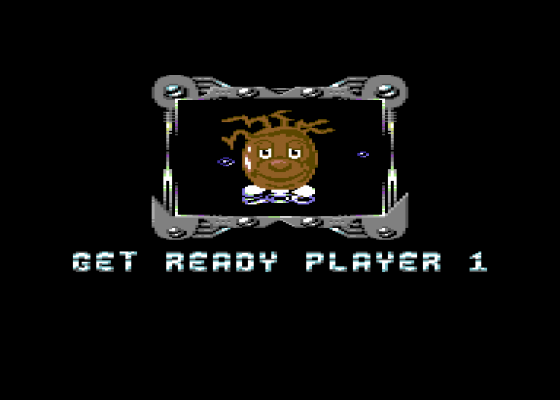 With the game's title and the blurb on the advert, I was expecting The Power to have some Snap sonics - instead, we get an MC Hammer remix! Odd.

Still, wherever the music comes from, it's good stuff and a nice accompaniment to the absorbing puzzle action. However easy it starts out, The Power soon gets the old brain valves steaming - thankfully there's a password system.

A pity the game as a whole doesn't have a great deal in the way of graphic variety. All in all, it doesn't challenge my favourite tile-puzzler, Puzznic, but it's fun for a while. 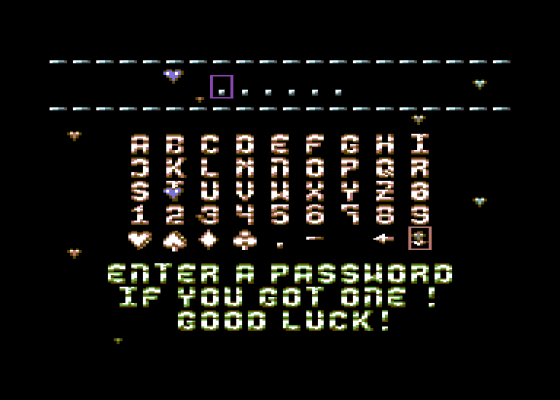 Presentation 88%
Tactical/arcade views, cutesy start/end-level pics, password system and reset level option. Multi-loading is a bit of a hassle on tape. Disk version not only has faster accessing, but also a very good editor.

Graphics 58%
Tactical map's graphics are tiny and simplistic, but effective with attractive scrolling backgrounds. Arcade graphics are bigger, but not that much more attractive.

Hookability 74%
First few levels couldn't be easier, but you soon need to use moving stones, etc.

Overall 76%
Not particularly innovative, but quite playable.

Not particularly innovative, but quite playable. 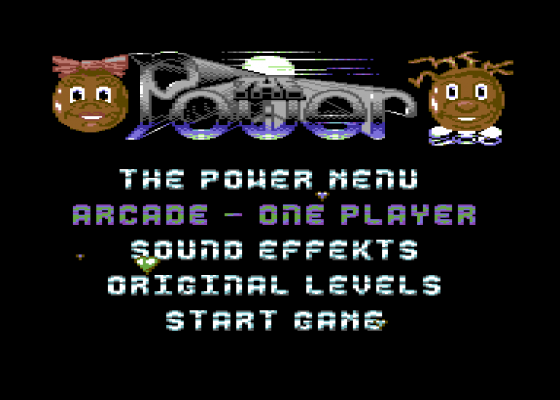