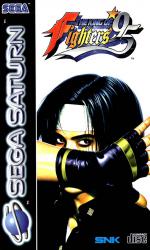 Hallo and welcome to the Unoriginality Oscars, here in Hollyoaks, the home of all crap actors and some of the most unoriginal game ideas of the century. It's reached that time of the year again - that time when we honour the dross that is left out of the conventional Oscars, and leave behind the Capcoms of this world. So, without further ado, let the ceremony begin, and we start with your host, You Ain't Got A Bob Hope.

"Thank you, ladies and gentlemen, and welcome to this, the fourth annual Oscars ceremony. Now I know you hate all this babble, so we'll move straight on with the first award, Most Unoriginal Game Concept. And the nominees are: King of the Fighters, for another one on one beat 'em up; SNK for churning up yet another beat-'em-up; and the Neo Geo for being the only computer made for one-on-one beat-'em-ups. I think you'll agree that it's a bit of a tough one to call, so let's take a look at each of them. KoF: (cue numerous punching noises), SNK (I'm sure there should be a W and an A in the name) and Neo Geo (cue scrapyard noise). And the winner is... tension here... all of them, because they are all, unoriginal, mindless pap.

Please. Spare me this again. Beat up some bloke or woman, with magic attacks, etc. Yawn. Yawn.

You probably know about the cartridge by now (If you don't why didn't you read the feature last issue?) but what exactly is it there for? Well, the bulk of the cartridge's memory is used for backgrounds.

You see, when the Saturn loads a game it stores it in the internal RAM, and to fit a game the size of King Of The Fighters on it, it needs some more memory, hence the 16-bit ROM cart that comes with the game. When plugged in, this gives the Saturn the opportunity to pick out bits of info as and when it needs them.

Even though the game comes supplied with the cart, the price has stayed pretty low, being only 1,000 Yen more than VF2. It appears here (no Euro publisher has been signed yet), the price will probably be around the 60 quid mark.

The cart facility illustrates the flexibility of the Saturn, and the scope for future games to be bundled with carts, seeing as the price is pretty respectable.

Probably the best thing about King Of The Fighters is the opportunity it gives you to play in the team battle mode. Although the team battle is nothing new, it's the magnitude of this version that is attractive.

There are 24 playable characters to choose from, and each of these is already split up into teams of three, each team with their own background.

When you select the team battle mode, you are given the choice of keeping the groups the fighters are already in, or selecting any three to form a new team.

The good thing about this is that you can obviously pick the three characters you are best with, to make an unstoppable outfit, rising to the top of the fighting ladder. Maybe.

There are two ways to execute the Super attacks that every character has. These are the ultra moves that can get you back into the game by draining away over half of your opponent's energy.

If you can get a bit of time in the round, by holding down L, the character will charge up his energy bar until it reaches Maximum. This is the first place you can do the moves, and the other is probaly where you are more likely to pull them off. When you energy bar gets below a certain level, it begins to flash red, and at this point you can use the super attacks as many times as you like, until either you are dead, or your opponent is.

The moves consist mainly of a rotation following by a button press, meaning they are quick to slip in on the unsuspecting fighter.

There is a wealth of animations and little poses that the characters do in the game. So many, in fact, that the R button is used solely for taunting your opponent during the match.

When the characters are in three player mode and are standing in the background, they respond to how their fighting teammate is getting on by wincing every time he/she gets hit, clapping and generally looking pleased when the character is doing well. They also look dejected when the character has been defeated, with some collapsing in a heap on the floor.

Psssssssstttttttttttt. That's the sound of me being let down by this game. Punctured in fact. Having plated the pre-production version before, and being greatly impressed, for some reason I am now greatly disappointed in this.

I can't see this having any of the appeal and playability possessed by Street Fighter Alpha, X-Men or even Darkstalkers. The moves are all far too similar, the character seem to lack the imagination to challenge the wonders from the Capcom games, and it quickly becomes annoying.

Sometimes, it's even hard to see where the extra memory from the cartridge has gone!

But, despite all my criticisms, I can sense that there is a good game here trying to get out, but in my hands, it just seemed to stick its head out before diving back in again.

Some of you, if not many of you, will see this as a possible alternative to the trundle of the Capcom beat-'em-up conveyer belt, but others won't find it the least bit interesting.

Much as I tried to like this, I'm afraid it just isn't good enough.

It doesn't matter how many extra meg you use to spruce up your backgrounds, if your beat-'em-up is a fundamentally staid and unimaginative punchfest lacking the imagination and humour of recent Capcom efforts then it just isn't going to make an impact.

The extra details and animations in the backgrounds are rarely interesting enough to merit mention - I would have much preferred it if the extra memory had been used to enhance this perfect, if unremarkable, coin-op conversion.

Graphics 80%
P. Some of the backgrounds are really well detailed...
N. ...yet others look like 16-bit alternatives

Animation 84%
P. The people in the back, and the general movements of the main characters, are all fluid and well drawn.

Music 79%
P. Nothing overly special but there are a few nice tunes.

Effects 82%
P. Loads of sampled hits, speech and thuds accompany all of the game. And it's all clear as well.

Playability 78%
P. The team mode is a very good idea...
N. ...but its execution leaves a lot to be desired. No real satisfaction is gained from playing.

Lastability 79%
P. Loads of characters and four styles of play mean there is a bit to find.
N. Yet it still becomes boring too quickly.

Overall 79%
Could have been a potential Capcom beater, but has fallen flat on its face. More like Chamber Maid of the Fighters.

It could have been a potential Capcom beater, but instead it's fallen flat on its face. It's more like Chamber Maid Of The Fighters.