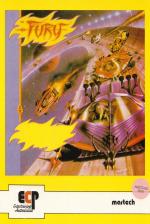 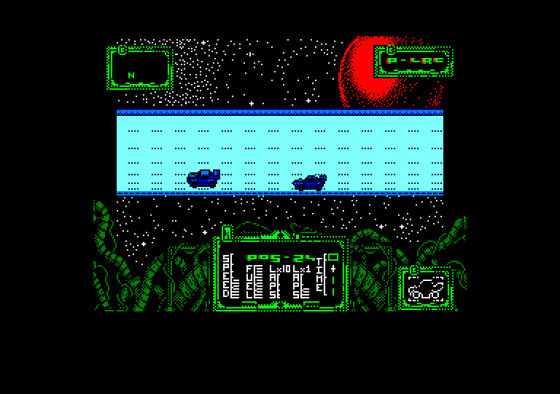 The Rim is a curved track floating in space where beings from all over the galaxy congregate to hurtle around in a demolition derby style race. Your simple task is to stay alive and beat your opponents by whatever means possible.

A narrow bar across the centre of the screen represents the Rim and a view of the galaxy appears above and below it. At the bottom is a panel indicating your speed, fuel and time. A damage indicator warns of impending destruction and a radar displays what's in your vicinity.

There are three types of race: killing races, time runs and tag races. In a killing race you use whatever weapons you can afford to destroy your quota of Noids (other cars) to survive. During time runs failing to finish within the time limit causes you to be thrown out of the race, destroying opponents' cars increases your score by their bounty value and increases the bounty on your head. In tag races one car is chosen to be 'it' and is tracked by a crosshair: the only way out is by tagging another car. The 'it' car constantly suffers damage, so get rid of it quickly! 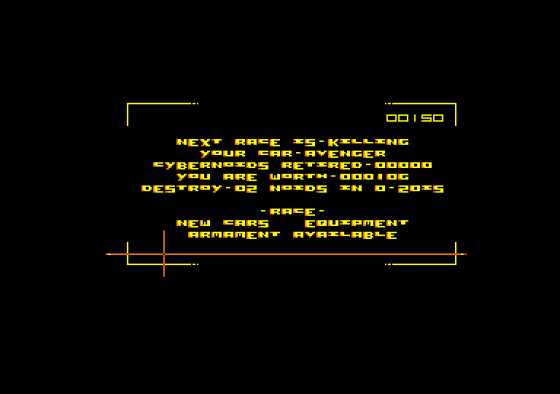 You begin as an Avenger, a bottom of the range car: others can be bought, but you have to earn the money first. Your car can be equipped with flame throwers, rockets and an ejector pod so that you stand a better chance of surviving. It can be repaired too, but it all costs money.

Graphics and sound can be summed up in one word: aargh. The graphics are tiny and give no impression of movement along the track, while sound effects are dire and there are no tunes either.

There are only three types of race and the differences between them are minor. All you get is a simple game of blasting and crashing into opponents' cars and doing your best to stay in one piece.

This idea has been around for years now, and there is still life in it, but graphics let The Fury down so badly that it is headed straight for the budget/compilation ghetto.

Graphics 34%
N. No impression of movement.
N. Poor use of colour.

Grab Factor 47%
P. You'll keep playing for a while, but you won't know why!
N. After the few hours you'll feel there's something missing.

Overall 42%
N. If it was budget it would be good value, but at full price its very poor.

A simple game of blasting and crashing into opponents' cars... and doing your best to stay in one piece. 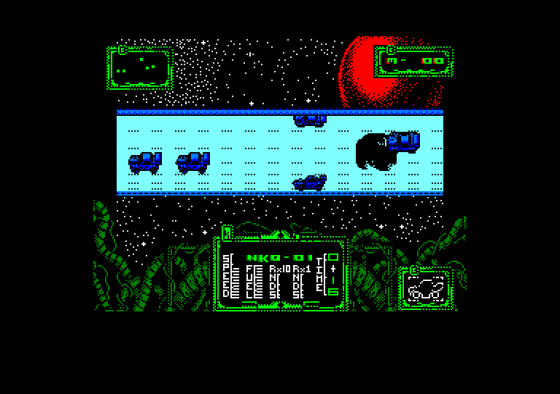