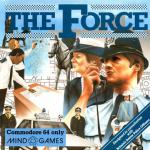 The Force represents an unusual approach to strategy gaming in that instead of being a military commander in charge of winning a battle against an easily identifiable foe by the process of elimination, the player's task is to run a town's constabulary. This presents far more of a challenge to the player, as the police are a peaceful force in a generally peaceful society and the 'enemy' is not easily observable.

The supposedly typical town of Middletown has been created as the backdrop for the strategy. It has many of the features and similarities of a small city, complete with urban, suburban and residential housing; centres of entertainment; industrial estates and the unfortunate but realistic run down, underdeveloped areas. Middletown also has its own airport. Across the town are four police stations. Each has its own particular equipment and type of policing, and your job is to effectively control and co-ordinate these four stations with the aim of keeping down crime whilst simultaneously creating a good community atmosphere.

The individual tasks include VIP visits via the airport, meetings of all kinds, marches, football matches (the town has an aspiring team who are climbing the league, though there has been no trouble to date) and traffic control. Such tasks are incorporated into the daily routine of making sure there are enough forces available during the day's three shifts and, of course, throughout the week.

Gameplay is fairly straightforward as the whole simulation is icon driven. An overall view of the town may be split into any of four more localised views, with a police station at the centre of each. These are shown in pictorial form during the deployment of units. They may later by viewed as collections of colour coded icons which show the crime level there. The lighter the colour, the higher the crime rate in that area.

Units are deployed by selecting the icon for the type of unit you want (foot, motorised etc) and positioning it over the area that needs covering. The diary for the week ahead needs to be checked whilst deploying forces. Any units selected to police the events in the diary have to be taken from the correct station, day and shift. The computer will not allow for error here. A message window at the bottom of the screen tells you how the events go and of any other crimes that happen during the week.

The statistics for the week may be examined to help you devise a strategy for the coming week and to meet the changing requirements of each area under your control. At the end of the week a mini-arcade section puts you in control of the traffic computer. As cars and trucks move along a perimeter road and venture towards the centre of the city, you have to ensure that everything runs smoothly. To change a set of lights, a cursor is moved over a set of lights before pressing the fire button. This changes the direction priority of the lights until the button is next pressed. This part of the game only lasts for a minute, so speed and accuracy are essential for maintaining a good traffic control system. After this has been completed, a message tells you how you're doing as Superintendent.

Whilst Argus Press have taken an original approach to a strategy game, there are problems. Three manuals are supplied with this game - one is a local information guide, another is a training manual suggesting strategies and guidelines for the many problems that might arise, and the last manual explains how to interact with the computer. None of them are particularly good, they constantly stress the difficulty of the situation but offer little in the way of a coherent guide to play. Strategies are expounded with reasonable detail, but the actual instructions for play are sloppy, unclear and incomplete. No proper explanation for the meaning of some of the icons appears, for instance. A first time player will not get into the game very quickly.

The screen layout is good - it's bright, informative and intelligently constructed, but the pointer is a little jerky for easy control, sometimes speeding up or slowing down (and it is occasionally necessary to be accurate and fast when using it). The traffic control section appears to be an excuse to add variety to gameplay without any consideration for the internal logic of the game. It is supposed to represent changes to the programming of the traffic computer, but even if a Superintendent had to be a qualified programmer, it is unlikely that he would need to implement changes in real time. Another approach may have been better in this case.

These are however, small niggles. The real problem with The Force is that there isn't enough game there. Whilst it's subtle to have an 'unseen enemy', what results is very abstract play consisting of not much more than shoving a few icons around a screen. I sometimes felt that it was rather like shooting in the dark. Granted, this is where the challenge is supposed to lie, but it's all too much of the same for me. There are no logistics to consider, no shape to the course of the game and never any obvious signs of progress.

There is no precedent by which to judge the authenticity of the game and I would give Argus the benefit of the doubt and say that it appears to be realistic. However, it must be remembered that the simulation is a microcosm of a conflict of sorts that is still going on around us. There are no historical notes or papers on policing in the eighties. I remember that authors who published books about the Falklands war before the conflict had even been resolved. The real situation in this case has not come to its conclusion as yet and therefore it is quite difficult to judge any kind of conclusion in the game in terms of comparative success or failure. You are only left with extremes. I, for one, am unsatisfied.

Graphics 75%
Workable and clear but nothing outstanding.

Instructions 62%
Plenty of them, but confusing by their omissions in places.

Authenticity 79%
Hard to judge but certainly flawed by the traffic control section.

Playability 64%
Hard to get into at first. Simple but monotonous later.

Value For Money 67%
About as much as you could ask for the game.

Overall 68%
Interesting subject, but the game fails to live up to expectations.

Interesting subject, but the game fails to live up to expectations... and hard to get into at first. 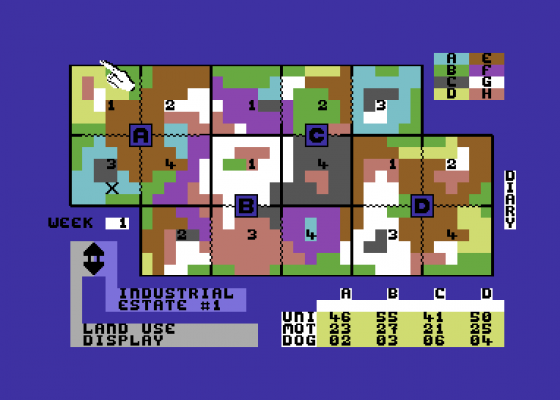 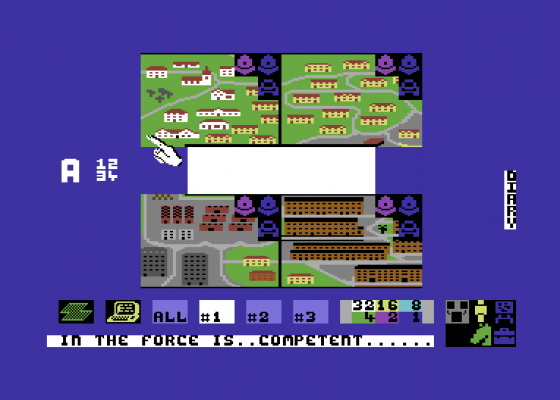 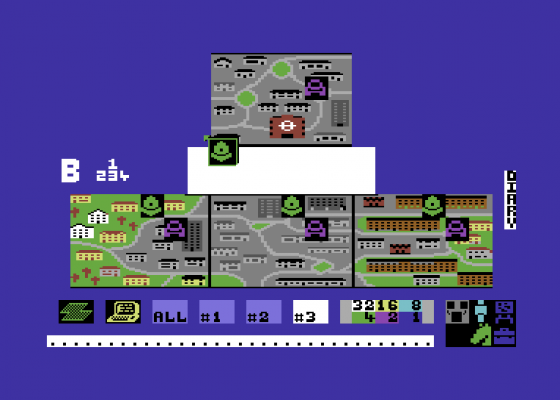 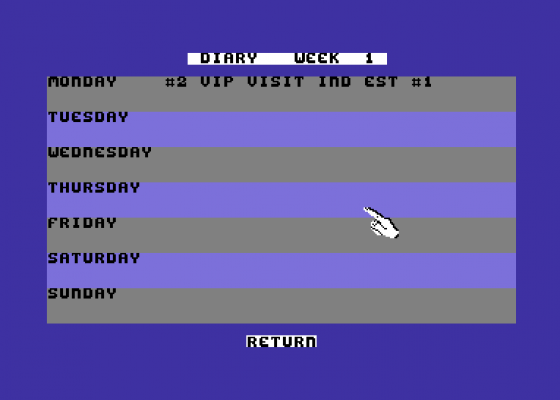