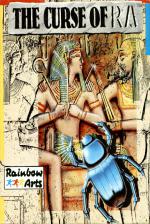 Curses! You've been turned into a scarabaeus and thrown into a system of plan-view, single-screen puzzles. These must be cleared of patterned stones by aligning matching pairs, either vertically or horizontally, to make them disappear. Stones are shifted by standing on them, holding down fire and moving. You can't move around the screen unless you're standing on something solid, so when you eliminate two stones you must have another adjacent stone to walk onto!

To complicate matters, some levels contain immovable stones, slippery ice blocks and disappearing squares. On every level, though, you'll need to get back to your movable ankh stone to finish - giving you a password for the next level.

Options include the basic Logic game, an Arcade game with a time limit and coins to buy useful magical items in the interlevel shop, and a Level Editor allowing you to create up to thirty new puzzles.

I'm not a great fan of puzzle games generally - after which I usually say this one is different. Unfortunately, Ra is no Puznik; merely a very long-winded and dull puzzle game.

The main tricky bit is that some tiles don't move, which can be awkward, but finding out which ones are fixed is simply trial and error. As you progress, more and more tiles are thrown in which makes it all very tedious, burying nice ideas like slippery tiles in the boredom.

C64 owners have the added fun of deciphering blurred and confusing graphics.

Arrrgghhh! I've got a migraine after squinting at all those tiny, subtly patterned squares. The C64 graphics are particularly hard on the eyes - especially confusing with the digitised backgrounds turned on.

Hookability 38%
Simple to get into, probably too simple!

Lastability 44%
Plenty of levels; pity they're all dull. 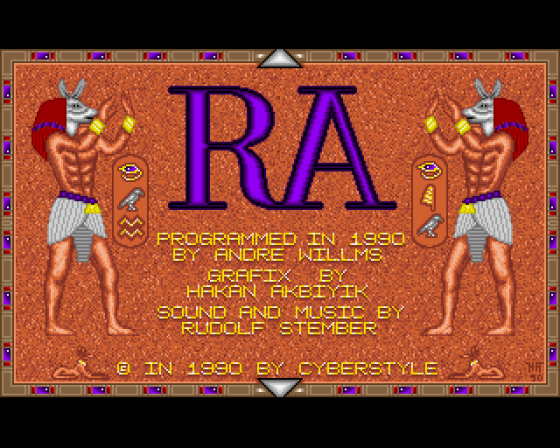 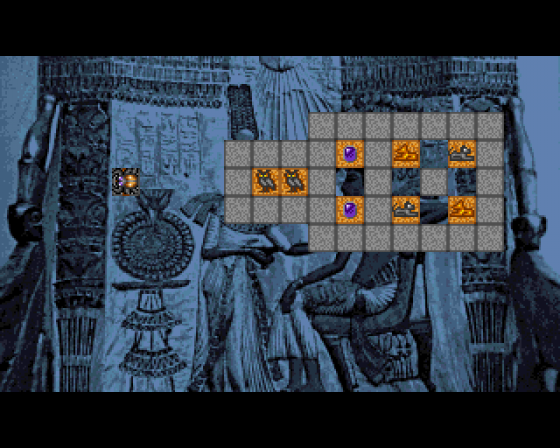 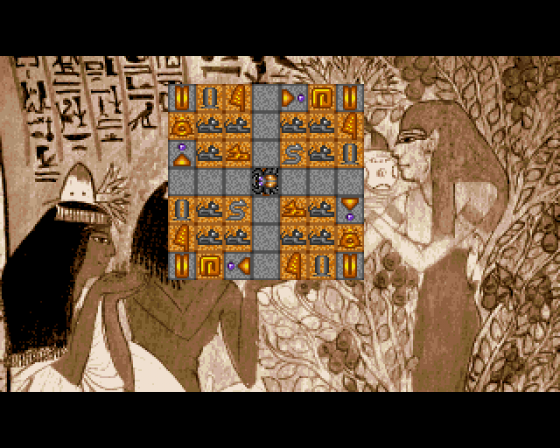 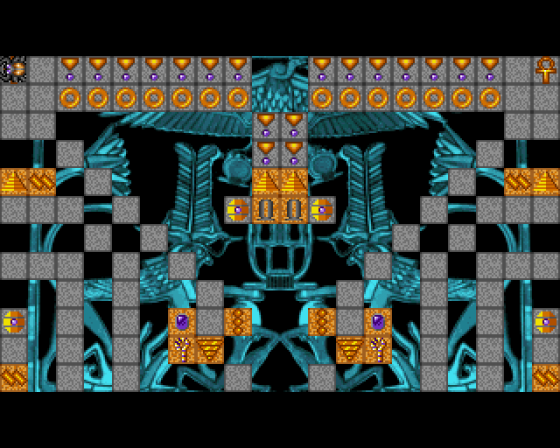 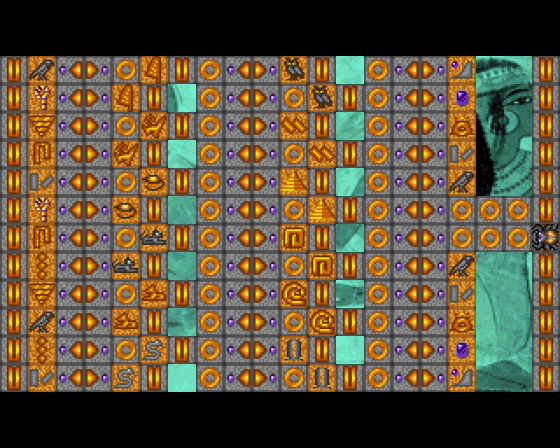