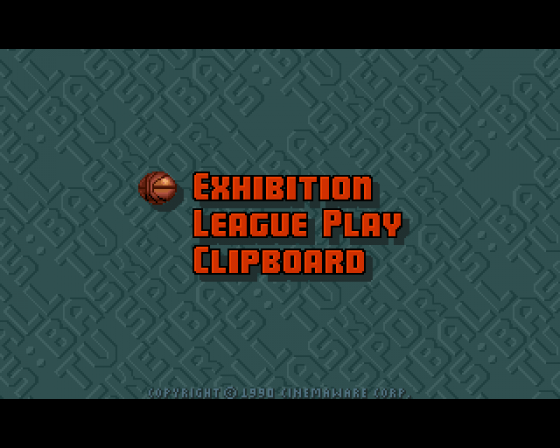 From humble beginnings, basketball has developed into a modern sport with highly paid professionals playing in America's NBA Championship. Cinemaware, however, have their own league: the CWBA, with 26 teams (any of which can be human or computer-controlled) competing in four divisions. Teams may be edited to change players' abilities and names.

In exhibition (friendly) matches, up to four players can compete (using a special joystick adaptor available from Microdeal), either on the same side or two against two. There are also options for the number of players in a team (2-5) and the length of the quarters (3-12 minutes - realtime).

All games start with the 'tip off'. Two players stand either side of the ref as he throws up the ball, and jump up in an attempt to knock it towards another player on their side. 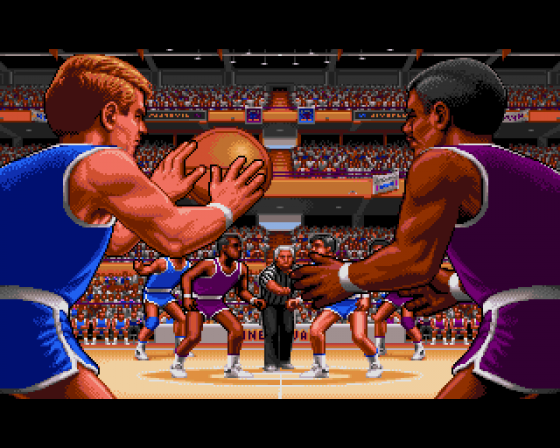 The substitution screen then appears, allowing you to replace tired players with fresh men off the bench (substitution is unlimited) as well as changing their positions and choosing which opposing players they mark. This screen can be called up during play by taking a time out.

There are two ways of playing for your chosen team: you can either switch between the players at will, or play the role of just one chosen player.

The player in possession dribbles automatically. Passing is achieved by pressing fire; the ball is aimed towads the nearest player in the relevant direction. To aid passing, the most open player is indicated by a circle, the colour of which indicates the risk of the ball being stolen by the opposition. 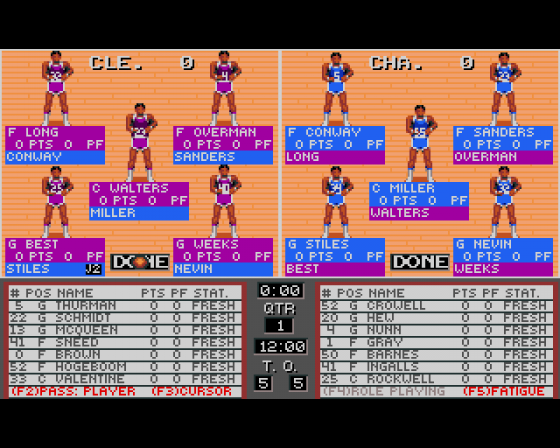 Hold down the fire button and the player jumps up, shooting at the basket when fire is released - shoot at the top of the jump for the optimum chance of scoring. Shots can be blocked by jumping opposing players. But with both offence and defence, care must be taken not to make illegal contact with an opponent. As well as giving away free throws, the offending player could be eliminated from the game if he commits too many fouls.

Direct control of players is only possible at the two ends of the court. When players are crossing mid-court the playcalling screen appears, allowing the offensive team to select a player to try to get open in the subsequent attack. Simultaneously, the defensive team can choose an opposing player to guard more closely.

I was slightly doubtful whether the end-to-end sport of basketball would suit Cinemawares more strategic sports sim style. But although the action is somewhat slow paced, this is a very faithful conversion of the sport. 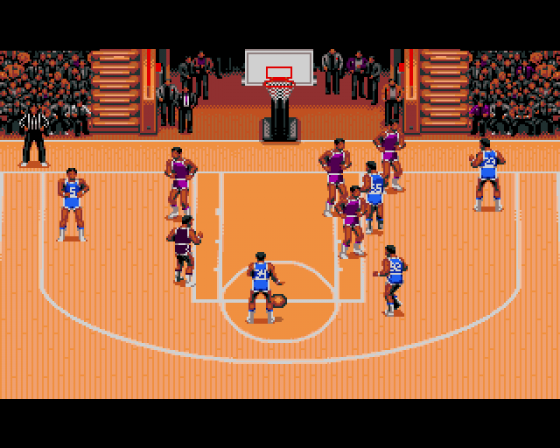 The short game is fun, but it's only in full-length matches that the strong strategic aspects of marking and substitution truly come into effect. The prospect of playing at least 24 league games may seem daunting but, with detailed player statistics and a variety of computer teams (with different styles of play), there's tremendous long-term interest for any serious sports sim addict.

Cinemaware's presentation is as ever excellent with good pre/post-match sequences and disk access occurring only for half-time statistics. In-game graphics are attractive, but the characters are big and it's hard to judge their exact position in relation to other players - this is irritating as the slightest defensive error soon results in a goal.

This leaves tactics, which are vitally important - changing who marks who can have a critical effect on the game. In full-length games fatigue and substitutions add extra depth, but it's a long time to be playing. What's more, all League matches have to be the full length - which could deter the less committed player. 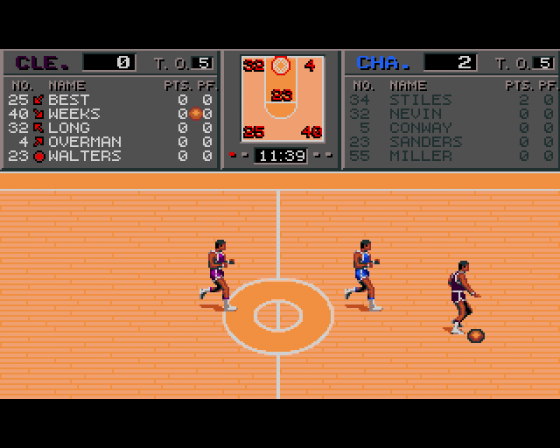 Fans of basketball, and the TV Sports tyle will undoubtedly welcome this release, but the lack of broad appeal makes it a bit pricey for beings less wealthy than myself.

Graphics 86%
Detailed players of different heights, but it's sometimes difficult to judge their exact position.

Hookability 82%
The mere strategic gameplay takes a while to appreciate.

Lastability 88%
A massive challenge which fans will love but others might find a bit daunting. 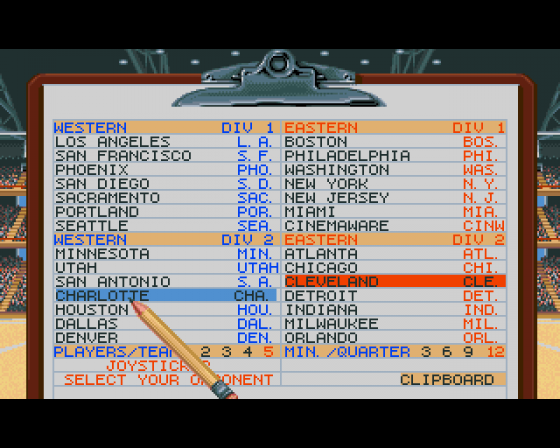 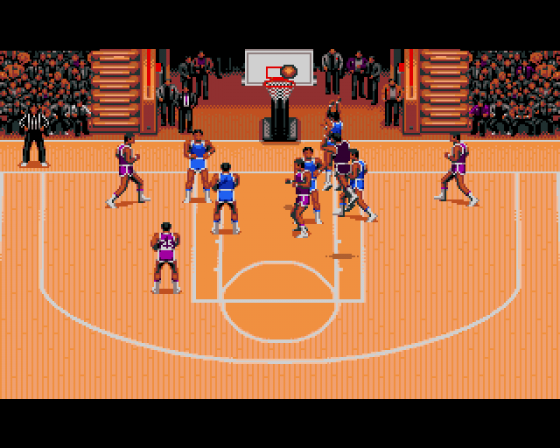