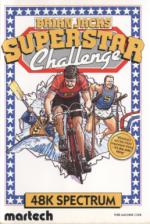 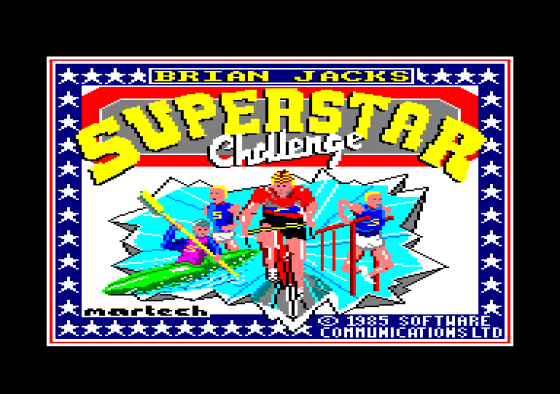 Joysticks everywhere are in for another pounding as another decathlon-style game is launched. This time the hero to be challenged is Brian Jacks and competition is played over eight events.

These include: canoeing, cycling, sprinting and swimming where speed is important. However, the game features a system called powersync where the best acceleration is achieved by a steady build-up of pace leaving the frantic joystick wagglers on the starting line. Swimming also poses the additional problem of breathing at the right time or valuable seconds will be lost.

In the football event you have to co-ordinate speed with control as you have to dribble round three cones before shooting. 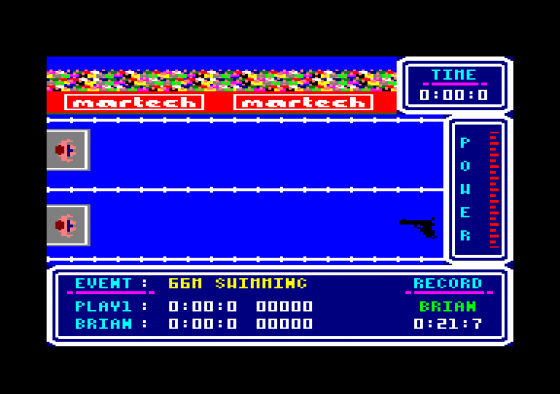 The pace slackens for the other three events. However, this is misleading as I found them the hardest to do. In the boar shoot, you have to fire five crossbow bolts at moving targets attached to bulls. The squat thrusts poses an interesting co-ordination problem as it is extremely difficult to establish the rhythm you will need to ensure a good score. This is because each squat thrust requires three taps on the joystick in one direction but only two in the other. By far the hardest event is the arm dips where one mistake will end the event for you with a poor score. This will be disastrous and will end your challenge.

I found the game more difficult to play than other decathlon style games as there are new techniques to learn, and I would imagine that it will take most people some months to beat the computer opponent. Unfortunately you have to do this before you even get a chance to take on Brian Jacks!

The boar shoot is replaced by archery in the Spectrum and BBC versions, which is a shame as it is my best event!

More difficult to play than other decathlon style games as there are new techniques to learn... It will take most people some months to beat the computer opponent.