1st January 1991
Super Off Road
By Tradewest
•
Nintendo (US Version) 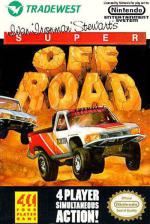 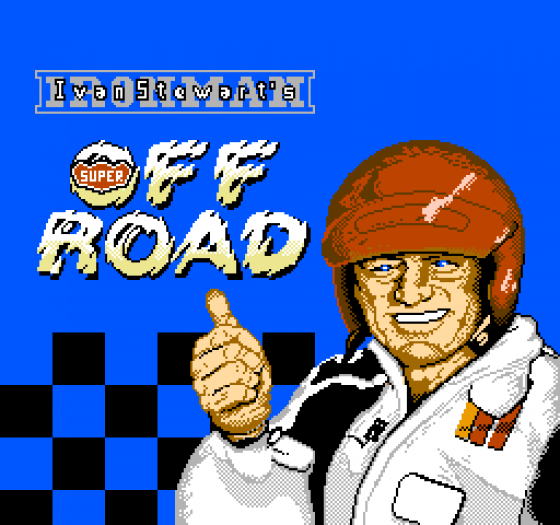 Fancy yourself as a bit of boy racer then, eh? Well, this new NES cartridge enables you to test your mettle on eight of the most gruelling off-road circuits in existence against the greatest racers of this age. Make sure you pack your safety helmet though, because when you take the wheel of a powerful 4x4 truck, it's danger and excitement from the outset!

Like all the drivers who casually risk life and limb on the Off-Road circuit, there is only one goal. Winning races is the name of the game, and the resulting flow of prize money can be used to customise your motor at the Speed Shop.

But remember, you're up against the pros in this game, including the legendary Ivan 'Ironman' Stewart himself, and as the season progresses the opposition continually soup-up their motors with their prize money. Equipment is no match for skill though and on the Off-Road circuit, drivers are faced with unforgiving hazards like deep mudholes, steep hills and massive jumps. 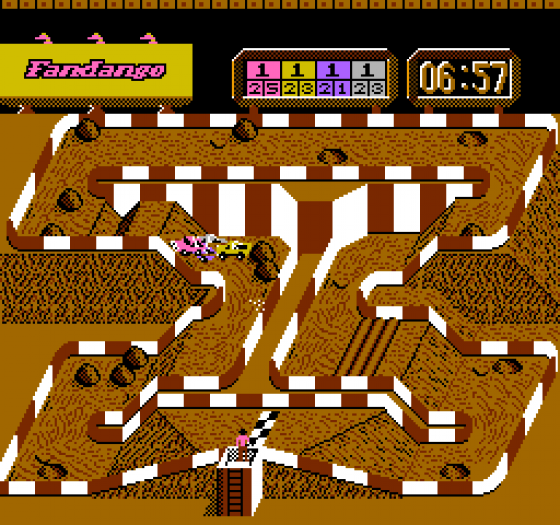 But your truck has one subtle advantage over the non-human participants in the Off-Road championship - nitro power! One press of your joypad's B button gives your truck a huge nitro boost that catapults it down the track, but nitros are in pretty short supply...

For four-player thrills and excitement, you can't go far wrong with the Nintendo Satellite. This little device enables NES owners to link four joypads into their Nintendo for use on games just like Super Off-Road Racer. Gameboy owners fed up with boring old two-player games can also buy a Satellite to connect up four machines.

However, the slight downer is that for the moment, both Satellites are only available in Japan and America - a UK launch is expected later this year. 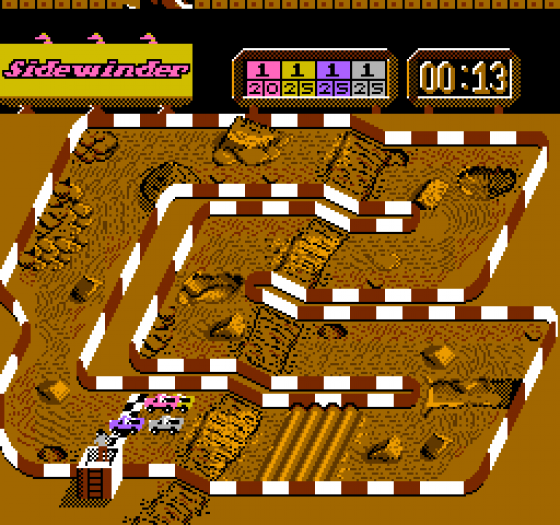 Take your prize winnings (and your truck) to the Speed Shop and burn your money away jazzing up your motor. Extra nitros can be purchased, along with new engines to improve performance and acceleration. New tyres are just the ticket for improving your road handling, and shuuocks help you to recover from particularly nasty jumps 'n bumps.

Eight Off-Road tracks have been crammed into this NES cart, and all carry very strange names, from The Sidewinder through The Fandango to The Big Dukes. But eight tracks doesn't only mean eight races, as you have to complete each track in the opposite direction too!

Also, to add to the confusion some of the later tracks only appear after you've completed some of the earlier levels again. 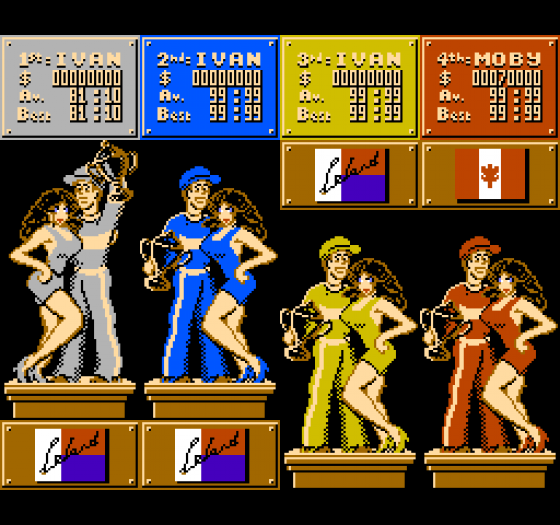 It really annoys me that Super Sprint never came out on the NES, but the release of Super Off-Road more than makes up for it! The graphics capture the coin-op almost perfectly with the minimum of flicker, and the gameplay's pretty decent as well, particularly in two-player mode.

Super Off-Road is a tad on the slow side though, and the nitros aren't quite as effective as they should be. Still, not to worry though, because Super Off-Road is still a fine racer. RC Pro Am still ranks as the definitive NES racer, though.

This multi-player coin-op was a pretty good laugh in the arcades, and I'm pleased to see that all the thrills and spills of the original have been captured in this excellent conversion. 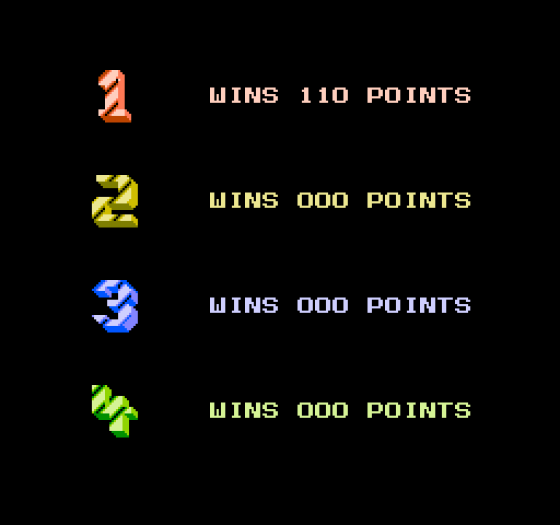 As a one-player game, it's challenging and addictive - especially later on when those computer drivers start getting mean!

Super Off-Road really comes into its own though when two players (or even four players if you manage to get hold of a satellite controller when it's available later on this year) simultaneously participate - many laughs (and more than a few punch-ups) are guaranteed!

Check it out if you're after an original race game with plenty of built-in addiction - and put it right at the top of your shopping list if you get a satellite controller! 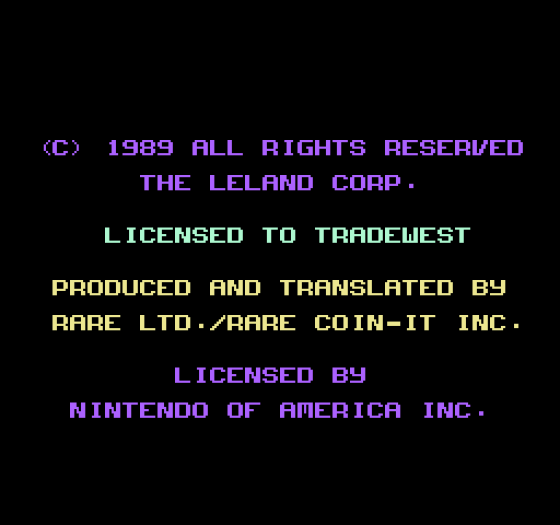 Presentation 90%
Loads of attractive presentation screens to wade through, and the whole game oozes quality.

Graphics 83%
As close to the arcade as you can imagine, with great tracks and fluid animation on the trucks.

Sound 85%
A great variety of tunes and spot effects.

Playability 85%
A bit on the slow side, but Super Off-Road is unsurpassed with two (or more) players.

Lastability 84%
Eight tracks doesn't sound like much, but there's plenty of different races and the multi-player game to sustain interest.

Overall 84%
If you're a Nintendo owner on the lookout for a multi-player Super Sprint-type game - this is the one!

It really annoys me that Super Sprint never came out on the NES, but the release of Super Off-Road more than makes up for it! 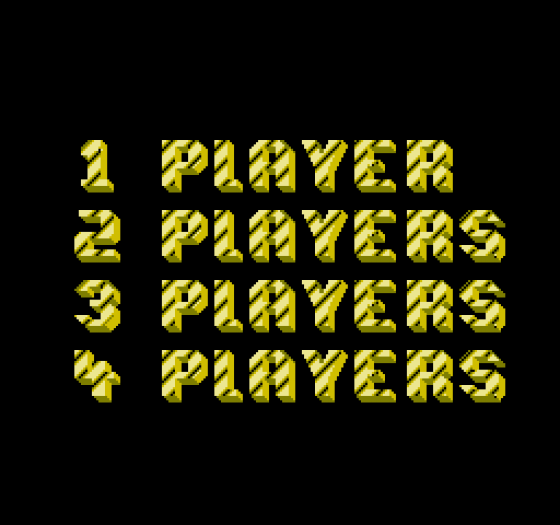 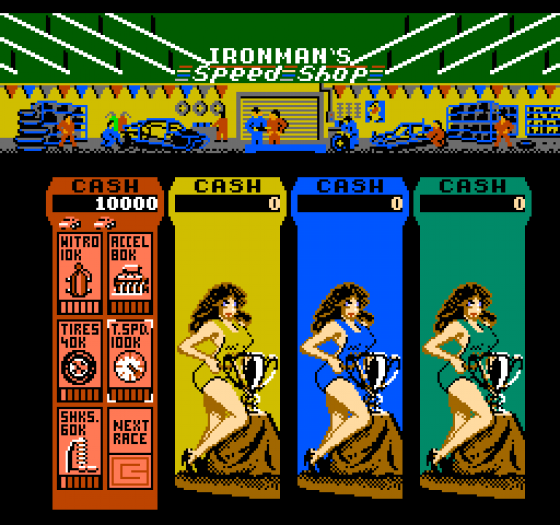 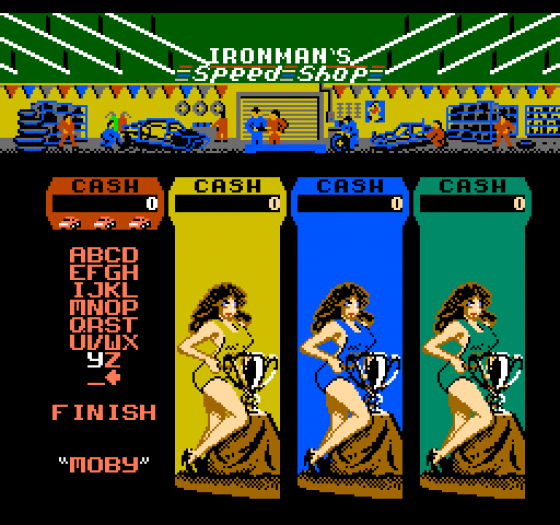 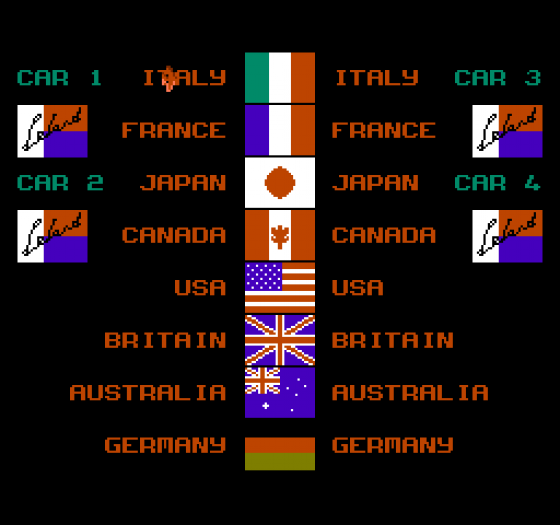