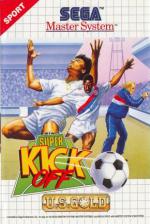 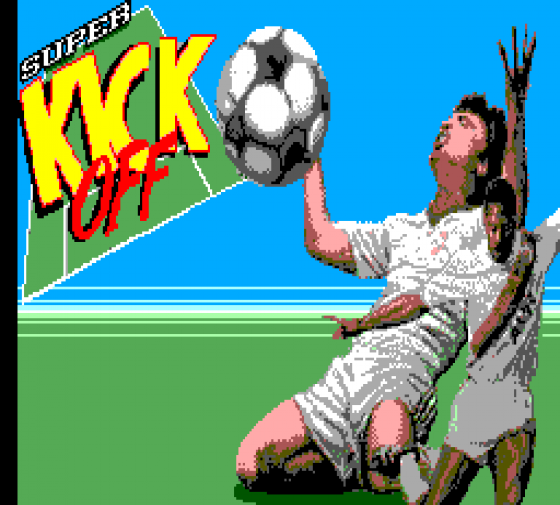 As the name and the screenshots suggest, Kick Off is a football game - but it's not just any football game. Owing to a completely brilliant method of ball control it's the most realistic soccer sim ever devised. In normal soccer games, the ball "sticks" to the foot of the player in possession, but with Super Kick Off, the ball has to be successfully manipulated by dribbling, trapping and scooting - just like real life.

Just about every single rule of soccer has been programmed into Super Kick Off - with the exception of off-sides (according to the original programmers, it slowed up the action). Everything else is included - even fouls, penalties and sendings-off! 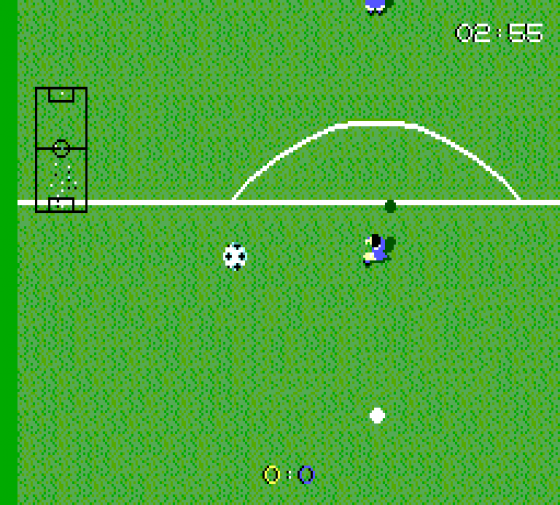 Super Kick Off has many referees included, and each perceives the game in a different way. For example, some of the refs are very short-sighted, resulting in many dodgy decisions - which the cunning player can soon turn to his advantage! However, some of the other referees are eagle-eyed fascists - guaranteed to send off your players at the slightest provocation!

If you're not very pleased with the kit your team is assigned in Super Kick Off, check out this very natty kit design option, which lets you change your shirt colour.

Should you so desire, wind can be added to any game of Super Kick Off. Wind changes the trajectory of the ball when it's in the air (or on the ground if it's a real hurricane!). Using the option screen it's possible to change how powerful the wind is, from a slight breeze to a force ten gale! 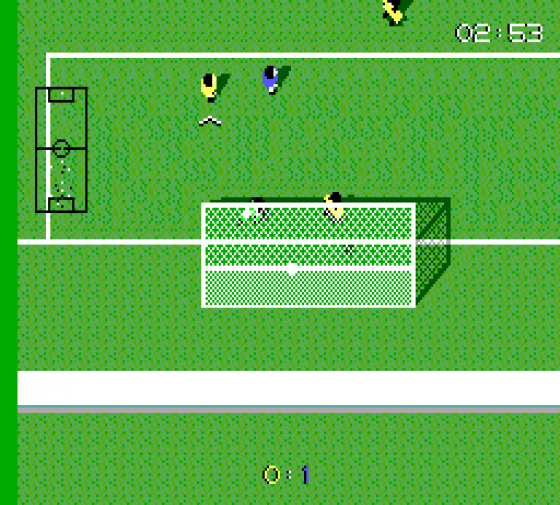 Four different pitch surfaces are available in Super Kick Off. The NORMAL surface acts just like normal, dry grass. WET makes for wetter grass and a slower ball. SOGGY is the slowest option of all, and also makes the players more likely to slip over and injure themselves. SYNTHETIC is the option to go for super-speedy bouncy ball action.

Super Kick Off has some of the crappiest title screen music ever to issue forth from the Master System's inept sound chip - yes, that bad. We're talking about a shambling, twee, out-of-tune, crappy, sad debacle that will have your ear-drums convulsing with terror. We're talking about a forlorn, booming cacophony of notes strung together so badly you could be foaming at the mouth after prolonged exposure. This, and this alone accounts for the lowest sound rating yet given to any game in Mean Machines. As it is, a crowd sound would have been better than the "music" on offer here. Just thank God it doesn't continue during the game!

The world's finest soccer game finally arrives on the Master System... and it's utterly, utterly superb. It's got exactly the same graphics, gameplay and game logic that made the Amiga version one of the greatest games ever written. The controls are superb, although those new to Kick Off might find them a bit strange at first because the ball doesn't stick to your feet like in other football games. Instead you "run" with the ball. It might sound weird, but believe me, once you master it you won't believe the moves you can get your players to pull off! The computer logic is simply brilliant, with your team seeming to read your mind! When you pass there's always another player running onto the ball, keeping play going and making it possible to string together complex, sweeping moves! 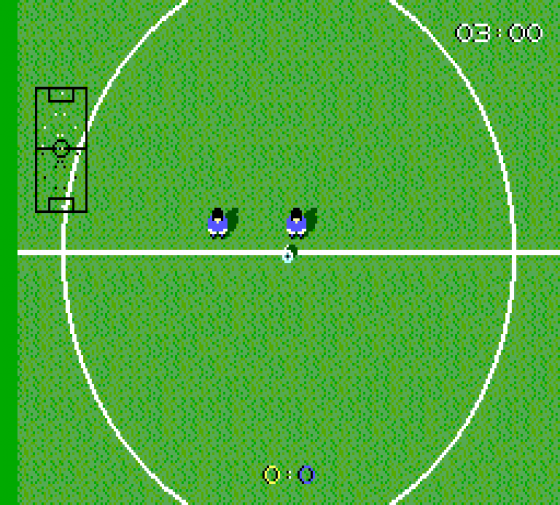 The computer teams are very intelligent, and it takes an awful lot of practice before you can consistently beat them! And even if you do get completely brilliant at the game, there are an amazing amount of gameplay options, two different two-player modes (two players on the same team or two players head-to-head), two different leagues and a cup competition to keep your interest alive and kicking. The only thing that's disappointing about this game is the sound - the title screen has one of the crappiest, most repetitive and irritating pieces of “music" ever heard in the history of video gaming. It's absolutely dire, and the people responsible should have their ears syringed. Other than that, Super Kick Off is a truly outstanding game, offering gameplay, challenge and lasting appeal unmatched by any other Master System game. Under no circumstances should you miss it.

I saw an early demo of this about four months ago. Then, it had the graphic look of the Amiga version but the playability wasn't quite right. Now, after exhaustive play-testing, the Sega version is ready and it's almost as mega as the original 16-bit game! It's just so good to play - the ball control is perfect and the way the computer decides which players to select for action when the ball heads their way is superb. With one and two-player options, a great kit design option and plenty of different pitches and referees, this scores incredibly highly on the presentation side too. The only thing that detracts from Super Kick Off is the sound. Adequate comment on this shambling aspect has been passed in a special box separate to this comment. As a conversion of the best soccer game ever, Super Kick Off delivers in just about every way possible and this game is probably the best £29.99 you'll ever spend on a Sega cart.

Presentation 97%
Every option you could hope for on the most dynamic options screen yet devised on a console game!

Playability 96%
The unusual controls take a bit of getting used to, but once mastered you're addicted for good!

Lastability 95%
The game's just so good to play and has so many options to tweak, you'll be at this for years - literally!

Overall 96%
A totally amazing soccer game - and one of the best games ever for the Master System!

A totally amazing soccer game - and one of the best games ever for the Master System! 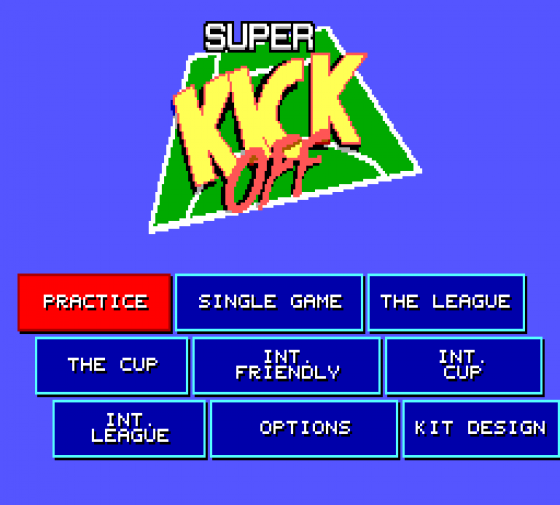 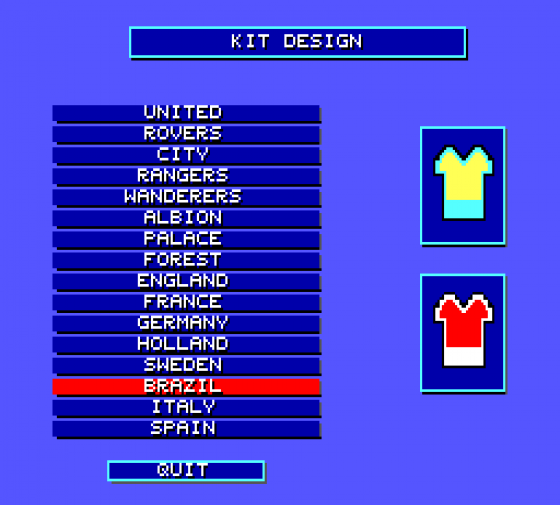 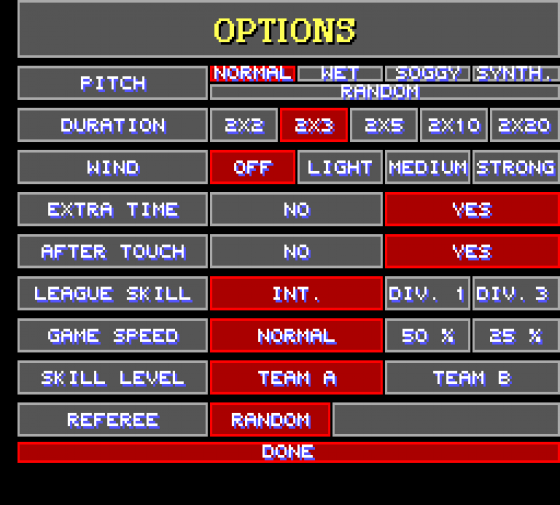 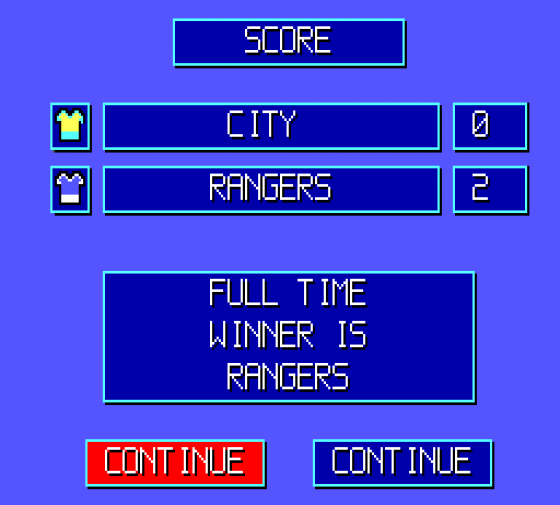 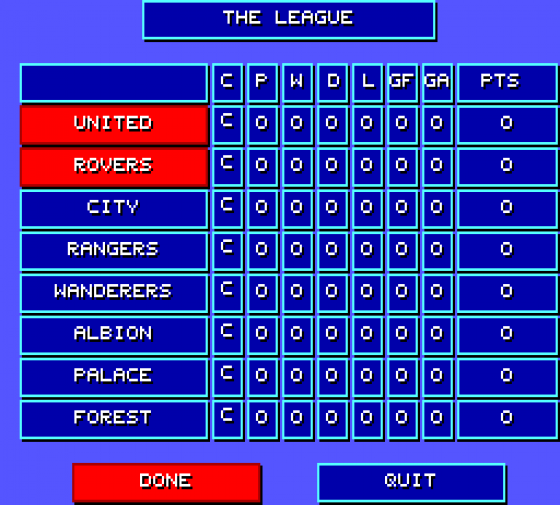 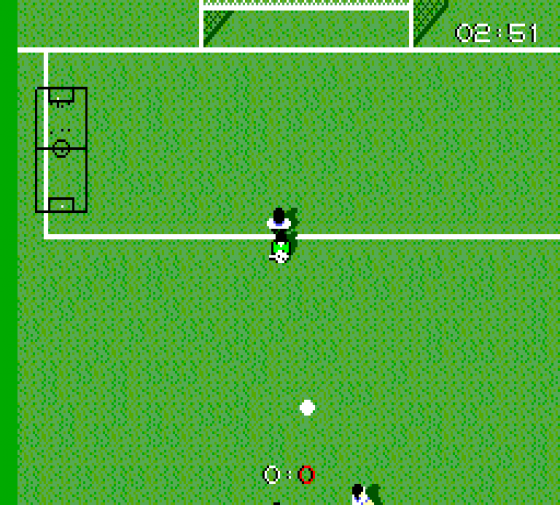