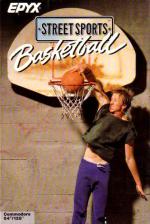 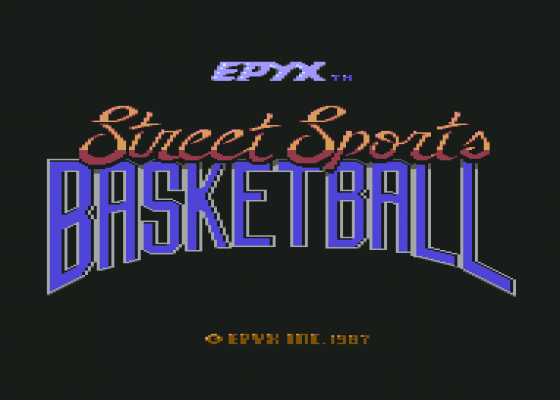 Swap the grass diamond for a parking lot, the homebase for a trash can lid and Babe Ruth and Joe DiMaggio for Bojo and Kitty from the next block. This is street level Baseball with local kids forming the teams and the two 'ball parks' consisting of a vacant patch of waste ground and a deserted car park.

Having decided on a one or two player game, a coin is tossed to see who gets first choice of player. A group of sixteen kids appears loafing around a building frontage, and a cursor is guided from person to person to make the selection. As the cursor falls upon each youngster, a head and shoulders picture is displayed, together with details about their style of play. Having put a full team together, you can adjust the positions and batting order to suit - alternatively, you can go straight into the game. Selected teams can be altered to suit, or saved to disk as required.

Depending on the location you have chosen, the selected diamond appears as a split screen. The main display shows a close-up of the current action, and to the left an overhead scene gives a view of the entire play area. 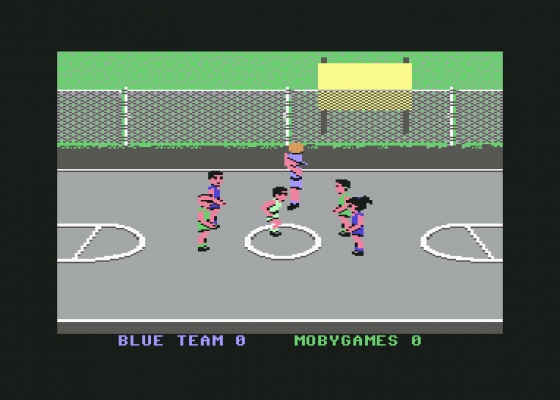 The visiting team bats first, with the overhead view showing a close up of the pitcher and hitter. The pitcher throws the ball by pressing Fire, and has control over the ball's flight until it passes the plate, being able to swerve it left or right, and alter the speed of flight. Batting is merely a matter of pressing the Fire button at the correct moment so that the bat makes contact with the ball.

When the ball is hit, the main displays changes to a view of the corresponding fielder as he or she attempts to catch or stop the ball. The overhead scene shows the relative positions of the ball, fielder and batsman as he runs from base to base.

Whenever a score is made, the corresponding information is displayed on a panel above the main screen. This display also includes details about the current batter and innings. 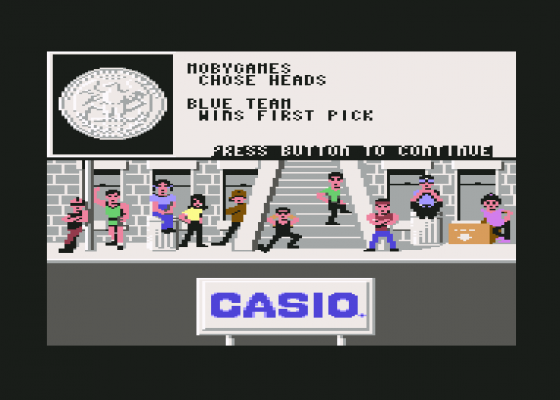 A normal game is made up of nine innings and if the scores are tied at the bottom of the ninth, the game continues by innings until a winner has been decided.

This is definitely one of the best baseball games around, boasting beautiful presentation and a very novel approach. Each player's characteristics *are* visibly different, and it's infuriating when a particularly useless player drops the ball, or throws it very slowly.

The trouble is though, when it boils down to it, Street Sports Baseball is just another in a long line of baseball simulations. The different players' characteristics and strange settings are something new - but otherwise it plays the same as almost every other baseball game on the market. 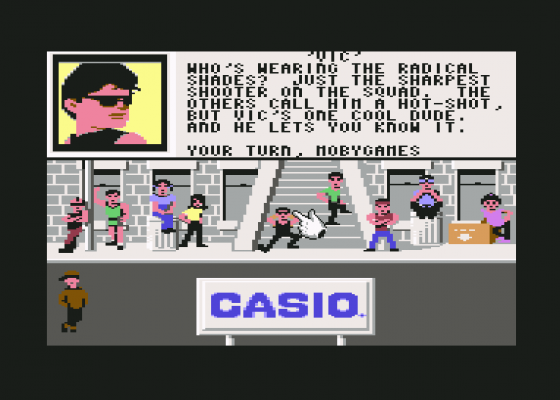 There's a real sense of fun generated from the moment that this program has loaded. The team-picking sections are quite enjoyable, providing a background and team spirit which lasts throughout the game - and the different player's characteristics add a lot of variety to the proceedings.

The only real problem is the lack of control in batting mode - the player has no real control over where the ball is going, and vital shots such as punts and ground strokes cannot be executed.

I hope that the rest of the Street Sports range live up to the high standards set by this product, and I look forward to seeing the gang again pretty soon. 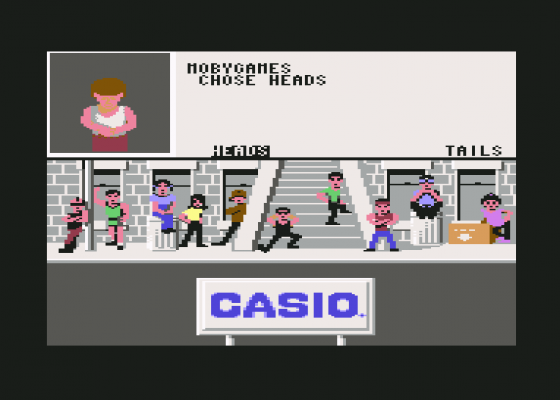 I really like the idea of having a non-professional baseball package, and this game's presentation suits the idea perfectly. It's nice having players that are slower than all the rest, and even those who drop the ball during tense moments!

The pitches are also pleasantly tatty - littered with debris and having makeshift bases. Although there's a more-than-worthy computer adversary, it's in two player mode that the game really comes to life, and I found it enjoyable and lively to play.

Obviously, if you don't like baseball then this Epyx offering is in the wrong ballpark completely, otherwise I can thoroughly recommend this as an addition to your sports simulations library. 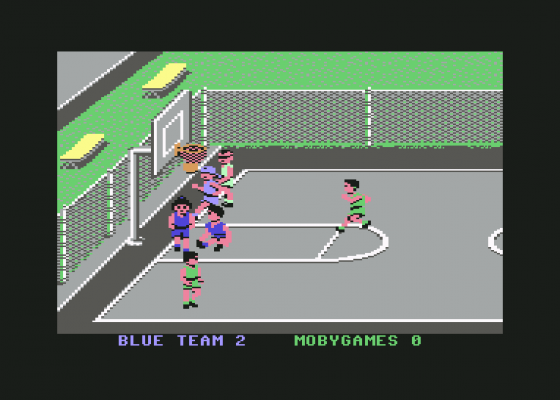 Graphics 86%
Occasionally lacking in the animation department, but otherwise good.

Hookability 75%
The timing of the batting takes a little getting used to but the urge to succeed is great.

Lastability 70%
Should find its greatest lasting appeal in the two-player mode.

Overall 82%
A fresh approach to an otherwise jaded format.

A fresh approach to an otherwise jaded format. 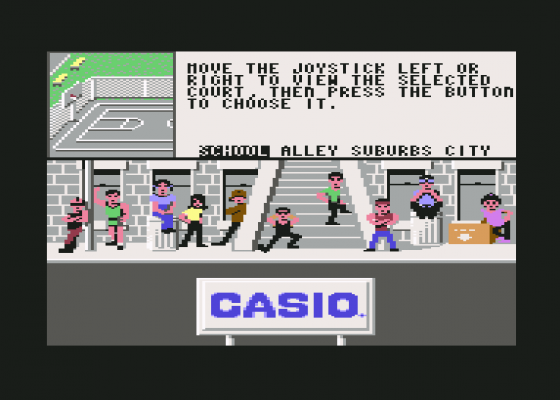 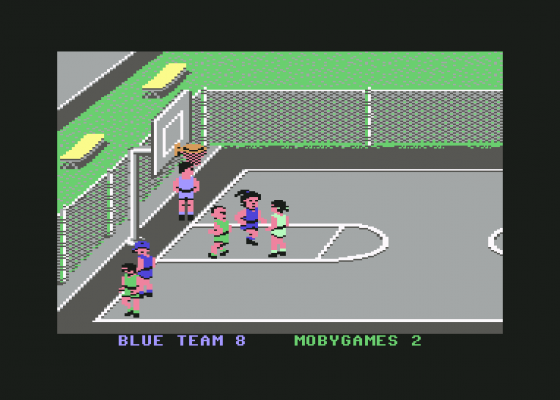 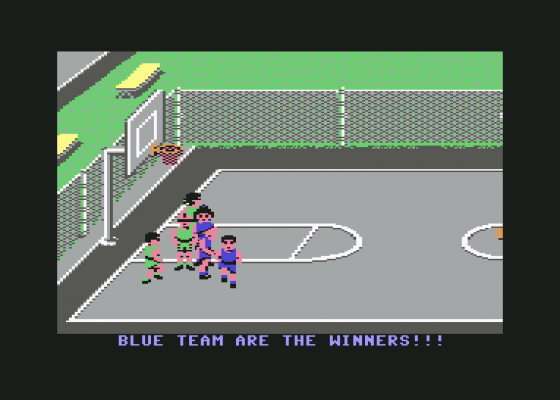 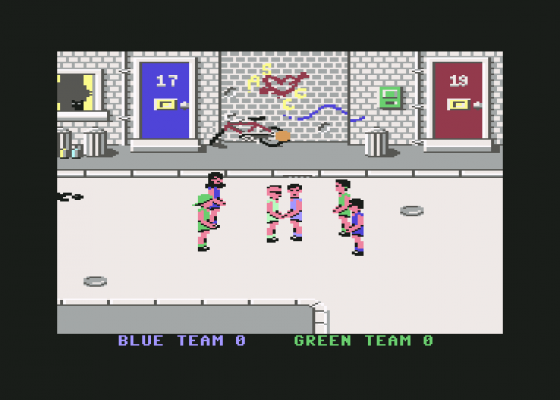