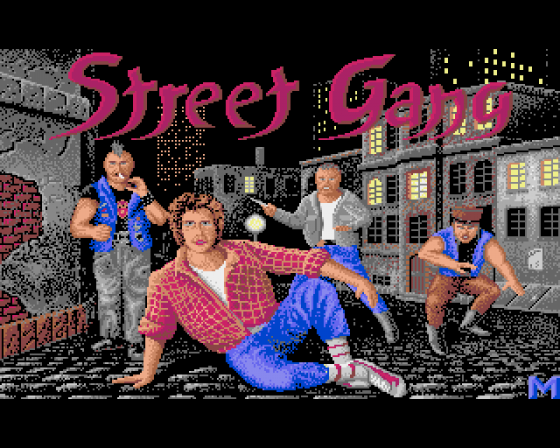 Apparently, the 'in' thing to do in New York is join a gang of psychopathic thugs who enjoy dispensing physical violence to innocent passersby. Mickey can only make friends if he wipes out the hoods who make up a rival gang, the Disciples, and takes out its leader, the notorious Curl.

Iron man Mickey can deliver quite a smack in the mouth and when duffed-up enemies drop their weapons, he can pick them up to use himself. Er, and that's it, really.

This must qualify as one of the worst Amiga games around! The animation is a real laugh - all the tough characters mince along as if their shoe laces are tied together! Mickey's repertoire of offensive manoeuvres only extends to a weak right jab while his adversaries fire guns and tear gas at point-blank range! 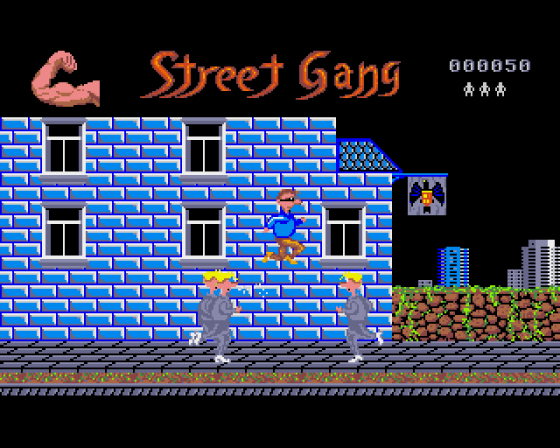 You'll be lucky to make it to the end of the first level. I take that back, you'll be very unlucky to reach the end of the level, because there awaits the most pointless bonus game ever. Just pick up one of the dustbin lids: if the wind's in the right direction you won't get blown up! Well, what do you expect for fifteen quid? Much more than this game could offer, I'll be bound.

I was expecting to see something impressive when I saw that this was a game from the creators of Great Giana Sisters, but this is the worst Amiga game I've seen. The gameplay is sluggish and uninteresting, the sprites wibbly and the backgrounds boring.

After struggling to reach the end of level one, being greeted by the most boring bonus level imaginable was *not* amusing. The blurb on the packaging suggests that life is 'dull and boring' until you join a street gang. This kind of phrase, coupled with the violent score table graphics directly promotes violence and is fairly unforgivable. 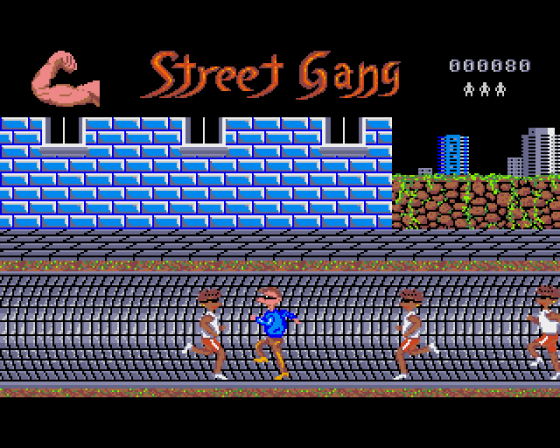 I'd go so far as to say that Street Gang shouldn't be sold in its present form.

Sound 54%
No sound effects but a reasonable tune plays throughout.

Lastability 7%
Repetitive and frustrating all the way through.

Overall 9%
The questionable subject matter and lousy game go together to make a combination worthy of nobody's attention.

The questionable subject matter and lousy game go together to make a combination worthy of nobody's attention. 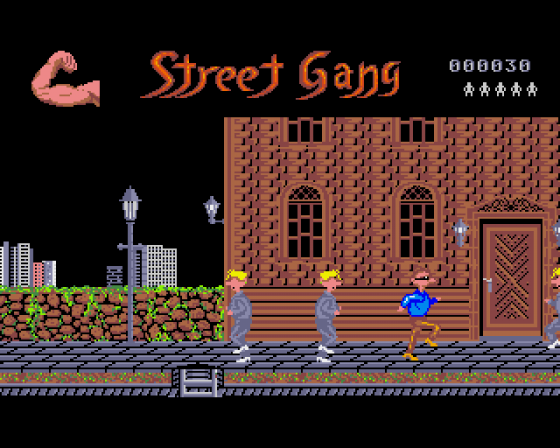 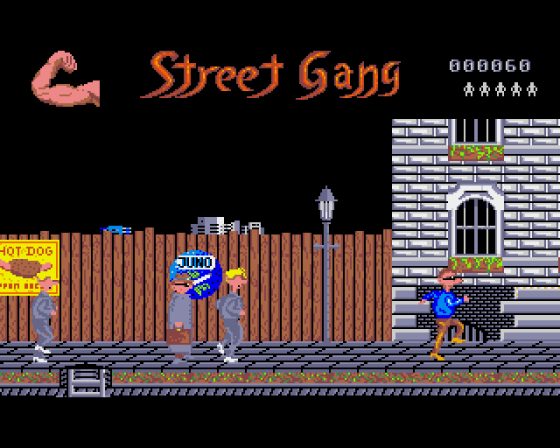 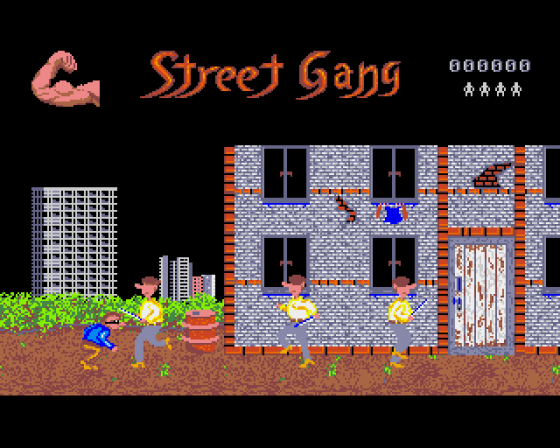 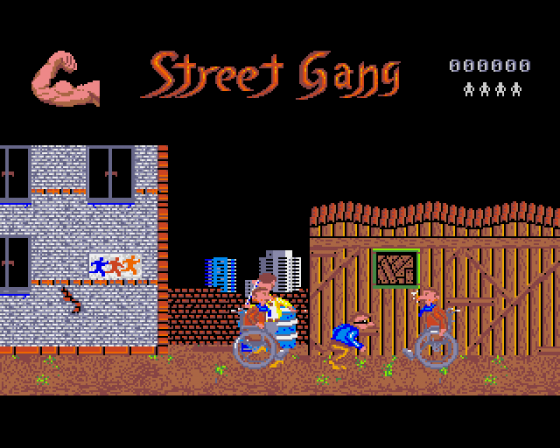 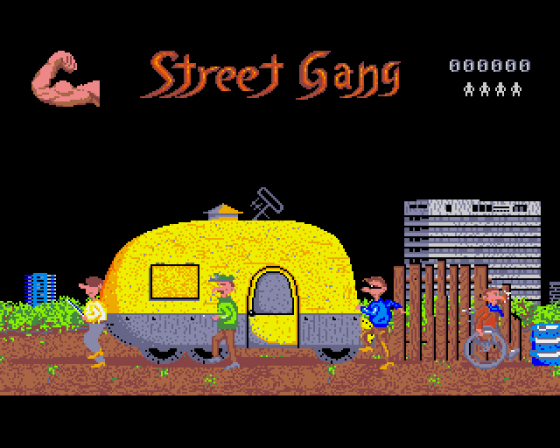 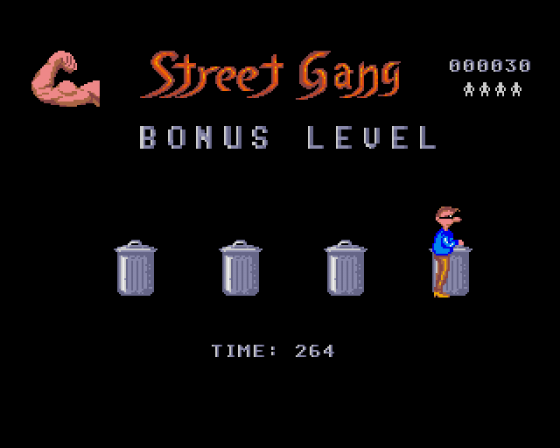 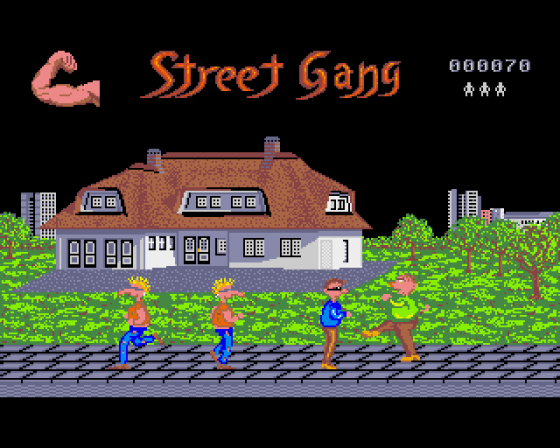