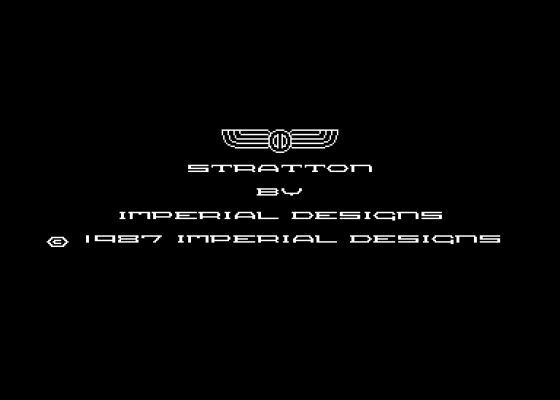 In 2870, the fully-automated Stratton Air Terminal was constructed. Its ill-fated official opening became a disaster, however, when a bomb which had been planted aboard the visiting Imperial shuttle was detonated. The resulting explosion damaged the Central Brain, activating all the defence units and trapping the survivors within the complex.

The grounded shuttle remains capable of movement, though, and it's the player's task to deactivate the defence system and escape from the terminal. This is achieved by guiding the shuttle through each labyrinthine level and blasting the many data circuit breakers that are located around the complex. These breakers appear as raised pyramidal units which, when destroyed, halt the flow of information along the main data buses. When the last breaker is removed, it triggers a shutdown of all mechanical and computerised services inside the terminal, including the malfunctioning defence systems.

The playing area is viewed from above and scrolls vertically or horizontally, dependent on the current level. Levels are accessed by marked doorways and can be re-entered at will. 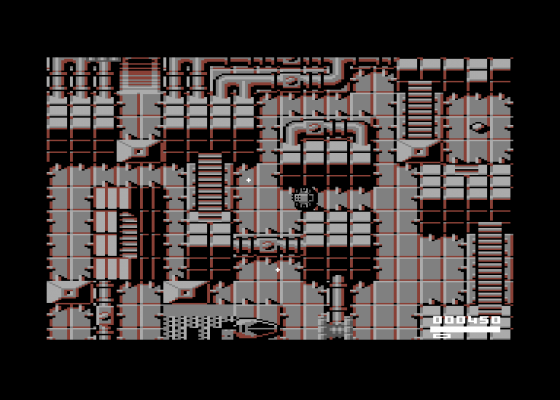 In the bottom right of the display screen are two information registers: a horizontal bar displays a diminishing energy store, and separate blocks represent the number of lives remaining. Energy is depleted severely by excessive use of bullets, contact withg ground or air defence systems and machinery, and by collision with enemy missiles.

The program is available in both 64K and 128K modes. 128K mode has a larger playing area to shut down, and more animated machinery within the landscape.

CRL have my admiration for attempting another 128K game, but unfortunately, C128 owners still have nothing to cheer about (and C64 owners even less so).

Stratton is awful. Yes, it looks extremely smart: the graphics are exceptional and there's plenty of detail, but the gameplay isn't just lacking - it's non-existent. Whether playing the C64 or C128 versions, Stratton is very tedious: you get that, "is this all there is to it?" feeling almost immediately.

This is a pity since of the last few CRL games, Stratton is by far the most well presented, smooth and attractive. The scrolling is good and the music is actually quite decent. Unfortunately, it's gameplay that counts - and Stratton is practically innumerate.

The graphic detail in Stratton is excellent: the backdrops are superbly designed and beautifully animated, creating an atmosphere of sombre industry.

The use of colour and shading is brilliant, and the movement of the pistons and the opening and closing of the shutters has to be seen to be believed!

Unfortunately, the gameplay fails to live up to the expectations generated by this atmosphere: it's basically just a simple maze game which involves destroying ground installations and air-attack craft. The more you progress, the more you realise that this is all there is to it: after a while it becomes extremely tedious performing the same task over and over again.

The C64 version is particularly frustrating, but the C128's difficulty level has been relaxed, and some progress can be made.

In either mode, however, the gameplay is equally weak: at this price it just isn't rewarding enough.

Graphics 86%
Beautiful but repetitive backdrops with a little more variety on the C128 version. Scrolling is slightly slow however. On the C64, it's more smooth.

Hookability 41%
Easier than the C64 version, which makes it a little more enjoyable.

Lastability 27%
The C128 version has many more locations over the C64 one, but the similarity of landscapes and repetitive nature of the task negates this fact. 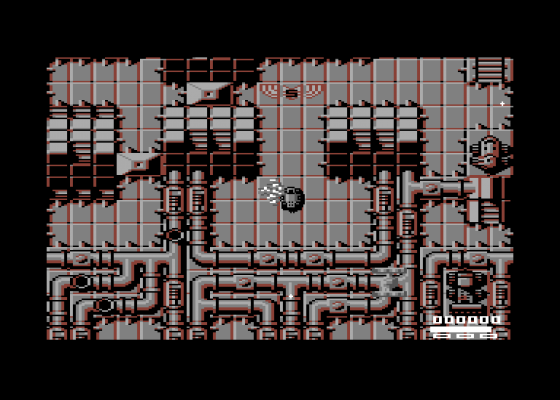