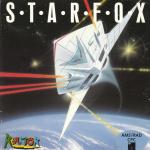 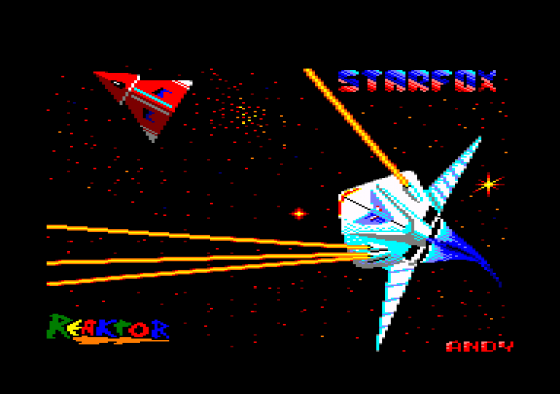 Take the combat module out of Firebird's Elite and you've got Star Fox, with one very important difference. The wire-framed attack ships are colour-filled and the resulting combat sequences aren't noticeably slower.

You play Hawkins, a Star Fox flyer in the Hyturian System. Peace has reigned since the System was enclosed on a Rubicon cube protection system, but now the cube has been breached and a new planet has drifted into the galaxy.

The inhabitants are hostile and attack everything that enters the planet's path. Suddenly, your mission is to chase and destroy these aliens through eight levels of gameplay. Not only that but each level contains a task, revealed at the beginning which you must complete before you go onto the next. 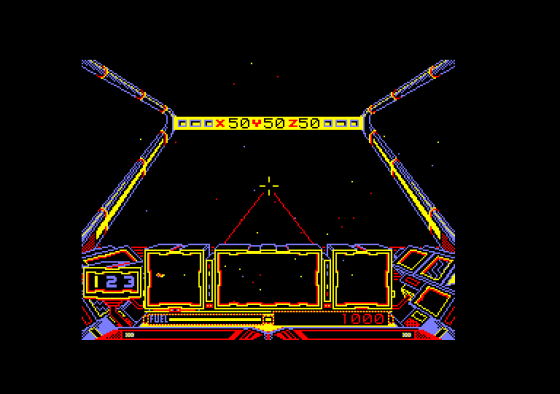 Your Star Fox fighter is equipped with a simple MK1 laser at the start of the game which, according to the instruction manual, is fairly useless. Eventually you get the opportunity to find and visit one of the eight friendly, federated planets. Each is hidden by a wormhole in space, so the location is difficult to find, but once you're there you can repair your ship and upgrade your laser power. One visit only is allowed per level so you'll have to rely on support ships, who're out there with you, to keep your fuel supply up and laser power flowing.

As if the aliens weren't enough, you'll also have to fly through electron and ice crystal storms. If you're used to dodging asteroids you'll have no trouble with these smaller objects but if you're at turbo speed you're in for some bad damage.

When you've finished one level you have to get off the Cube and into the next. Select the orientation display, which shows your ship in the middle of a huge cube and rotate it to the point where the nose of your Star Fox is facing the exit point. Then head for it and time warp to the next stage of the adventure.

Star Fox is a repeat of so many games. Starion and Elite being the favourites - but it contains enough style of its own to make players who pant after this type of game sit down and take note.

Star Fox is a repeat of so many games, Starion and Elite being the favourites - but it contains enough style of its own to make players who pant after this type of game sit down and take note. 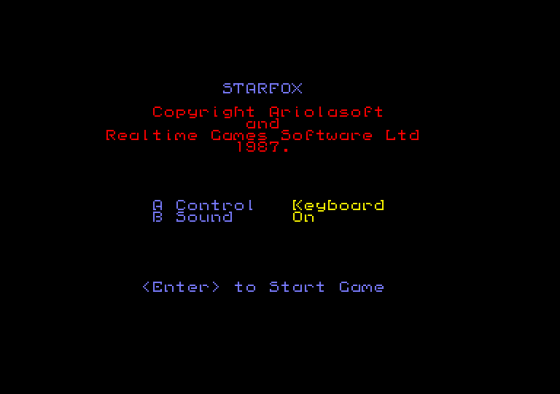 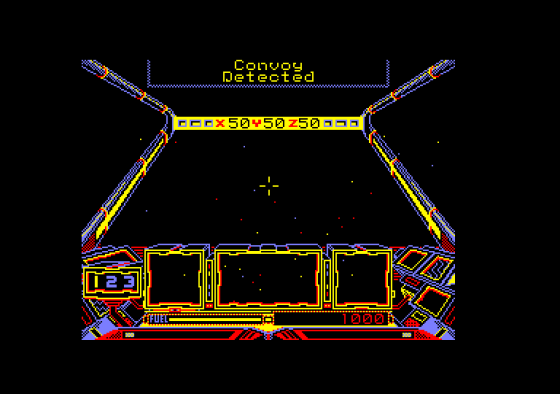 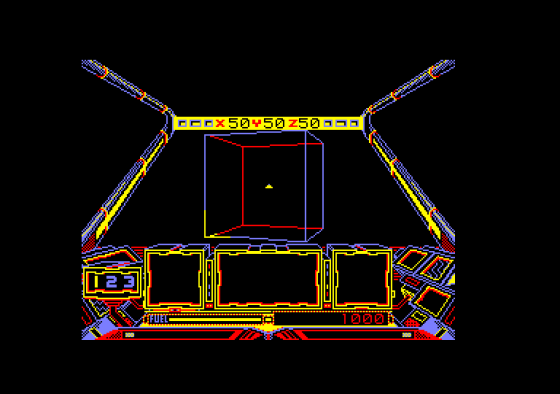