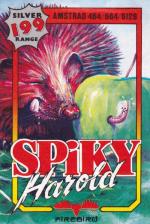 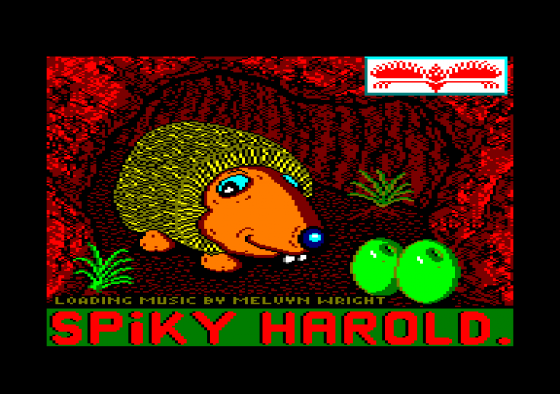 Yet more cute characters from Firebird; this time the hero being a hedgehog called Harold, trying to cope with the hazards of a very hostile garden. His pleasureable task is to try to collect all the fruit and goodies that have been left lying around and under the garden, so that he can prepare for hibernation.

It's a platform/exploration game in which the garden is split up into three main areas. There's above ground where Harold can take a stroll in the grass, underground tunnels composed of a very red clay soil, and the pond where he can get more than just his toes wet. All three areas have bits of fruit spread around them, and in addition there are other flowers and objects to brighten up the view.

Harold is delightfully animated as he makes his way around the ghastly garden. He walks on his back legs, his spikes bouncing around on his back, with a happy look on his face and a great jumping action where he crouches and then waggles his legs as he flies acrobatically through the air. You'll believe a hedgehog can fly. 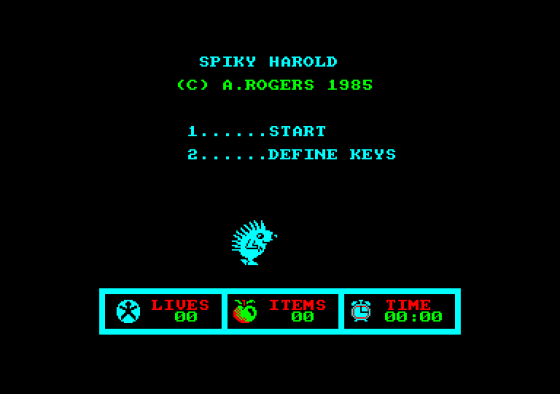 He also displays an impressive array of teeth when he eats the goodies - pity he doesn't use them on the garden's nasties. There are plenty of things to get his gnashers into though - including apples, cherries, grapes and the odd glass of wine. The wine has a rather unnerving effect on Harry because until he gets off the screen it reverses the controls, which can initially be rafter confusing.

The other animals that threaten Harry are also well drawn and animated, including little chicks, wasps, flies, worms, mice, birds, clouds, fish and some decidedly non-biological threats. These feature on just about every screen and follow movement patterns that have to be worked out so that they can be avoided more easily in the future. This is often tough because it requires split-second timing and because the creature's movement patterns intersect differently if left to repeat their routes.

Touching any of the moving animals with a snout, spike, foot or such will result in the loss of one of Harry's 20 lives. That may sound like a lot of lives but it's very easy to lose them and you'll need every one to complete this task. Only experience will teach you where to go and when, but in some situations a suicide leap for a piece of fruit is needed.

The use of colour is disappointing throughout the game; with a bit more work and imagination it could have looked a lot nicer. There isn't much sound in the game but it does have a nice version of 'Flight of the Bumblebee' during the title screen and 'An English Country Garden' while the game is loading. The gameplay is quite tough, putting a lot of pressure on the player's timing, but at heart it's just a simple "explore and collect" effort. A good budget title that should give a fair amount of fun.

The animation is okay, but those single-colour characters are really drab. As for gameplay, there are some vicious timing problems but not a great deal else. Not bad for the money, I suppose, but more colour and a bigger playing area would both be welcome.

N. Not much use of colour.
N. If you don't like timing and pattern problems, it won't be much fun.

Not bad for the money, I suppose, but more colour and a bigger playing area would both be welcome. 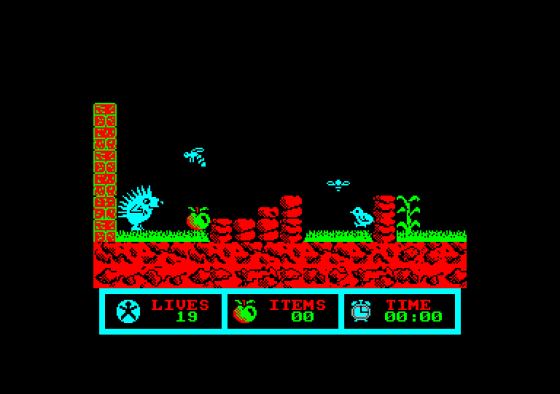 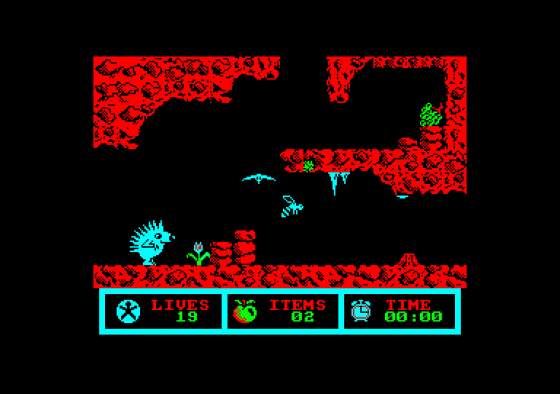