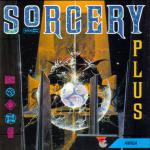 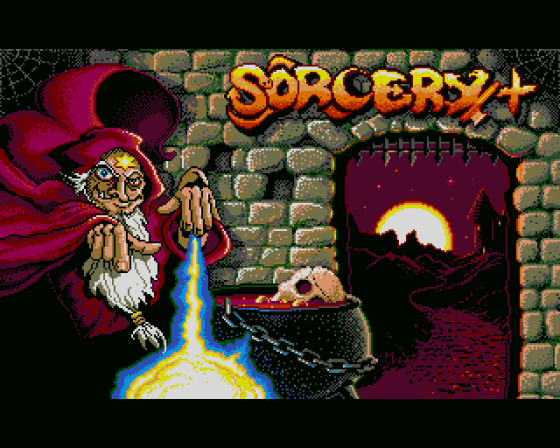 Long ago, in the days of dark castles and magic, a pretty warped head honcho decided that he wanted to be the master necromancer. To ensure success, he decided to make sure that all the other sorcerers couldn't combine their power and thwart his plans. Killing them would let them join their souls and become a powerful joint consciousness, so instead he has imprisoned them all over the realm, guarded by various minions in the shape of demons, ghosts, Maff Evanses and other fiendish apparitions.

You are a magician who has managed to evade capture and is duty bound to set things right. You've got to enter the realm and release the captured sorcerers, and then face the might of the necromancer himself!

Groogly! Behind Sorcery's nice graphics and spooky sound effects is one of the most unplayable games I've seen for ages. 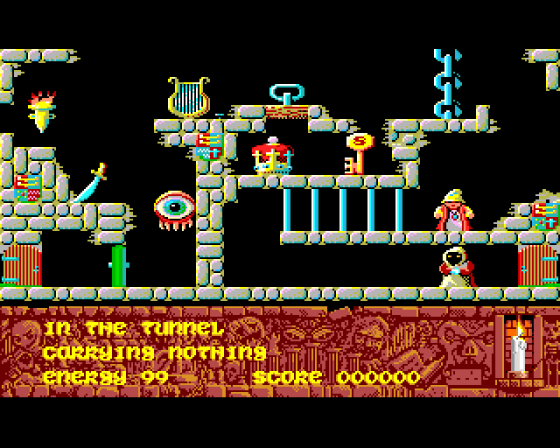 For a start, you only get one diminishing energy bar to see you through your mission, and as soon as you enter a screen the monsters home in on you, unimpeded by such petty details as solid walls. After four or five screens, you're wizardburgers!

Maybe in that time you'll have had a chance to bump off three or four spooks, but that's as far as it gets - there's hardly any chance to use objects to solve puzzles or rescue other wizards! For frustration-mongers or geeks in high tax brackets only.

The reports, I heard of the original Sorcery were 'unfavourable', and it looks like things haven't improved since then. Even with a more powerful machine to work with, Virgin have still managed to come up with a slab of unplayable drivel under the name Sorcery Plus. 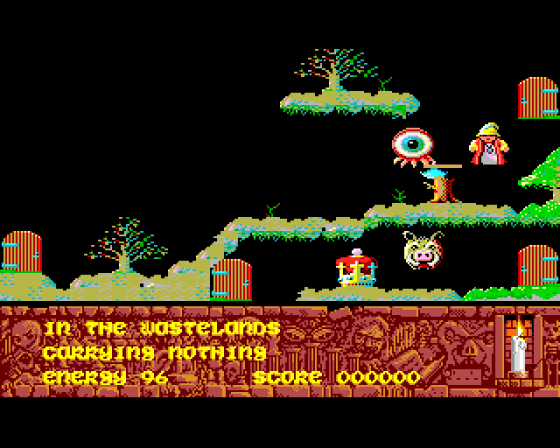 Expectations are high on seeing the impressive title screen, but on playing the game we find that the programmers have forgotten something very important: the gameplay. Whipping from screen to screen unavoidably crashing into monsters which continually sap your non-restorable energy is not me idea of enjoyment.

A warning to arcade adventurers: Don't buy Sorcery Plus!

Presentation 30%
A high score table and a title screen. Not much really, is it?

Graphics 71%
Some decent sprites and backgrounds give a good first impression.

Sound 62%
Nice wind and thunder effects but no music at all.

Hookability 28%
Instantly difficult, but you try to ignore it to search the rooms.

Lastability 12%
If there's any game that makes you want to kick the monitor in it's this.

Overall 14%
An example of how to produce a frustrating and unplayable arcade adventure.

An example of how to produce a frustrating and unplayable arcade adventure. 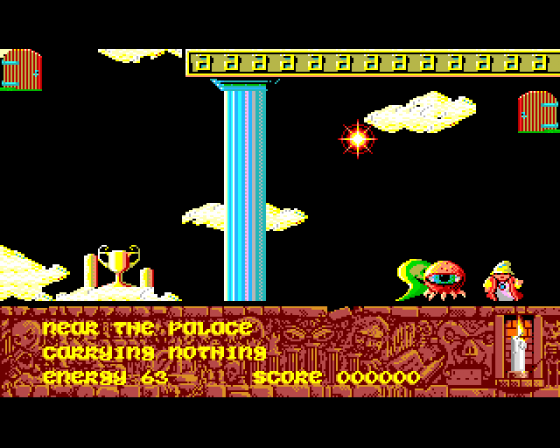 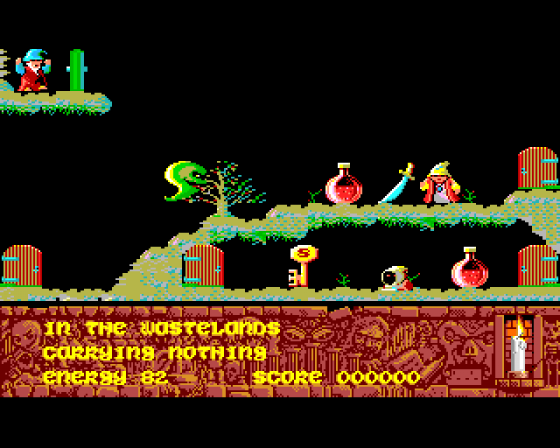 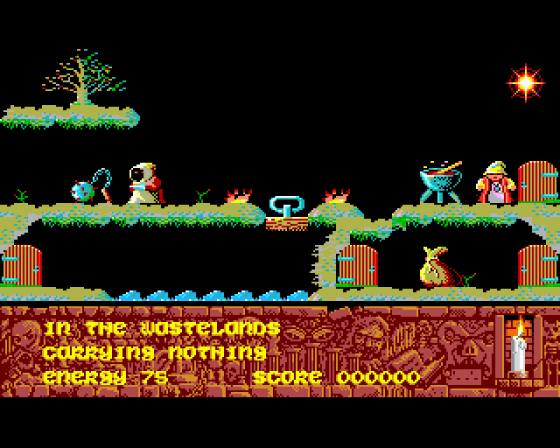 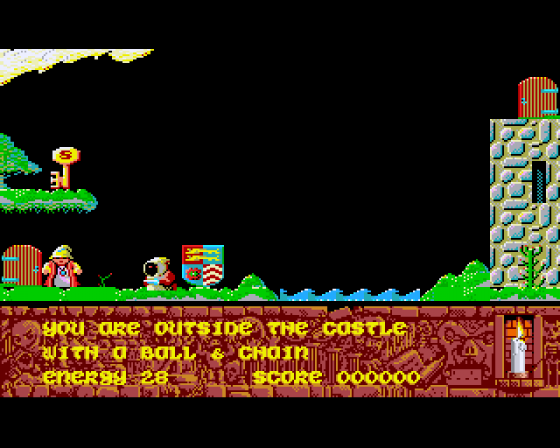 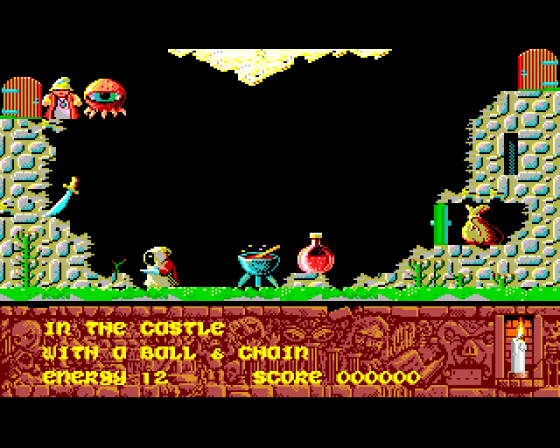