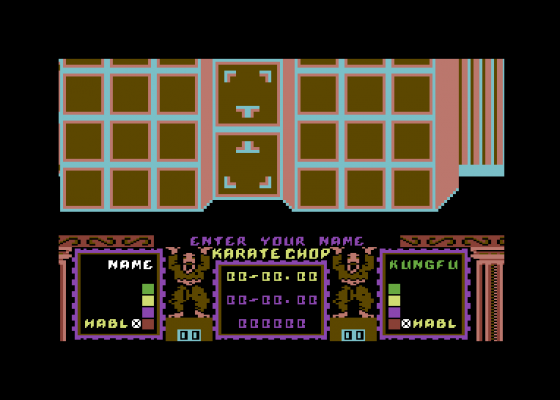 Ancient Chinese proverbs say that to win the ultimate accolade of 'Master of the Snap Dragon', a novice must enter the nine-level Dragon Temple, and do battle with the increasingly proficient Dragon Warriors who dwell within.

Your character begins his mission as a red belt Karate expert, equally adept with his fists, feet and the bamboo pole. As he progresses through the levels, his grading increases from red belt through to fifth dan black. A level is completed when all of its warriors have been destroyed.

There are sixteen available moves, accessed via a combination of joystick and fire button. These include sweeping kicks, somersaults and bamboo combat. 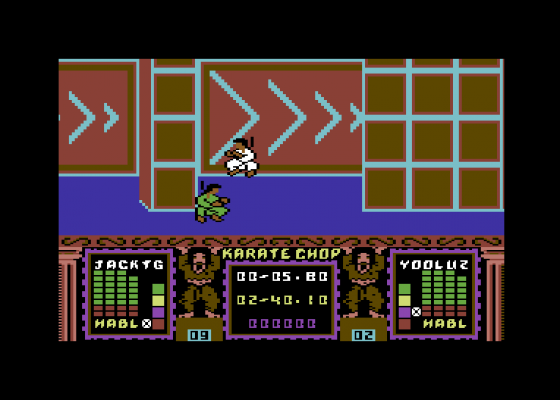 A display panel at the screen's bottom contains four bars, representing the damage incurred to the warrior's body, head, arms and legs. These diminish as the fighter sustains hits, with a life lost when one falls to zero - the bars replenish themselves naturally if the hero remains unscathed. An initial complement of nine lives in increased by an extra nine for each level completed.

An unusual feature is that, if the joystick is left during play, the computer takes over and the character continues the quest on his own. Should the player wish to step in and take over, a simple press of the Fire button regains full control.

It must have taken a lot of audacity to release Snapdragon - especially at this price. The control method is horrendous, and there's a distinct lack of interaction between you and your on-screen counterpart. 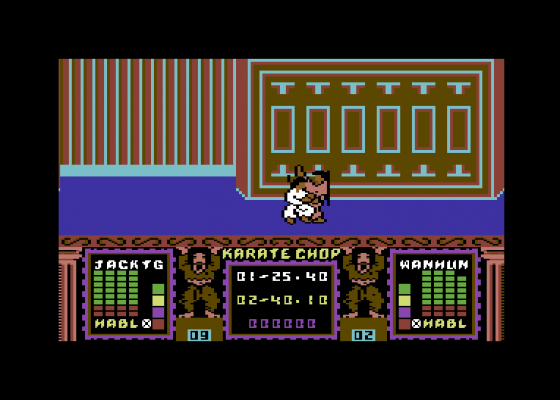 You can actually complete the game quite easily by finding one move which defeats your opponents time after time. Snapdragon is badly designed and utterly unrewarding.

This is one of the most unchallenging games of all time. All you have to do to beat every opponent is hold the joystick to the bottom left and press the Fire button!

It says on the cassette inlay 'the Dragon Warriors are clever and soon learn your favourite move' - but they don't, you can beat them time and time again with the same move.

Even more annoying is that after enduring the tedious action long enough to conquer the final level, I was most surprised to see my man being put back to the beginning of level nine!

As for the nine pound price tag - would you pay that for something you're only likely to play once?

Lastability 9%
Find the one move which destroys all opponents and the game is effectively over. 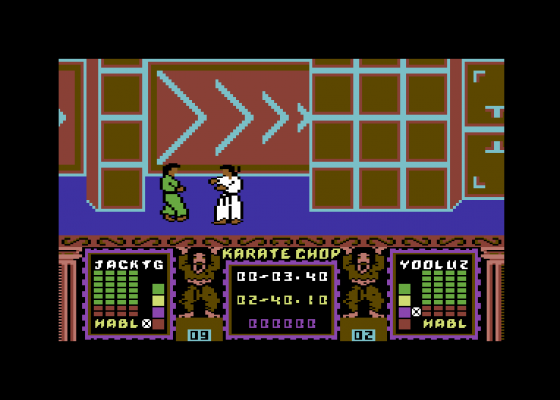