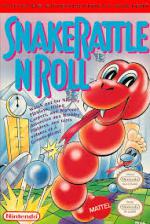 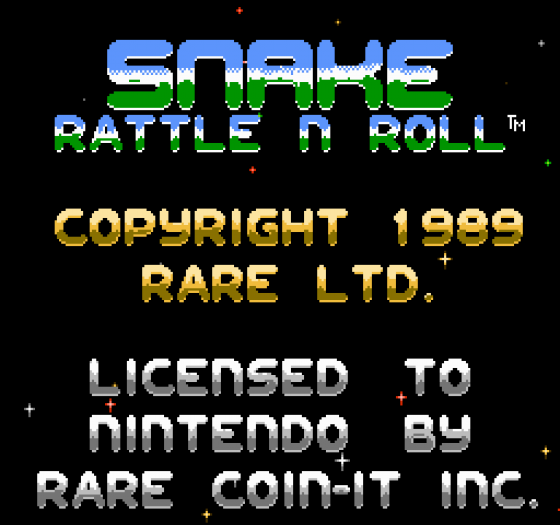 Life as a snake used to be easy. It was simply a question of slithering around, pouncing on small furry mammals, and shedding skin once in a while. But our two heroes - Rattle and Roll - live in a bizarre world composed of checkerboard platforms, seas, waterfalls and (oddly enough) manhole covers. Their object is to escape from each level by eating enough Nibbly Pibblys - little round creatures that infest the landscape - to make them heavy enough to ring a bell at the top of the weighing machine found on each level, and so open a door to the next stage.

Things are not as straightforward as they sound. Monsters try to kill the reptiles at every turn: if one of the snakes dawdles in the water too long, Jaws races to catch him and eat him, and on land Big Foot (who is, surprisingly, a big foot) attempts to squash him. And there's always the danger of plummeting off the edge of the screen while leaping from platform to platform!

The snakes gain length by flicking their tongues at Nibbly Pibblys, sucking them into their mouths, and spitting out the remains. Bonus items, such as clockwork keys, are collected for extra speed and points to help make life easier... 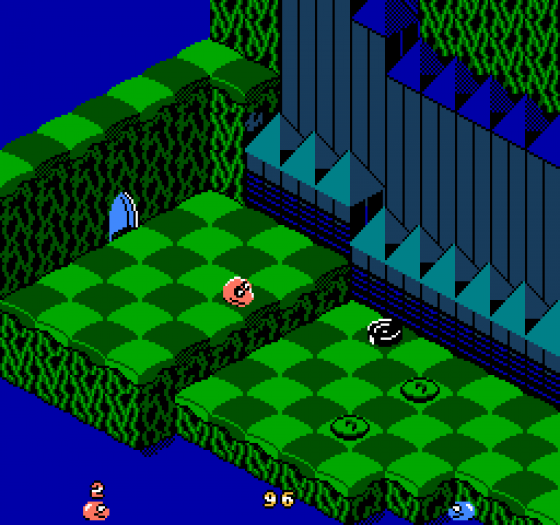 Snake, Rattle 'N Roll can be played either by one player, or two players simultaneously! The two-player mode is a load of laughs, with each snake racing to eat the Nibbly Pibblys first - the greedy beggars!

Dotted around the landscapes are loads of manhole covers. Lift these up and something usually pops out from underneath - it might be a Nibbly Pibbly, a clock, an extra life, or your snake might even be dragged into the hole to tackle a bonus screen! But watch out, because sometimes there's a baddy lurking in there just waiting to get you...

What a game!! Snake, Rattle 'N Roll is one of the most original games seen in years, and simply oozes quality. The graphics are stunning, with beautifully drawn scrolling forced perspective 3D backdrops and some great sprites - the snakes themselves are utterly brilliant. 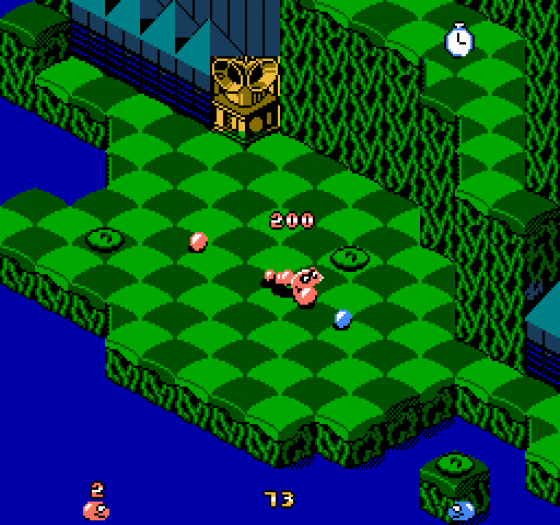 But it's the playability that makes this one of the most compulsive Nintendo games around. The landscapes are fiendishly designed to test your dexterity to its limit, and on later levels you're required to take some amazingly convoluted and precarious routes to the door!

But even though it's tough, the game's sheer fun keeps you glued to the Nintendo for hours on end. The simultaneous two-player option is the icing on the cake! Snake, Rattle 'N Roll is an incredible game and is a vital addition to your Nintendo software collection.

The Nintendo software collection keeps getting better and better, and the arrival of Snake, Rattle 'N Roll proves the point. The surreal 3D landscape, with its multiple levels and manholes, provides fun in itself - and the gameplay is overflowing with quality. 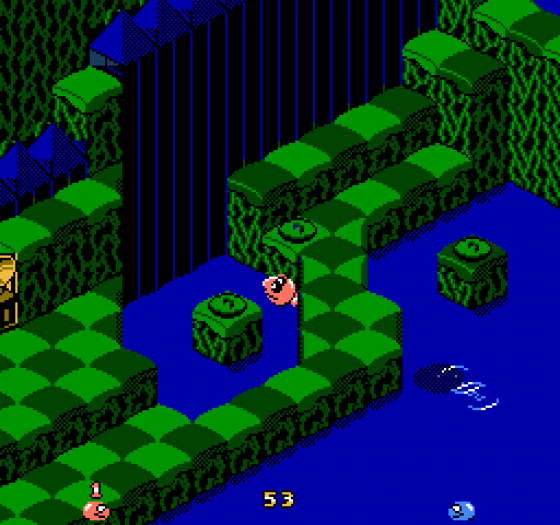 It's become a firm favourite here in the Mean Machines office, even enticing Gary away from his loitering at Centrepoint shelter. The humour makes the game, as the baddies are all weird objects (the toilet seat is my favourite!).

If fun and frolics are what you're after, this is definitely the thing for you - rush out and demand a copy now!

Presentation 83%
The feel of the game maintains a surreal, jokey atmosphere from the beginning.

Playability 97%
The movement of the snakes is fluid, the difficulty is pitched just right, and the landscapes add challenge.

Lastability 92%
It's easy to get the hang of, but tricky to master - you'll be playing it for ages.

Overall 94%
A slinky, hissing reptile of a game, and fangs to Rare another great Nintendo cart!

If fun and frolics are what you're after, this is definitely the thing for you - rush out and demand a copy now! 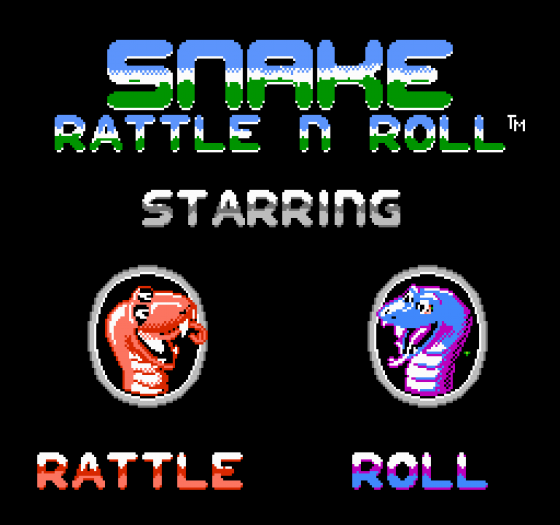 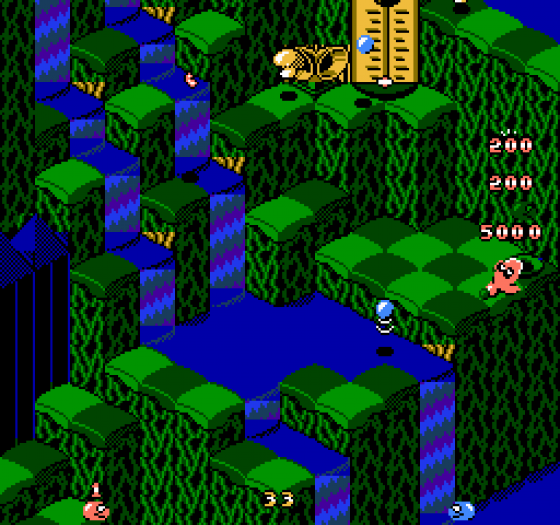 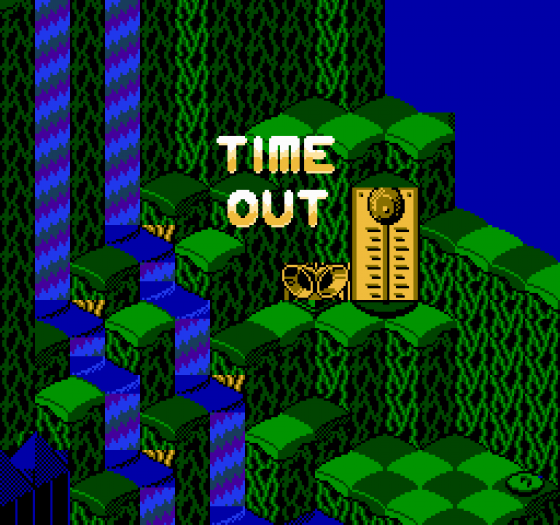 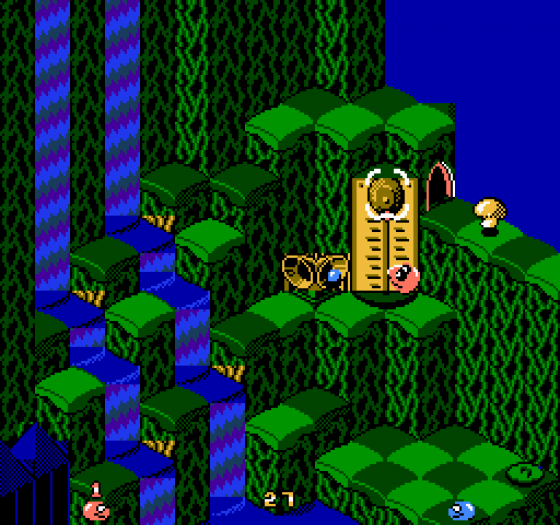 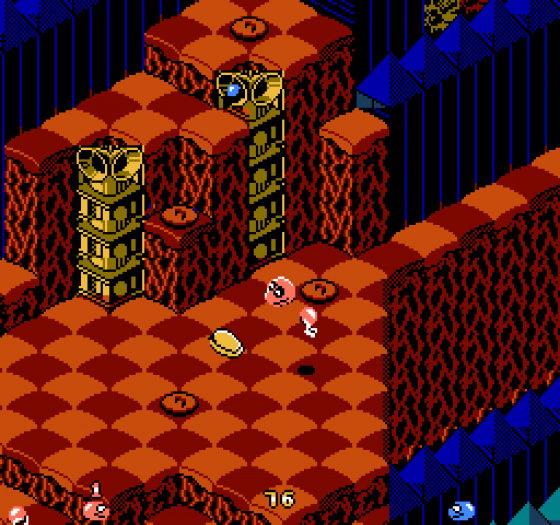 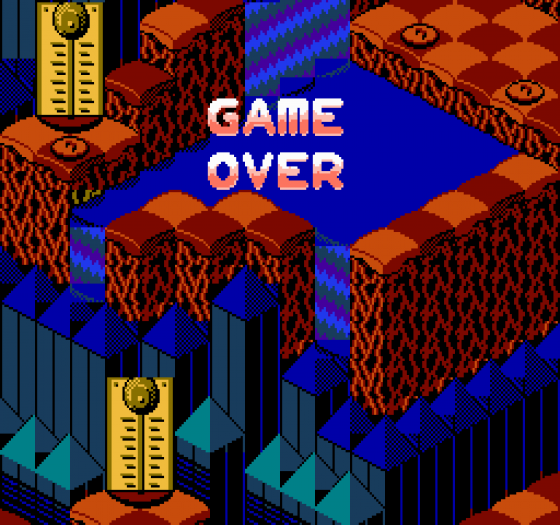