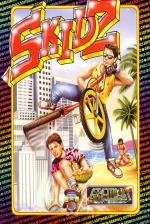 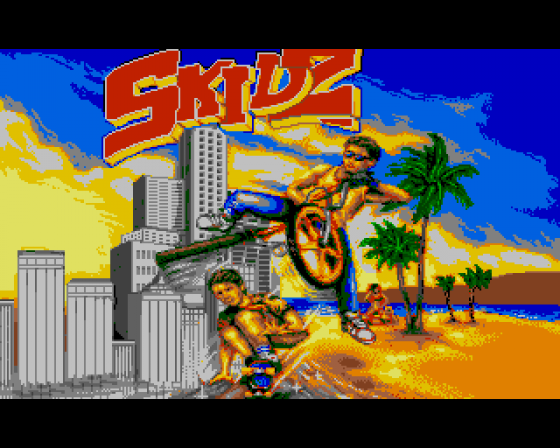 Richard Branson has a lot to answer for. In this game you play a devotee of his urban clean-up campaign, but just to be different you've decided to go about your litter-collecting spree on wheels. Regaled in psychedelic raving gear, choose either a skateboard or a bike (there's not an awful lot of difference as far as gameplay goes) and head off to clean up town.

The highways are strewn with bits of paper and bottles, and you have a limited amount of time to ride from west to east, collecting up at least 75% of the litter and dumping it in dustbins.

Accompanying the rubbish on the roads are some more environmentally-friendly objects which aid your mission. Clocks give you extra time, fruit boosts your energy level, toolkits fix any damage you may have incurred by crashing or riding over broken bottles, and coins let you buy extra equipment (helmets, puncture repair kits, water bottles, etc) in the shop which appears between levels. 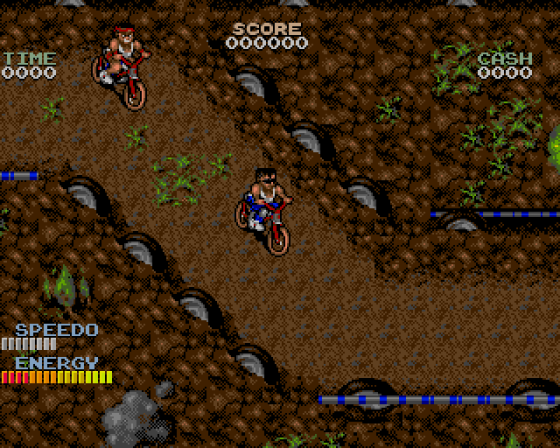 Certain pick-ups are stashed in such awkward positions that you'll need to use all your trick cycling/skating skills to leap over obstacles. Score bonus points while you're in the air by performing wacky stunts, but get it wrong and you could come a cropper and lose energy.

If you get bored of the rubbish collection, you can enter a race around the local skate park. It's jam-packed with obstacles, though, so you must master jumping techniques just to stand a chance of winning the practice race!

Difficult gameplay seems to be a hallmark of Core's games (Rick Dangerous, Impossamole, Switchblade, Action Fighter, etc) and while Skidz is one of their easier productions, it's still quite tough to play.

The major difficulty is down to the controls. Steering is fine, but you have to press fire continuously to keep your speed up, and once at top speed a further press makes you jump, so if you don't keep a constant eye on the speedo at the bottom of the screen you end up jumping when you're facing a wall, or riding straight into a tyre when you wanted to leap over it.

Coping with that demands heaps of frustration and practice but once you've got into the rhythm of pedalling/kicking, the game is pretty good fun. The graphics are excellent on the Amiga (the game uses a full-screen display) and the soundtrack is a decent groove with plenty of sampled sound.

If you're a skater or a mountain biker, give Skidz a whirl.

Gameplaywise, the ST version of Skidz is the same as the Amiga version, the only differences being in the graphics (no overscan scrolling) and the sound (no samples in the music).

Still good fun though, especially if skating or cycling is your bag.

The full-screen graphics are excellent on the Amiga and the soundtrack is a decent groove with plenty of sampled sound. If you're a skater or a mountain biker, give Skidz a whirl. 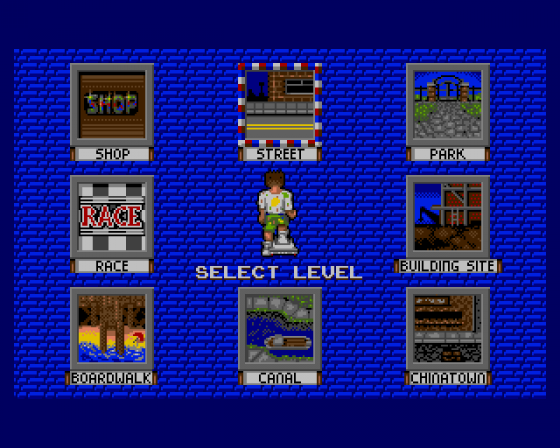 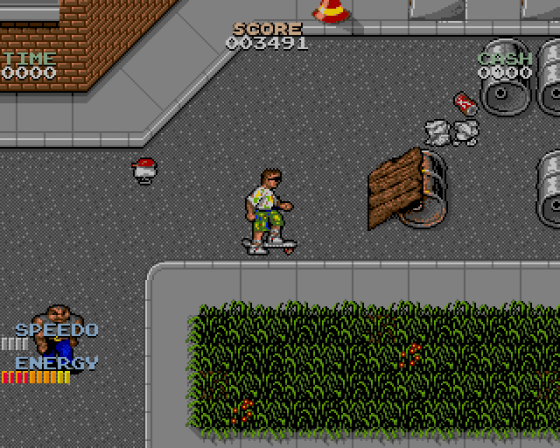 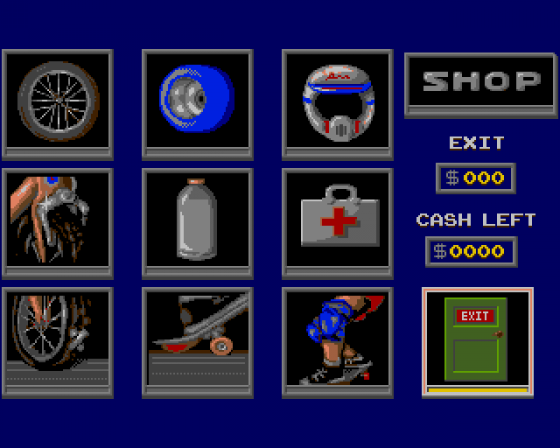