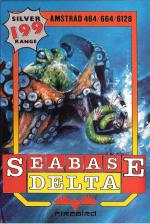 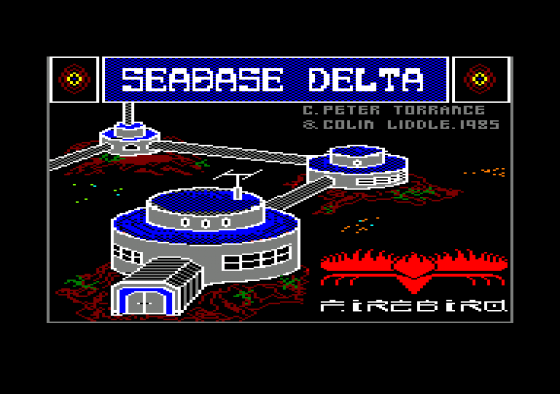 We now descend to the very depths of the ocean, where we find the rock-bottom price range of £1.99 from Firebird. Don't be put off by price however, my fellow Pligs, for this is no flatfish - it's a great little wriggler that will give many a full-priced game a good run for its money.

Seabase Delta is a sequel to Subsunk, but you don't need any familiarity with the earlier program to enjoy it as much as I did. It's a "Quilled" and "Illustrated" game that boasts some excellent graphics, a reasonable vocabulary, some tricky but admirably logical puzzles, and one or two ingenious touches.

Seabase Delta is the underwater headquarters of a gang of baddies who have just succumbed to some nameless disease, leaving you with an (almost) free run of the base. They've also left you with the teensy-weensy problem of a nuclear warhead to dispose of, and of course, the problem of escape afterwards. 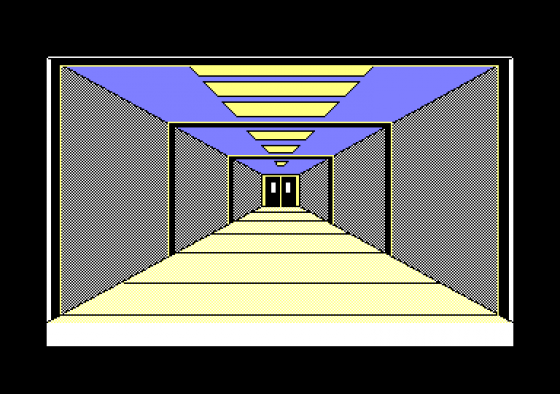 The base is built around a number of different substations joined by a mini-train network. You hop into a vehicle, insert your security card, and whizz off to die next station. All this is very well done using The Quill, with sound effects and dramatic pauses, though at times the pauses threatened to slip from drama into tedium - a not uncommon Quill characteristic.

There aren't that many locations, but then you don't expect all that many for £1.99. There are however a reasonable number of puzzles - enough to keep you busy for a day or two at least depending on your powers of intuition. The graphics are excellent though they tend to redraw rather too frequently, for example whenever you uncover a new object by searching a room. This holds things up a bit, but is entirely forgiveable because the pictures draw quickly, and are an added bonus given their quality and the game's price.

Seabase Delta isn't going to keep you going for anything like as long as a game like Price Of Magik, but then it's in an entirely different league - and in the budget league it comes out very near the top.

Seabase Delta is in the budget league, but it's fair to say that, in that league, it comes out very near the top. 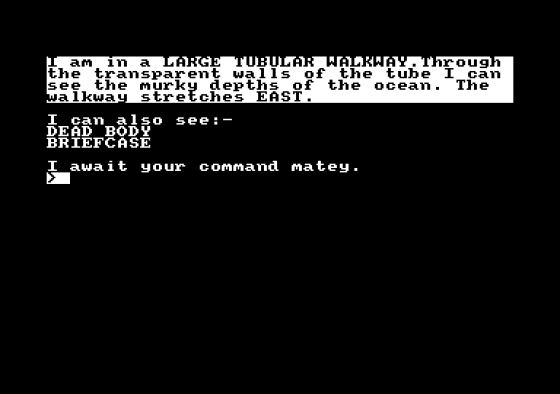