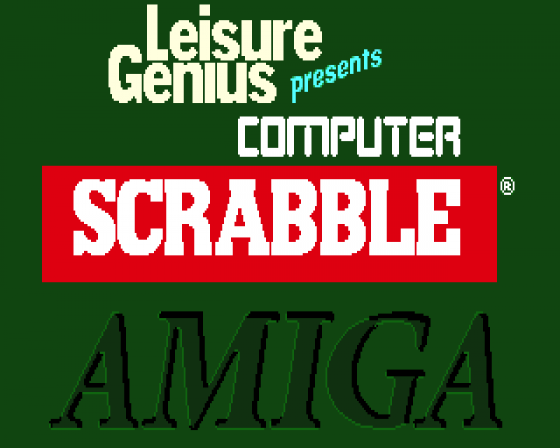 A bedroom somewhere in the world...

If this means nothing to you then you've probably never played Scrabble, a game which causes more arguments than Trivial Pursuit and Monopoly put together! This new release from Leisure Genius contains all the elements of the original board game. 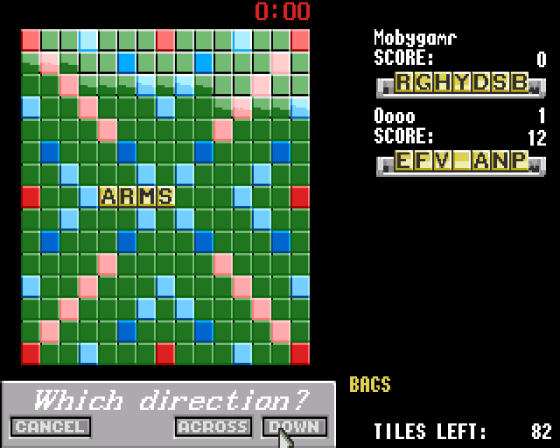 It opens by presenting a series of options menus, allowing you to set the number of players, the time limit and whether to see the tiles and the computer thinking. The board is then drawn and play begins.

You must enter a word on the keyboard and select whether it should go across or down. The start point is clicked on with the mouse and the word placed on the board. You can decide at this point to reject the word and enter a new one if the score is below what you expected. Play continues thus until all the tiles are drawn or there are no more spaces for words.

For years all Scrabble has meant to me is boring Sunday afternoons visiting relatives, when they decide to get the old games out after Antiques Roadshow has finished. For this reason (not to mention the poor reception the other versions were given) I wonder about how wise it is to release an Amiga version.

I suppose that putting it onto the Amiga enables more words to be stored in the memory, but the subject matter doesn't really allow the programmers to stretch the machine to its limits.

If it has animated figures playing the game and digitised speech, maybe, but then that would be just plain silly.

What we're offered is simply a standard Scrabble game with nice presentation: nothing more, nothing less.

Scrabble is rather a tame idea for a computer game in today's fast-paced market, but an old classic is always worth a try. Board and tiles are very well displayed, and are as functional as their physical equivalents, once familiarity has been gained.

The options menu adds a lot to the game - hints and tile reshuffles are a great help if you're stuck for a word. The viability of purchase is dependent on whether you like board games; if you do (like me), you'll love this conversion. If not, forget it.

Graphics 73%
Realistic board and tiles, with clear overall appearance.

Sound 8%
The odd ping, but nothing else.

Hookability 63%
Well... how much does Scrabble grab you?

Lastability 63%
Again, depends on how much you like Scrabble.

Overall 70%
Nicely presented conversion of a subject which has obvious limitations.

Nicely presented conversion of a subject which has obvious limitations. 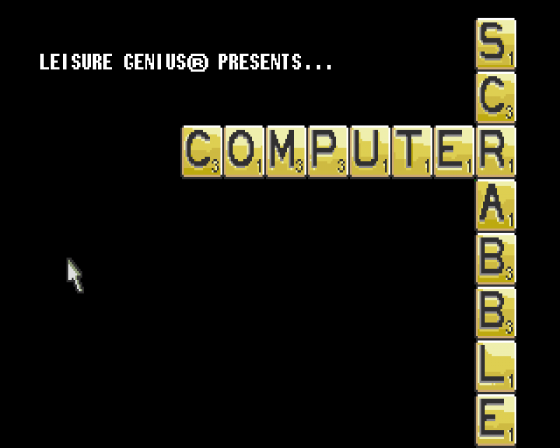