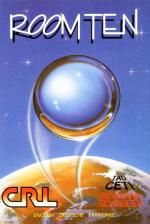 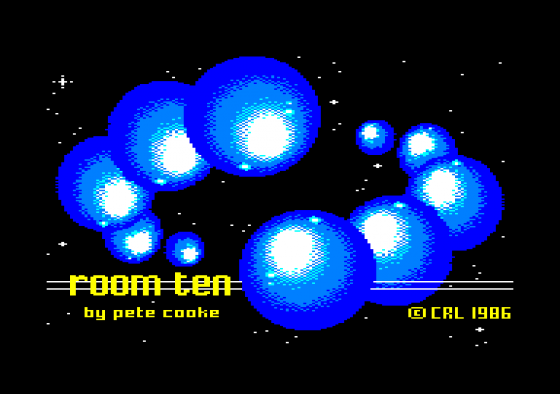 Every once in a while, a game that's so simple but totally addictive takes C&VG by storm. Room 10 is one of those games. It looks a bit like Ballblazer at first glance - but when you start playing you'll realise that this is a different ballgame altogether.

Room 10 - the rather obscure title comes from the name of the "cell" or court where the game is played - is a sort of 3D ping-pong with extra added addictiveness.

Created by Tau Ceti programmer Pete Cooke, Room 10 will keep grabbing you back for just one more game time and time again. Pete tells us that the game, called Glyding, was developed by the Galcorp Leisure Corporation and designed to be played in the very low gravity found on asteroids and outposts. 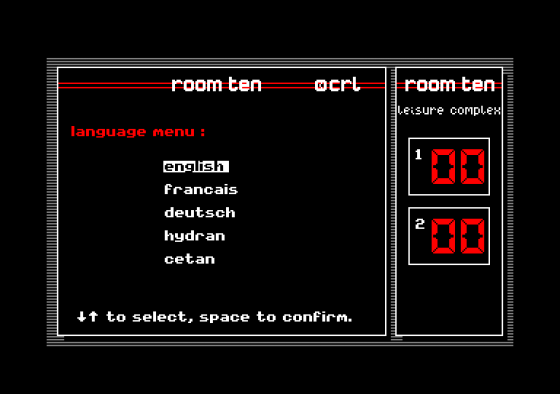 It's played in a room or "cell" 60 x 80 x 20. Each player controls a "bat" and the only objective is to stop that ball hitting the wall behind you! You score five points if you make your opponent miss, first player to 35 points wins.

The game screen is split into two - player one at the top player two at the bottom. Each "sees" a 3D view of the glyding cell drawn vector graphic style with see-through bats and solid ball. Just watch the shadow!

Down the right hand side of the screen is the score display - drawn LCD-fashion.

Sound effects are a sort of metallic "boing" and extremely effective. You can play the game at several different speeds, skill levels and you can change the colour of the screen at will to choose your favourite glyding cell colour scheme.

You can play the computer or a human opponent and use keys or joystick. Here at C&VG we found the keys easier to control.

There's also a score chart which can be accessed from the comprehensive menu screen at the end of each glyding session. 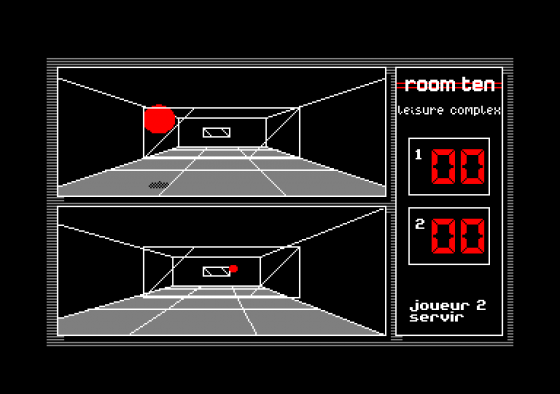 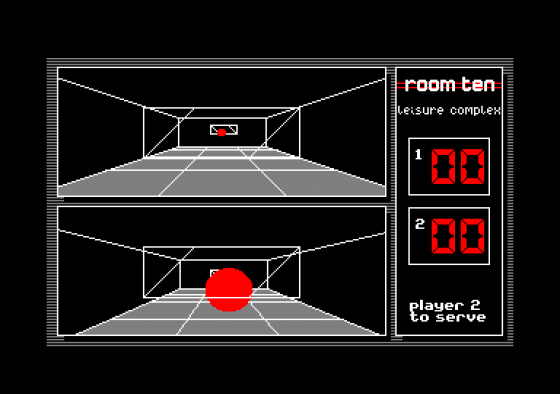