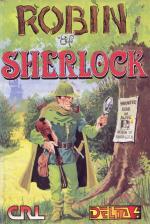 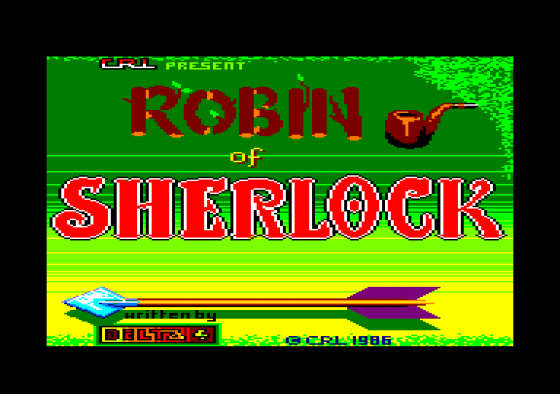 In this inimitable spoof, Robin finds himself confronted with a dead Doctor Watson, a chastity-belted Marian, and Hum the Hunter gone haywire in the Pried Squirrel Bar. There is also an exploding Friar Gorbachetnik, a railway network that bears uneasy resemblance to the one in Sherlock, and a series of Sherwood Forest graphics that look depressingly, and often hilariously, familiar.

CRL seem to be making a name for themselves with excellent satirical adventures at the moment. They've taken on St Brides with their Very Big Cave Adventure, they've assaulted us with Bored Of The Rings, and now they're setting us sleuthing in Sherwood Forest. For those of you who enjoy a good laugh, this game comes out very near the top in terms of originality.

For a Quilled game it's also unusually large. The program has been split into three parts, giving you a healthy number of locations to explore. You can move between any of the parts at will, though this entails saving a string of game data to tape for use in the next section each time. 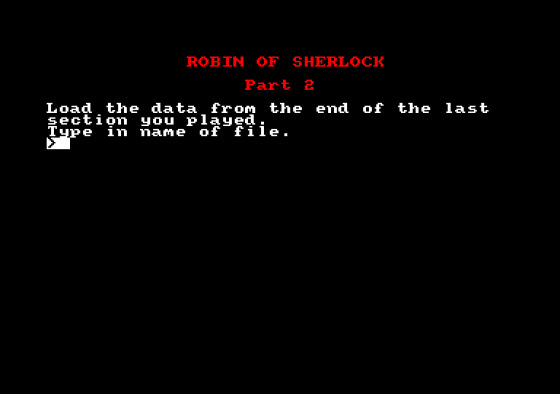 What makes the game so amusing is the way elements of both Robin Of Sherwood (an overrated game if ever there was one) and Sherlock have been twisted into one idiotic scenario. Wandering through Sherwood forest it comes as something of a shock to stumble across a British Rail ticket office, but taking a trip to Huddersfield is every bit as exciting and challenging as it was in the original Melbourne House program. You can also visit the convent, Hurn's shed (one of many), the Smurph's village, and a large number of other equally absurd locations.

There are also some ingenious mimickings of other features of this program's supposedly more illustrious forbears. The 'Talk to' feature of Sherlock, which you used to question suspects, has been excellently Quilled into the game with often hilarious results. First you type 'Talk to (name of person)' and then proceed with your questions. In fact, for a Quilled game, the parser appears extraordinarily flexible and the vocabulary doesn't let you down as often as you might expect.

So if you fancy a game written by the authors of Bored Of The Rings with the aid of 'an elephant gun and an articulated lorry', that features lamps stolen from the Nottingham Holiday Inn. the sudden falling of day and night, and a misbehaving H.T.Hunter, then this is for you. Your Cowled Crusader has a reputation for being a bit hard to please when it comes to comic adventures, but here we undoubtedly have a game that is both consistent in its own illogical way and genuinely funny.

The parser is extraordinarily flexible and the vocabulary doesn't let you down as often as you might expect. 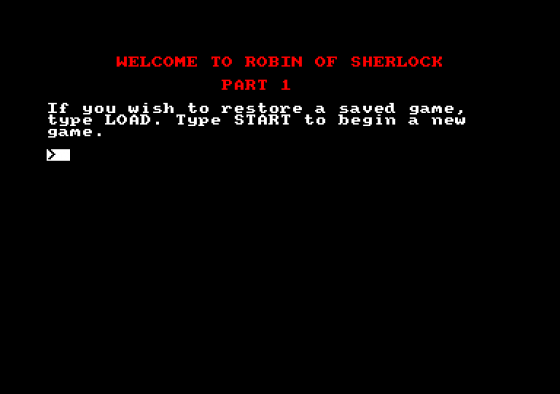 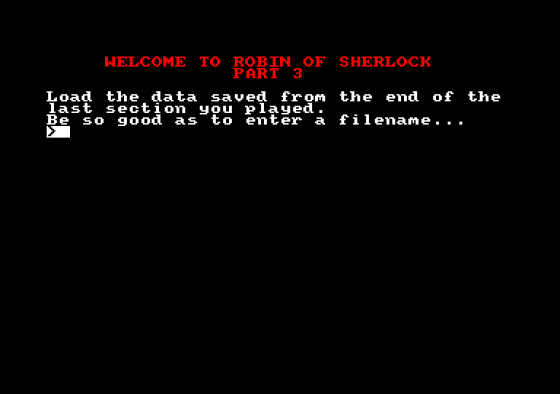