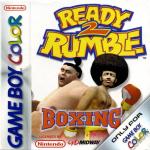 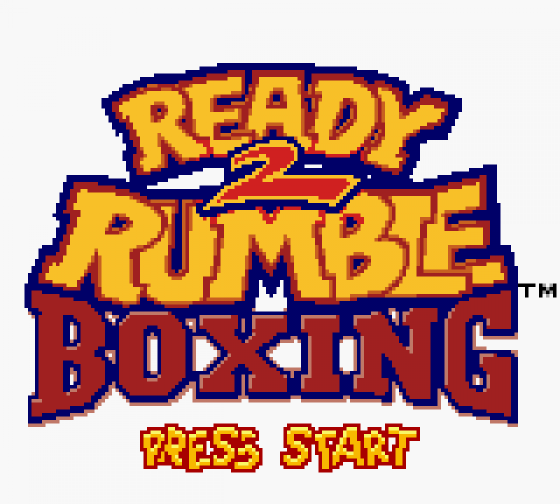 Slip this cartridge into your Game Boy Color and pass it to some fool who still sees the Nintendo handheld as a late Eighties grey thing with plinky-plonky tunes and a murky green screen. Then watch the grin fade from their daft face! There's no denying that, under it all Ready 2 Rumble Boxing is just another Midway beat-'em-up game with huge thick men and fast little women fighters, but it sure does a good job of hiding this fact!

The player is given enough control to be able to play in peace without annoying tunes, but one of the most startling features the title has going for it is the pretty impressive digitised speech. Switch on your Game Boy to hear the annoyingly familiar cry: "Let's Get Rrrready to Rrrumble!" and you'll know that this is at least one up on the usual handheld beat-'em-ups, with their annoying music and unconvincing SFX.

Another improvement on the run-of-the-mill fighting game is the choice of character. Of course, there are the usual meat-heads, but it's not every game that gives you the chance to play a 108-year-old gentleman boxer against a vicious young Afro-American fighting machine, and win. 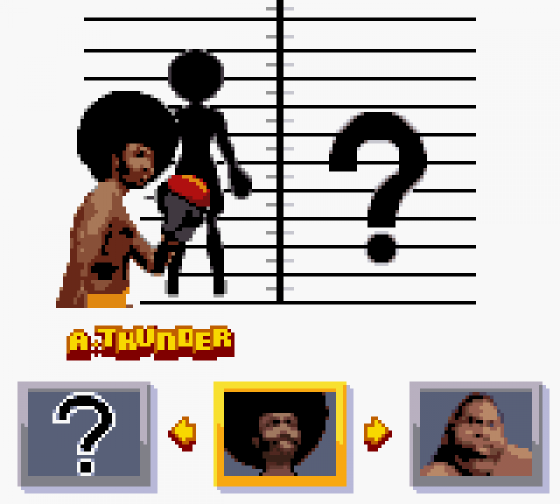 That said, there are many ways that Ready 2 Rumble could be improved, especially with the dull unimaginative in-game control. At times it tries too hard to compare itself to the big brother console version, but you'll have to look hard to find a more original fighting game released this season.

Ooo, far too generous there Jem! I must say that I thought Ready 2 Rumble on the Game Boy Color was a complete waste of time - it soon had me dashing for the off button!

The characters look puny, the gameplay is dire and, although the presentation and sound effects are okay, there has to be more to a game to keep me interested! 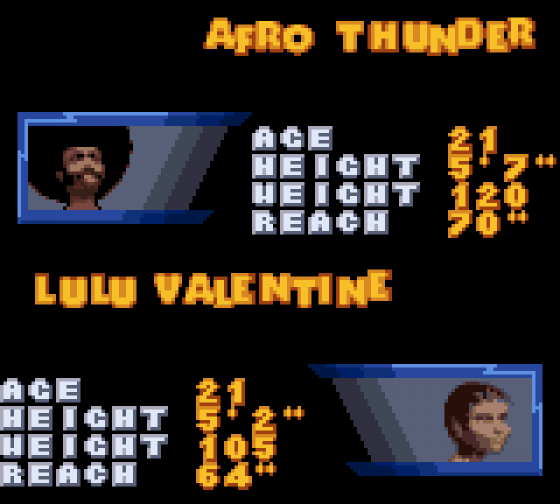 I wouldn't recommend this to any of you lot!

Graphics 80%
Puts others to shame.

Sound 80%
Better than the usual bleeps.

Playability 80%
Plenty to entertain the enthusiast.

Lastability 60%
Once finished, the charm wanes.

Overall 73%
It's a case of brawn not brains!

You'll have to look hard to find a more original fighting game released this season. 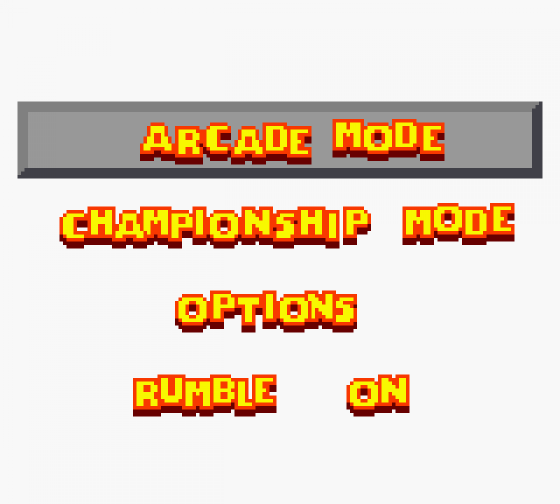 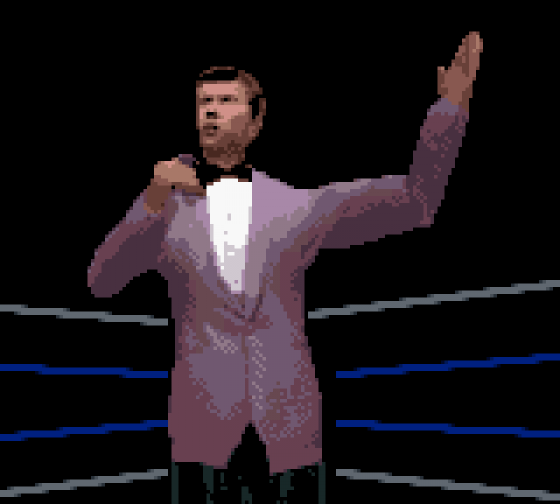 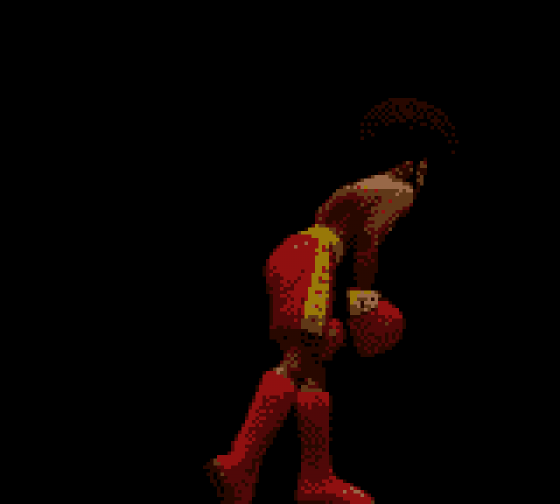 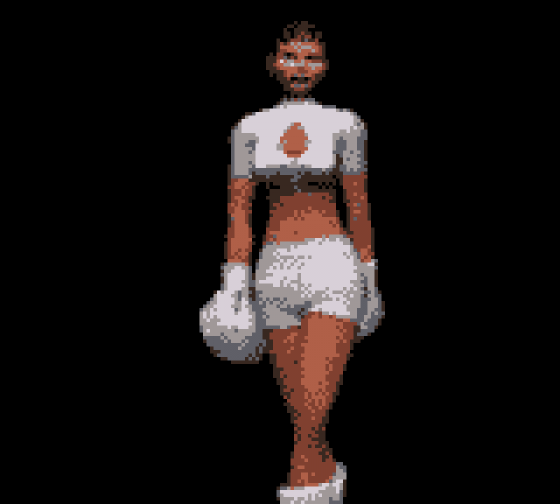 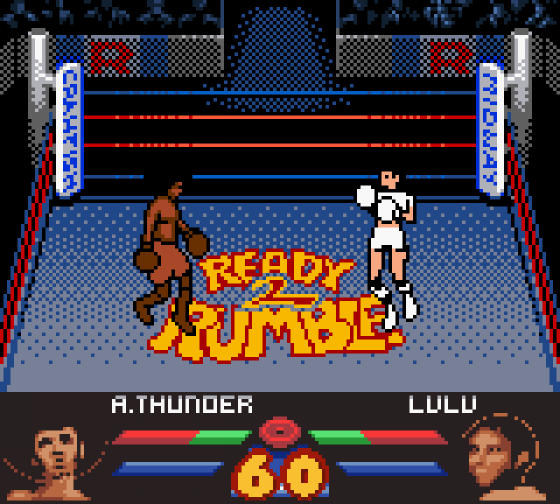 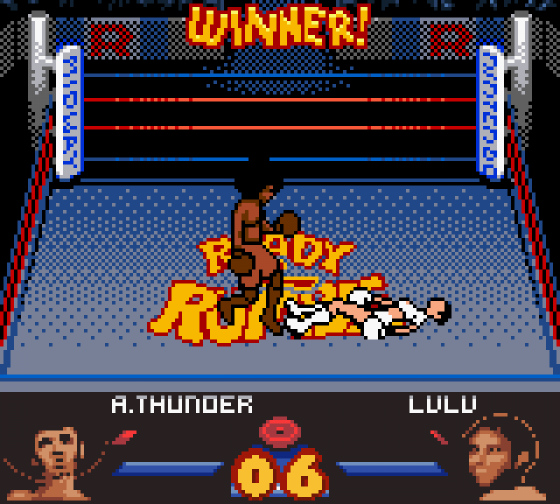 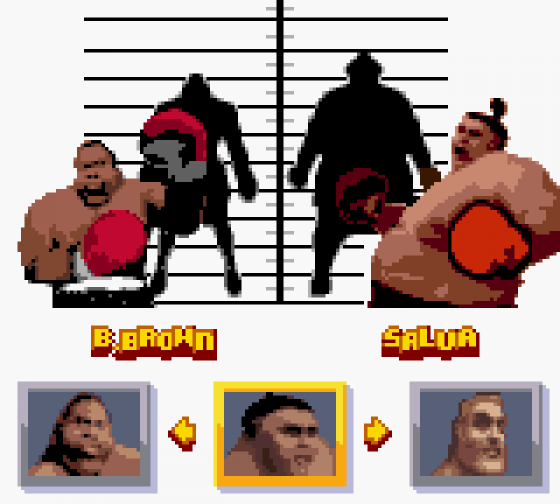