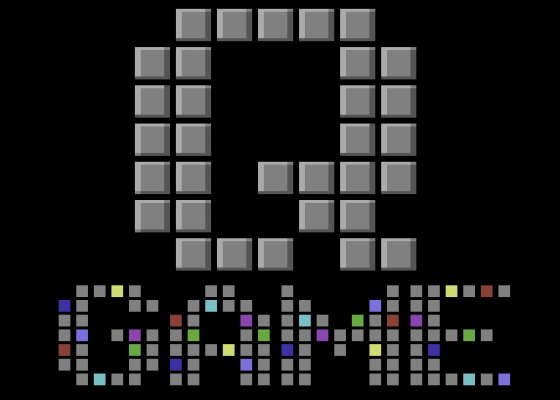 Thanks to Papposoft you can now play a faithful port of Sony Ericsson's popular 'Q' game on your C64.

Papposoft's latest release is an unofficial C64 port of Sony Ericsson's 'Q' (a puzzle game featured on the T68i mobile phone) and it's the group's most accomplished title to date. There's recently been an abundance of new software for the trusty old breadbin, but Q Game stands out from the rest by far - it's a really polished little release that puts even commercial C64 titles to shame.

From the moment the game starts you know you are in for something a bit special - the text-fade effect in the loading sequence is particularly cool. A couple of splash screens later and the menu screen pops up, from which you can either start the game from the beginning or enter a level password and continue from the last puzzle completed (an essential feature that's sadly missing from many similar titles). The presentation is flawless, with nicely drawn graphics (although the style is clearly a homage to the original) and the usual top-quality audio that you'd expect from a modern C64 release.

The game itself is quite original in concept but feels very familiar; your goal being to manoeuvre the coloured balls around each level and drop them into the appropriate matching pockets. The balls can be selected by the cursor and rolled in the direction of your choice (using a joystick plugged into port 2 - emulated or otherwise), but as movement is only stopped by walls or other obstructions you'll need to plan ahead to successfully get them all lined up. Don't be fooled by the simple game-play though, Q Game is a devious little puzzler that will require a logical mind of Mensa calibre to complete all 60 levels.

Q Game is difficult, but it's also frighteningly addictive. Whilst playing it in preparation for this review I often found myself getting stuck (embarrassingly on some of the very early stages), but upon taking a break and returning to the game a little later I was able to complete the same puzzle by approaching it in a different way - sometimes the solution is so obvious that it's easy to miss. It's this slow and steady progress that keeps me coming back to the game, and I've even installed it on my PDA (via emulation) so I can play Q Game away from home - it's really got me hooked.

Everything about Q Game shines with quality, and although the 8-Bit homebrew scene is saturated with puzzle games (we had to severely cull the review selection for this issue of RGCD), it is undoubtedly one of the few recent releases worth keeping in your collection. 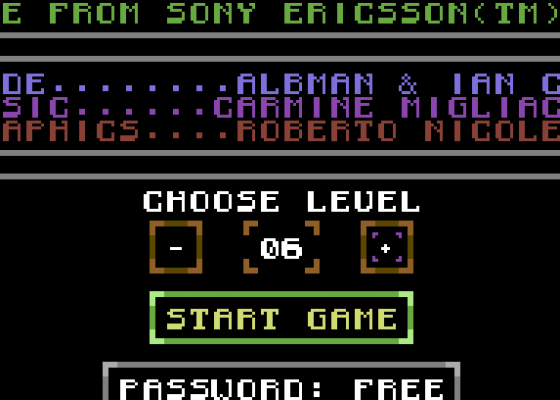 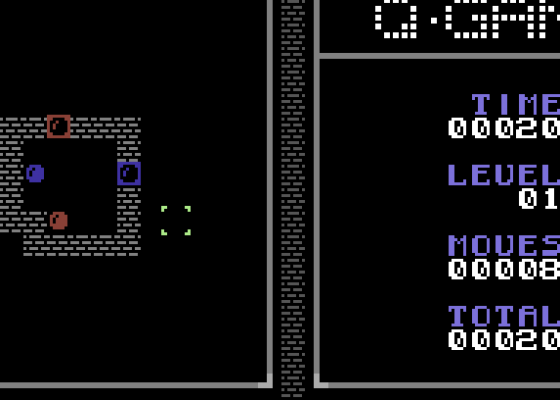 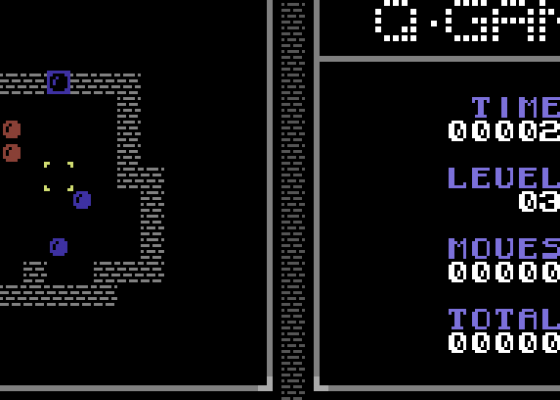