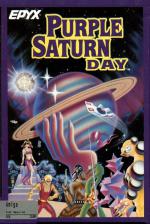 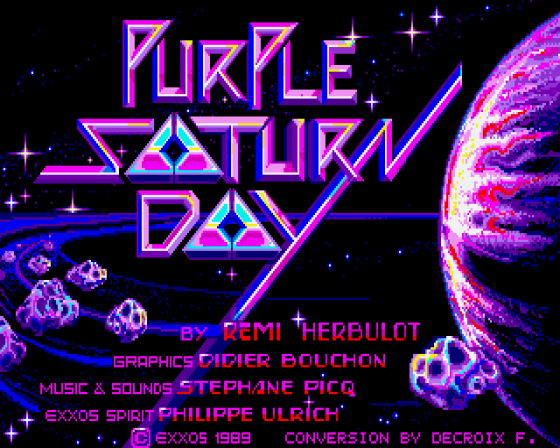 After the Solar wars, in which the legendary pilot Blood gained notoriety, Saturn was declared centre of System-affairs. Peace has been maintained for a good number of years, due to the growing sportsmanship of all the races in the system.

Once every Saturn year a contest is held between champions from the other eight planets in the Solar System, consisting of four games... 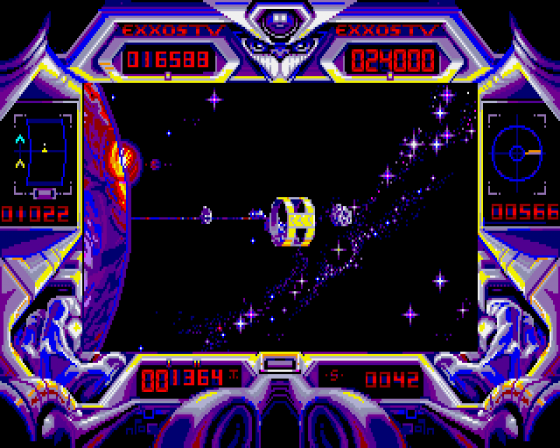 Once all the games have been played through to the final, the winner is declared and wins the ultimate Saturn-Day prize - a kiss from the Saturn Queen. Cor blimey.

Too often, when you get a program that gets a lot of attention due to the slickness of the graphics, you find that there is very little gameplay to back them up.

Purple Saturn Day is an exception to the rule - it's excellent! The presentation is very atmospheric - in fact, the way the graphics, sound and presentation work together reminds me very much of that cartoon Battle Of The Planets (anyone remember that?). 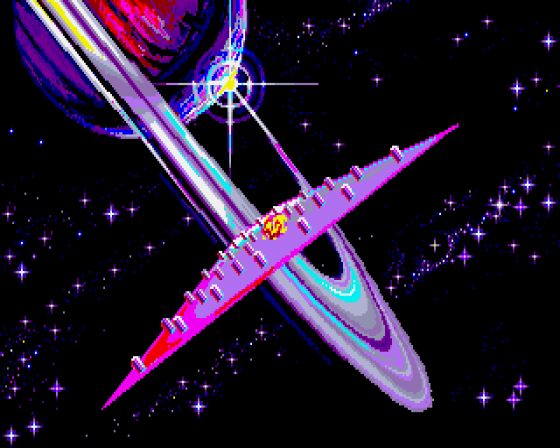 However, *potential buyers beware*, this game is very odd! It takes a lot of thought to win on all the games in training, never mind in competition, and if that's not your cup of tea then you'd better try it out first.

Good God, this is a weird game! The first thing that strikes you are the futuristic-yet-surreal graphics, with strange snake-headed aliens and bizarre colours. That's not to say that they're bad - they're very good indeed, from the wonderfully drawn competitor screens to the superb 3D racing effects.

The sound, too, is very good, with a whole host of futuristic effects and tunes. The way the game is presented is very reminiscent of the last Exxos game, Captain Blood, even down to the Gigeresque shading on the aliens - but if something works why not stick with it? 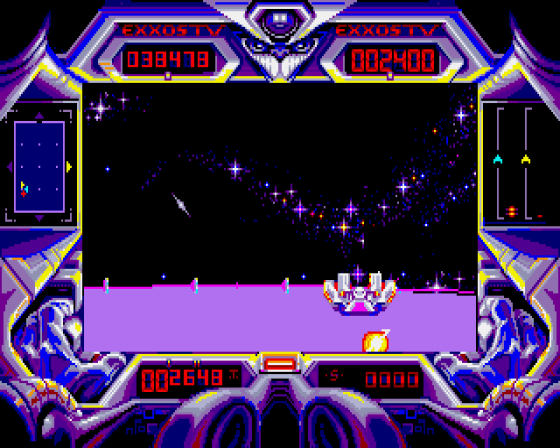 Well, when it comes to Purple Saturn Day, don't stick with your cash, buy it!

Lastability 89%
...but soon you'll find that you can hardly keep away!

Overall 88%
An excellently presented and playable game - but it won't appeal to everyone.

An excellently presented and playable game - but it won't appeal to everyone. 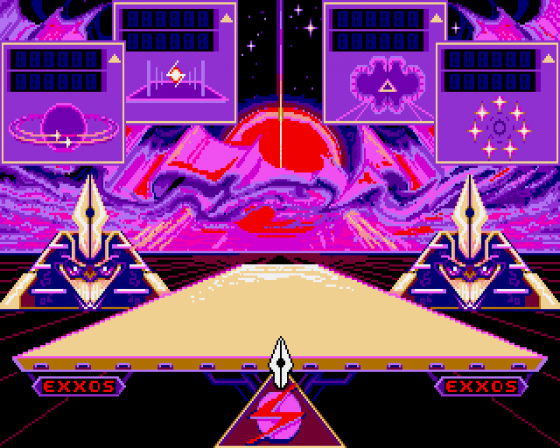 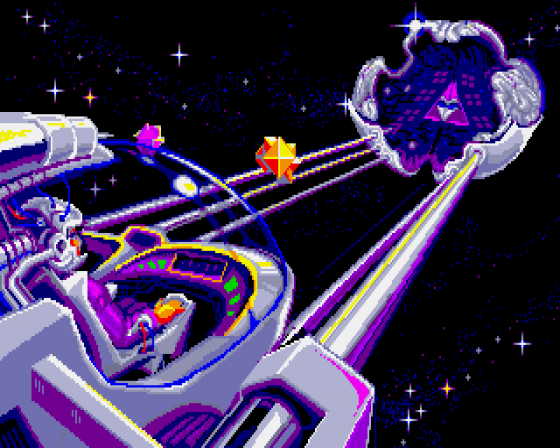 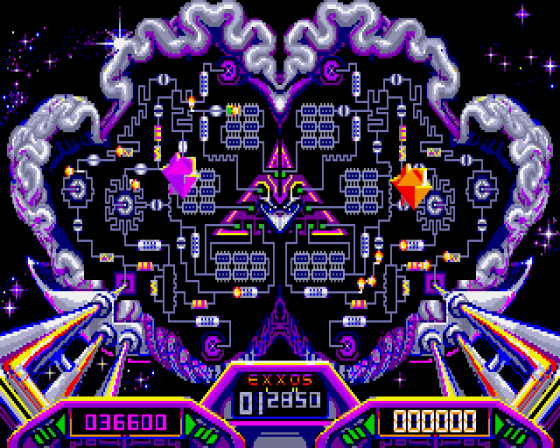 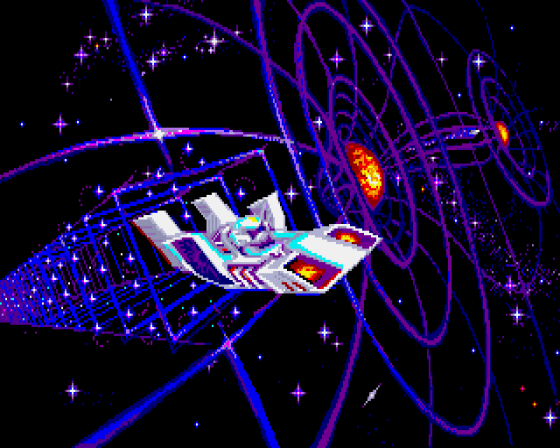 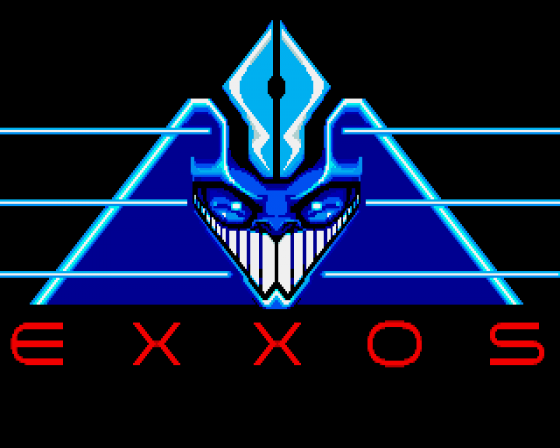 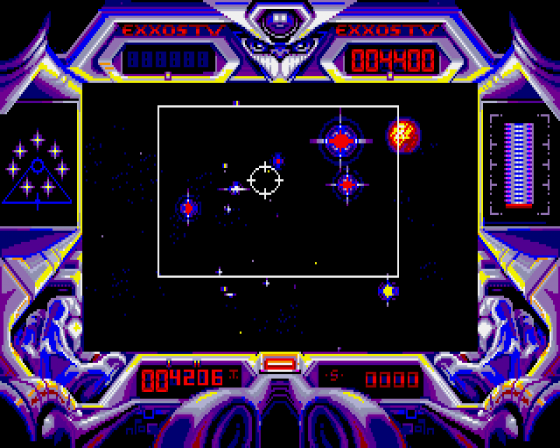