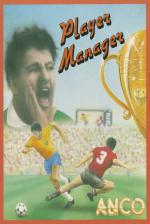 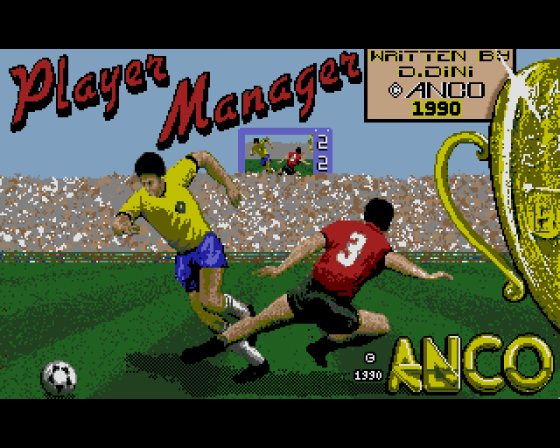 Being the manager of a football club is a stressful occupation - it's easy to get laryngitis screaming at dozing players. Some enraged bosses even make regular pitch invasions. You're one such boss, but unlike Cloughie, your place on the pitch is entirely legitimate. As player manager of a Third Division side you can inspire your team to victory by playing alongside them. Do well and you could gain promotion or even win the FA Cup; do badly and the club's board of directors will soon let you know!

If you're starting your very first season, the computer takes a few minutes creating a unique game environment of teams and players which is saved onto a blank disk (also used for saved game positions).

Management menus are accessed with the mouse and include: 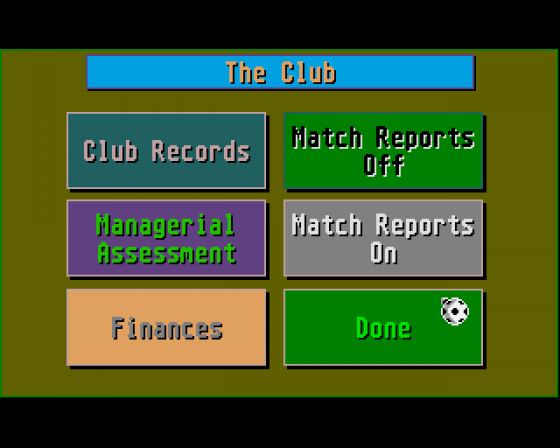 Squad: Gives full details of players, including their physical abilities (pace, agility, stamina, etc) and skill attributes (passing, shooting, tackling, goalkeeping). Players can be sold by putting them on the transfer list (unhappy players may request a transfer).

Transfer: Here you can buy players on other clubs' transfer lists. After selection of the desired position and price bracket, a suitable list of players is displayed. You can view full details of any player and attempt to buy him by haggling the price with his club. 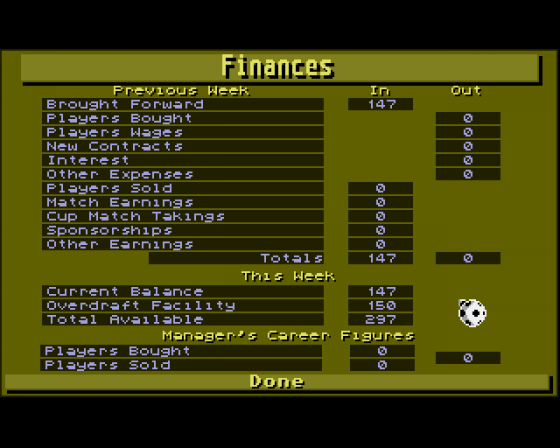 Tactics: Here you can create (and save) new team formations, using the tactics designer. A map of the pitch is divided into twelve square sectors. You can determine the target position of each of your players for when the ball is in each of the sectors, as well as for goal kicks and corners. A useful aid in evaluating your formation is the Ray Trace facility which shows how far your players have to run as the ball moves from sector to sector.

Coach: There are three types of training. Squad Training allows you to change the specified position (goalkeeper, defender, midfielder, forward) of a player by retraining him in a new one. Tactical Training allows you to modify one of the team's four formations or replace it with one previously designed with the Tactics option. Extra Training simply improves the squad's performance, but if overused can lead to low morale.

Match Day: Time for the big match. After viewing the opposition's squad, you can pick your team. As well as eleven starting players, two substitutes must also be selected along with your starting formation. 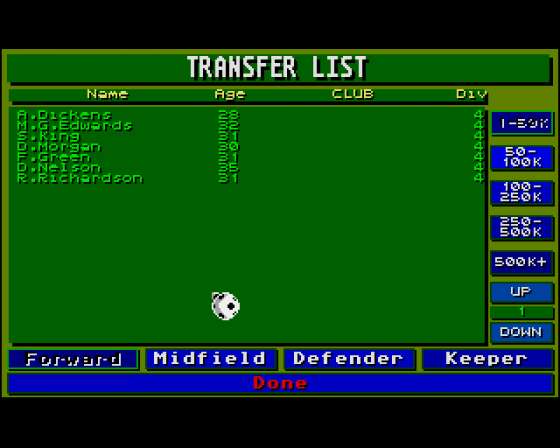 The match itself is a slightly altered version of programmer Dino Dini's arcade footy game, Kick Off, with the action taking place on an overhead-view, scrolling pitch. If you're in the selected team, you get to play either in your chosen position or for the whole team, flicking from player to player as they get closest to the ball - this choice can only be made when you start a new game of Player Manager. Either of your two subs can be put on at any time and a change of tactics made simultaneously.

If you're in a hurry, you can play an accelerated version of the match (with a static pitch and dots for players) or just get the final result.

Being a player manager is an exciting job, but as your physical fitness wanes with age you may decide to hang up your boots and become a normal manager - complete with 'sick as a parrot' facial expression and hoarse voice! 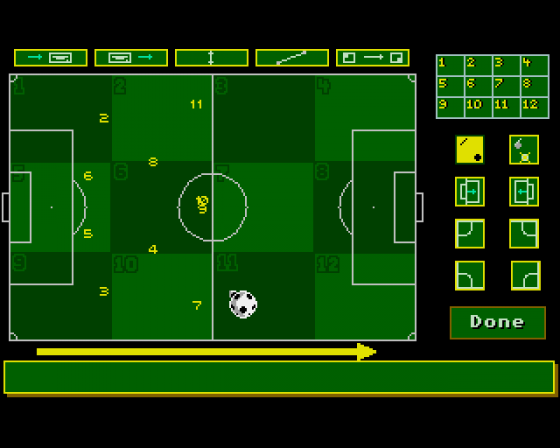 This really is an incredibly realistic simulation of every aspect of football. Players behave just like their real life counterparts, becoming unhappy if they don't get to play for a while.

Even players' private lives can interfere with their career: they can get killed in a car crash or be arrested on drugs charges! Another realistic aspect is the board of directors who'll stop you from buying a player if they think he's too expensive, and sack you if the team performs badly.

As for the match action, it's an improvement on Kick Off with more intelligent computer players and fewer bugs! And the great news for Kick Off fans is that the soon-to-be-released Kick Off II will allow you to play two-player games with any of the sides and tactics created in Player Manager! 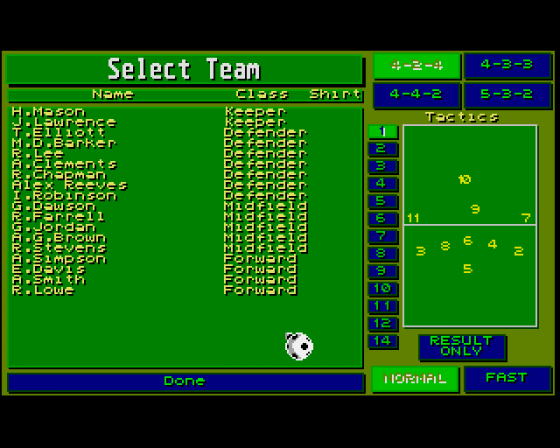 Football has always seemed to me as yet more proof of the complete idiocy of Mankind - 90 minutes of whacking a leather ball up and down a bit of pitch rivals cricket as the most tedious activity in the known universe.

But Kick Off was different, offering mind-blurring speed which tested arcade reflexes to the limit. A superb test of fast-action skill and a minimum of complex tactics. Now Dino Dini has miraculously taken the best arcade game of '89, improved it, and added one of the best football management games ever written.

The ability to spend hundreds of thousands on new players, sell off the OAPs (i.e. P. King), develop your own unique formations, and control substitutions/tactics during matches is great. The burden of keeping your finances in the black and spotting the right players to bring in and who to sack (via in-depth profiles) is very realistic. 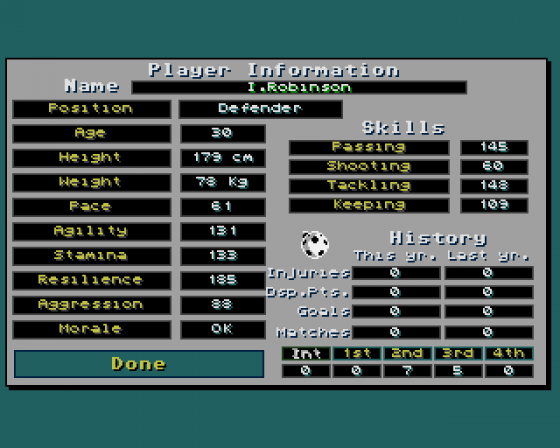 The core Kick Off game is sadly lacking the two-player mode, but compensates with a role-playing option where you control just one player - risking injury and sending offs. Football fans will find this an absolutely essential purchase, but anyone else who appreciates a great arcade game and an in-depth strategy game should enjoy it just as much.

I'm overjoyed to say that Player Manager has been well worth the anxious months of waiting. The mixture of management and arcade games works very well indeed with the players visibly performing according to their abilities.

All the management menus are very easy to use and neatly presented. Rather than just pick your team, there are great coaching and tactics options which can really pay dividends on the pitch. The transfer system is particularly impressive with plenty of players to choose from and a neat bidding system. 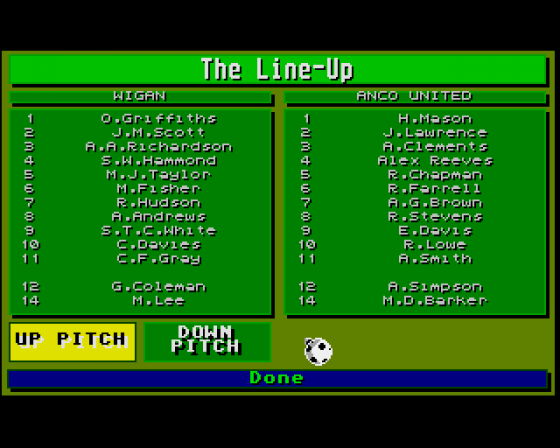 The match action is an improvement on Kick Off with cleverer computer players making for a more skilful game - especially when you're playing in one position. And with the long term interest offered by league and cup competitions you'll never want to hang up your boots.

Hookability 90%
Clear menu system makes it all very easy to get into - and Kick Off is still instantly playable.

Lastability 94%
Plenty of depth, fighting your way up from third division to first is a great challenge.

Overall 92%
The amazing Kick Off is improved and combined with a brilliant management game.

The amazing Kick Off is improved and combined with a brilliant management game. 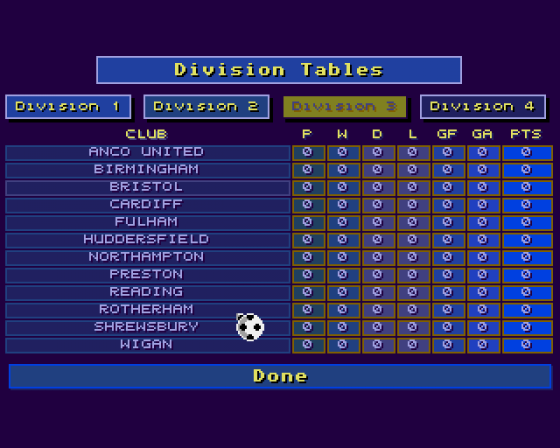 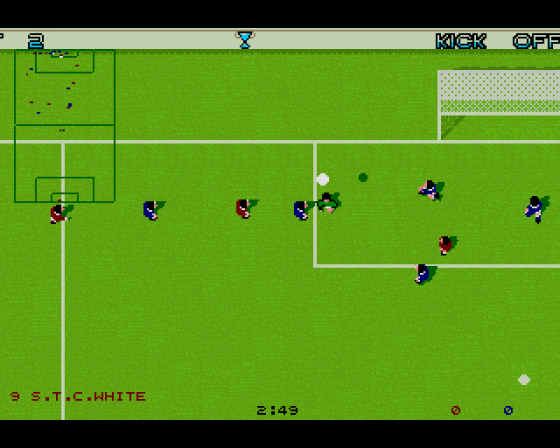