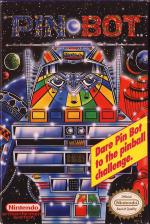 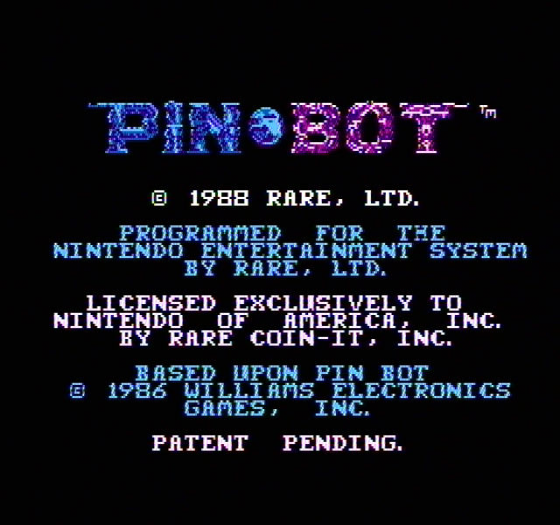 Pinbot is the first ever officially licensed pinball conversion, and is a superb console recreation of the classic Williams table.

The screen is divided - the static bottom panel shows the flippers and the larger scrolling top screen shows the location of the ball (see the screenshots). This is not as confusing as it sounds, as the ball is always in its position relative to the flippers.

The plunger is released via the A button, while the control pad and B button represent the left and right flippers respectively. 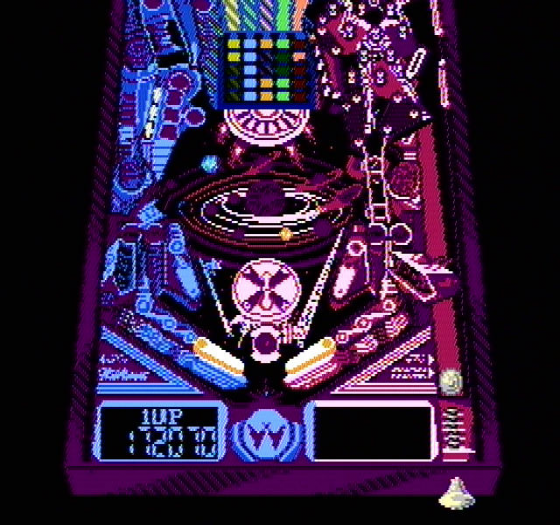 Collecting bonus points is simply a question of spanging the ball around the table using the flippers, aiming it at certain areas of the table where score bonuses can be racked up. At later levels, ghosts appear and eat the ball. So flick the plunger and hit those balls!

Pinball is one of the most enduring of amusement arcade attractions. Its roots go back to the 1930s in the form of bagatelle-style games, but Humpty Dumpty, which appeared in 1947, was the first "true" pinball table which used flippers and bumpers.

Since then, the basic pinball concept has remained unchanged, although electronic scoring, multi-balls, multi-playfields and sampled sound have helped keep the machines abreast of modern technology. 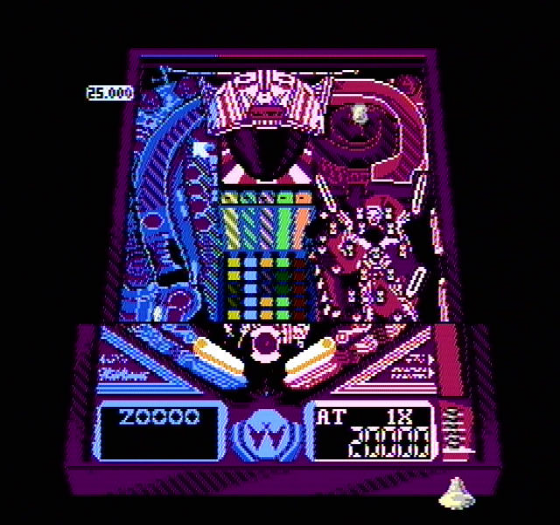 The futuristic scenario of Pinbot is set against a journey through the solar system. As the points mount up, the player travels past the planets on the way to the sun. Each time a level is cleared, it's possible to pick up bonus points as well as extra balls - very useful when things start to get tough!

I'm very impressed! I played Pinbot a lot in the arcades in its pin table form, and believe me, when I say that Rare have managed to convert it perfectly to the Nintendo. I really mean it! It looks and plays exactly like the real thing!

The ball movement is superb, and the flippers work just like the real thing. The way the screen scrolls is an excellent idea, following the ball around and joining up with the bottom of the table panel when it's near the flippers. 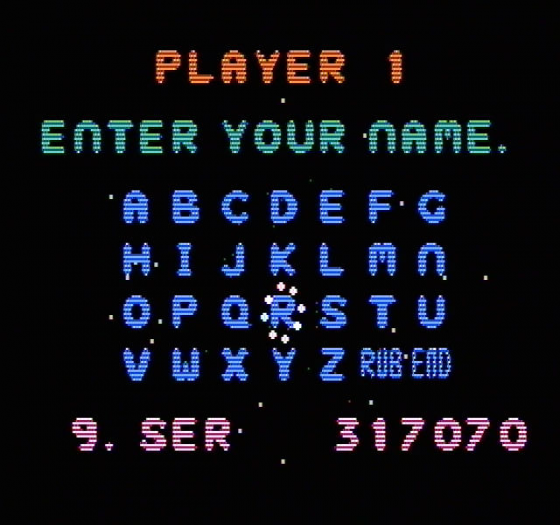 What I particularly like about the table is that you can have multi-balls, and there are plenty of great bonuses to rack up (and some of them pretty tricky to get!). With great speech and graphics, Pinbot is an incredibly addictive game which sure plays a mean pinball!

A pinball game may seem a redundant idea, and I was doubtful at first that this Rare conversion of the famous table would work. After playing it for a short while, however, I found this to be a cracking game - the ball movement is realistic (always the hardest thing to get right), the bonuses tricky but rewarding, and the overall effect makes this the closest thing to a pinball table possible on a console.

The graphics amy seem somewhat bland, but that's only because the emphasis has been placed on the more important aspects of the game. The flippers respond perfectly and the array of extra features make this game something special. For a change from the standard NES fare, check this out. 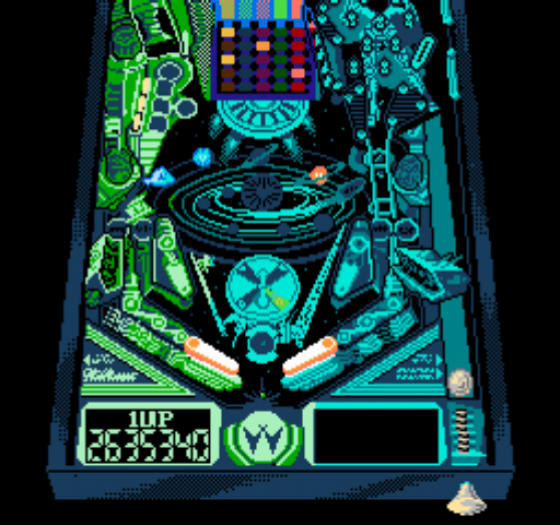 Presentation 82%
A great opening screen with booming music. The score screens have a nice 'spacey' effect.

Graphics 85%
Although the screens may look dreary, the graphics suit the game and give a genuine pinball feel.

Sound 89%
With an outer-space theme and robotic speech complementing the pinball sounds, this is an aural treat!

Lastability 90%
It's no easy task to get through all the planets on the way to the sun, but it's certainly fun trying!

Overall 90%
To put it simply, Pinbot is the finest pinball game on any system! A must for fans of the silverball.

Pinbot is simply the finest pinball game on any system! A must for fans of the silverball. 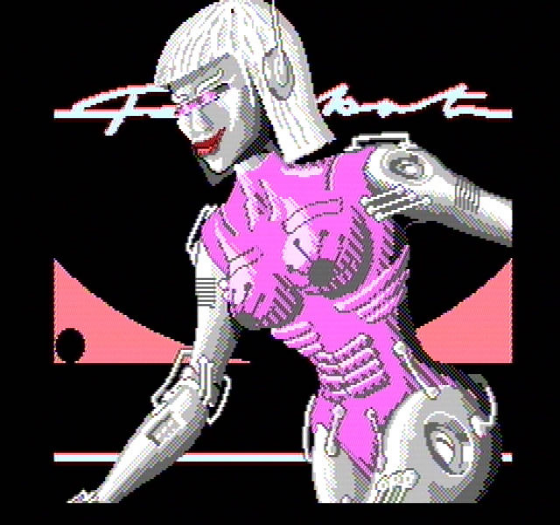