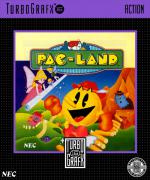 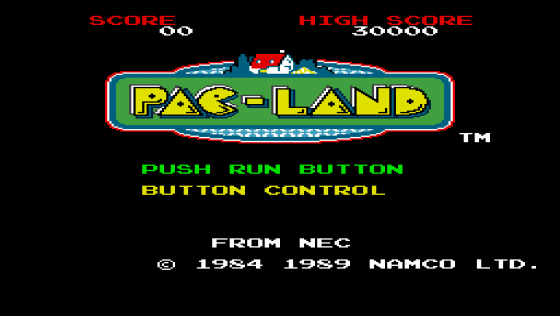 Grandslam released computer conversions of Pacland earlier this year, so I was interested to see how Namcot's PC Engine conversion compared with them. Well, to be honest, even the Amiga version looks poor by comparison. (And before any enraged Amiga owners write in, I'm not necessarily saying that the PC Engine is better than the Amiga - but in this case the software certainly is.)

All the features (and I mean all) of the coin-op original, and its looks and playability have been captured on this PC Engine version, and the end result is a replica of the arcade machine that's indistinguishable apart from the fact that you don't have to spend lots of ten pences to play.

The coin-op's been around for four years now, but if you haven't seen it, here's the story. The player is put in control of the yellow dot-gobbler himself. He's not just a round thing any more - he's sprouted arms and legs - and he's on a mission to take a lost fairy back to fairyland. This involves running and jumping across a horizontally scrolling landscape avoiding ghosts. These too have got a bit smarter since their Pac-Man days, and now drive cars, fly planes, hop on pogo sticks - and generally do anything to stop Pac from completing his mission. 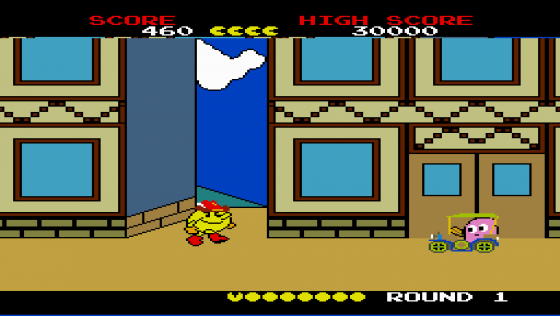 There are eight levels in all, each split into four sub-levels, and if you manage to get through them all, you can play Super Pacland, which has different coloured backdrops and is twice as tough as the normal game!

As I've already said, Pacland is a marvellous conversion. The tunes, the graphics and the playability are all absolutely identical to the coin-op. It's massively addictive, very challenging and will keep true Pac-fans happy for months.

An utterly superb conversion: this is the coin-op, right down to the very last detail. If you're a fan of the coin-op, don't miss it.

An utterly superb conversion: this is the coin-op, right down to the very last detail. Don't miss it! 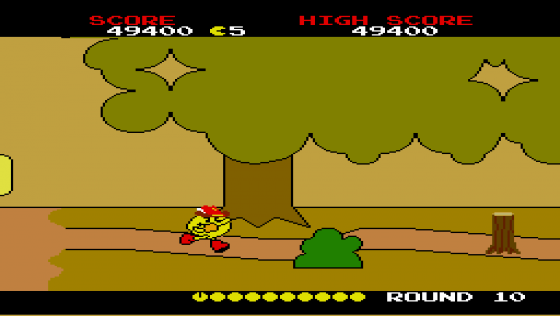 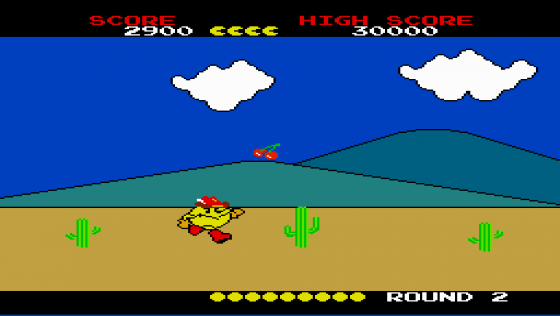 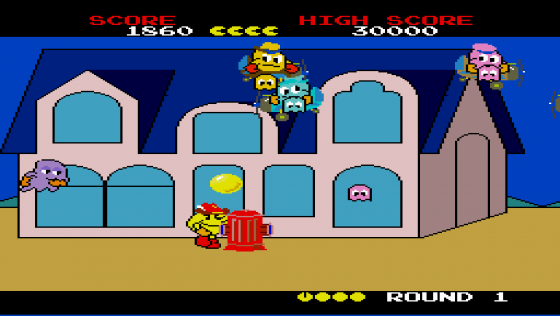 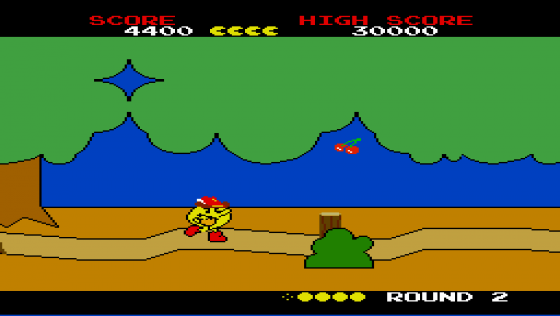 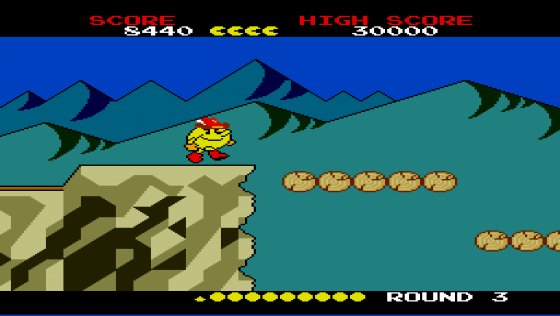 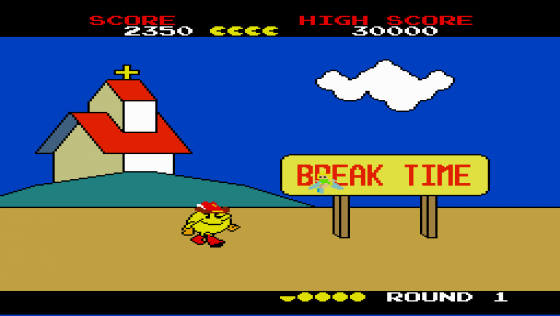 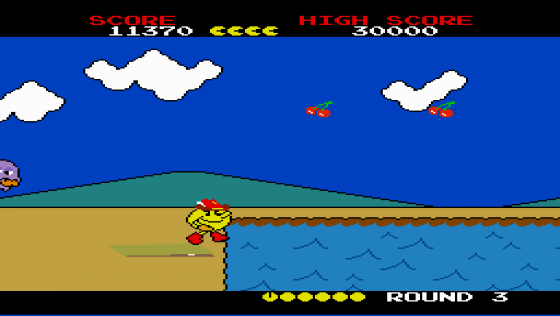 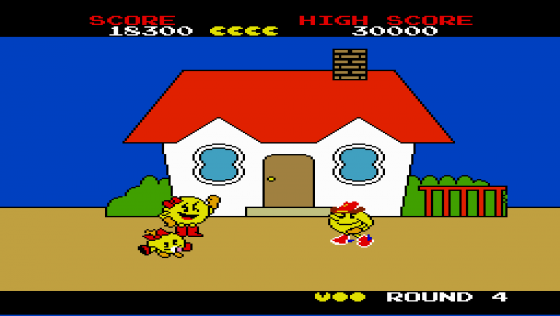