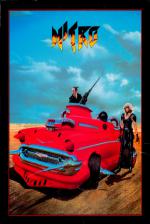 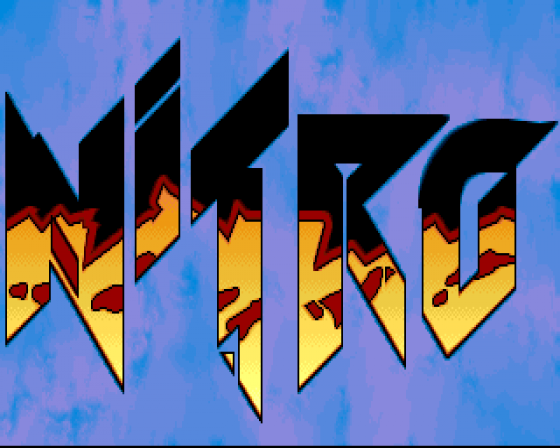 With all these 'races to the death' it's a wonder there are any drivers left at all! In fact, just four remain to contest the Nitro Championship. Its thirty races take place over four different types of terrain so, uniquely, the competitors are allowed to change their cars - Formula 1, Sports Car or Turbo Buggy - for a small fee in-game.

The action is shown from overhead with the four cars (up to three human competitors) racing around scrolling roads. If a car is scrolled to the edge of the screen it loses valuable fuel, and is replaced further ahead on the track. Run out of fuel and you're out: so watch out for fuel barrels which roll by. Other collectables include nitro boosters, points and cash to spend in the interlevel shop to buy better engines, tyres, nitro boosters, etc. Some of the races take place at night with the road only lit up by headlights - you can even collect dark bulbs to turn your opponents' lights off!

Winning a race earns you championship points and extra fuel. 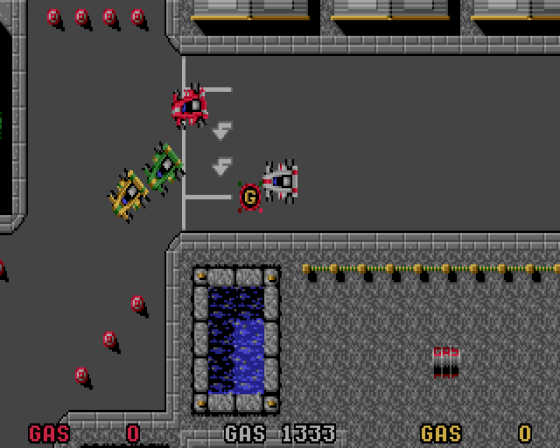 This is very reminiscent of Hot Rod, but with a few extra frills. The three-player mode is fun or a few races, with a mad rush for the fuel barrels and other collectables. However, finding the correct route around some of the tracks isn't easy and you often end up down a dead end - especially at night!

Also, I was annoyed at the way you can be penalised for beating the scroll when you're in the lead.

Nitro is a surprisingly playable game, especially with three players. Obviously there's a lot more movement than in static screens racers such as Iron Man and Badlands, giving an involving sense of exploration. 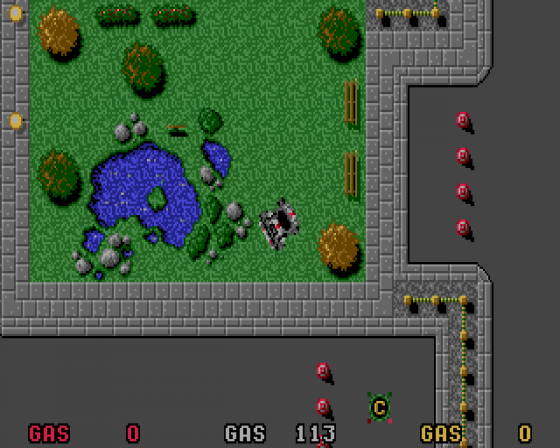 It's also a good idea how if one player drops off the screen he's warped back into the action, but at the cost of some fuel. The only drawback is the simplicity, at £25 it's overpriced and lacks lastability - especially if you haven't got someone to compete with.

Presentation 70%
Nice ray-traced intro, choice of car, upgrade parts and option for other players to join in at any time.

Hookability 77%
Very easy to get into, with good multi-player option. 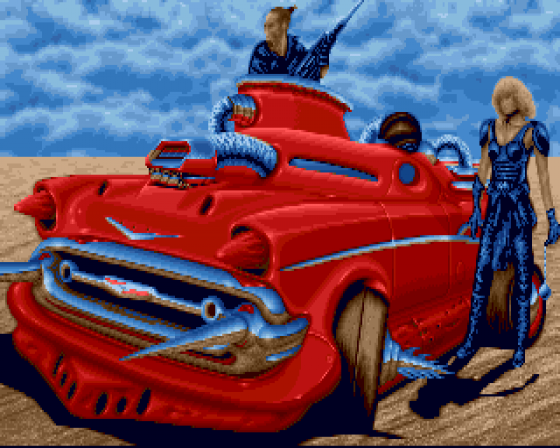 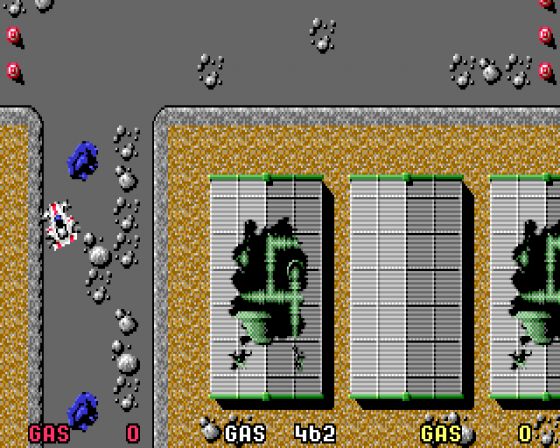 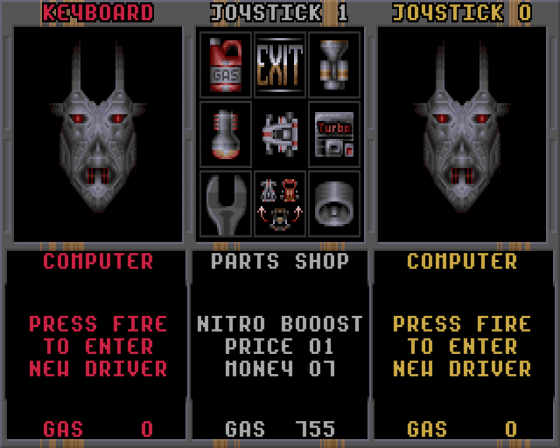 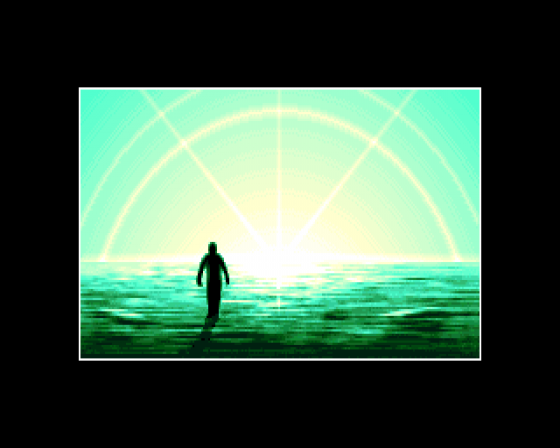 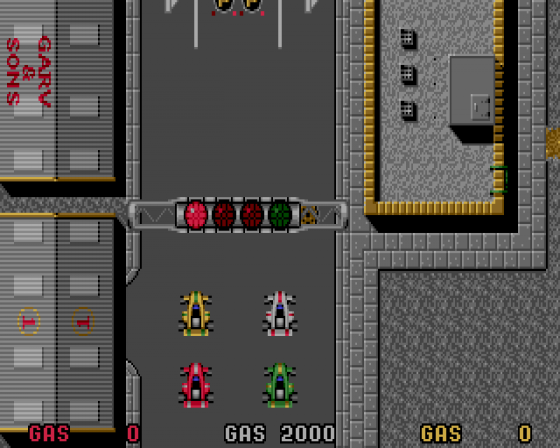 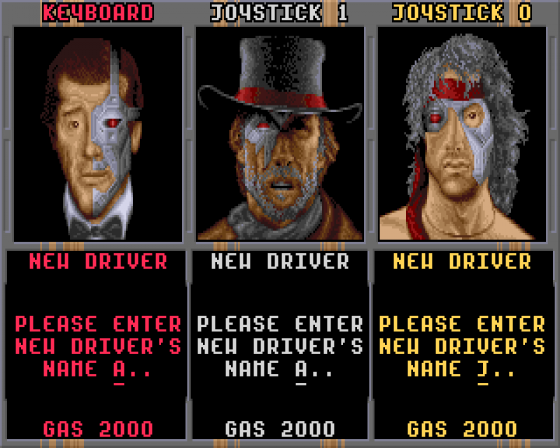 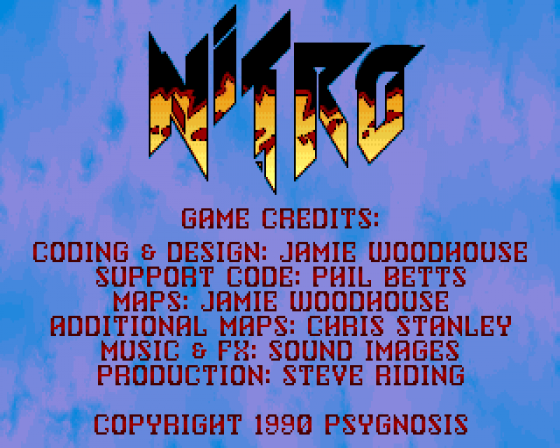