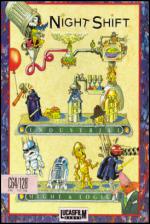 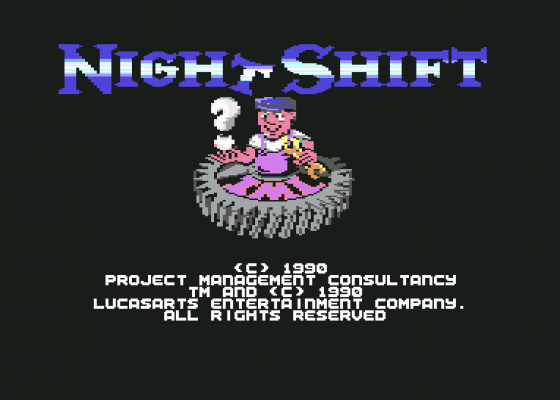 Industrial Might and Logic have the licence to produce the entire range of Lucasfilm toys, and demand is so high the production line has to be kept running overnight. Unfortunately, IML are too tight-fisted to pay for more than one worker to oversee the machines. Fred or Fixit is the unlucky person who takes the job.

The automated production line is called the Beast, and it sprawls over approximately eight vertically scrolling screens. Plastic sludge is piped into a glass jar at the top, which must be keept at just the right temperature. Kick in the plug, tighten a loose bolt then light the Bunsen burner under the flask to get things going. A switch allows you to vary the flame until the plastic is bubbling away. If the temperature is correct, lumps of plastic are passed down the line by conveyor belts (of which there are lots, all of which have to be moving in the right direction!). First stop is the moulding process where the two halves of the doll are punched out. On later levels these need to be painted. There's a tank to mix the colours, plus paint sprays and drying fans.

One of the most important stages is the assembly of the two toy halves - it's all too easy to get the body on top of the head, or different figures mixed together. Eventually you'll need to master quality control, moulding, packing and much more. 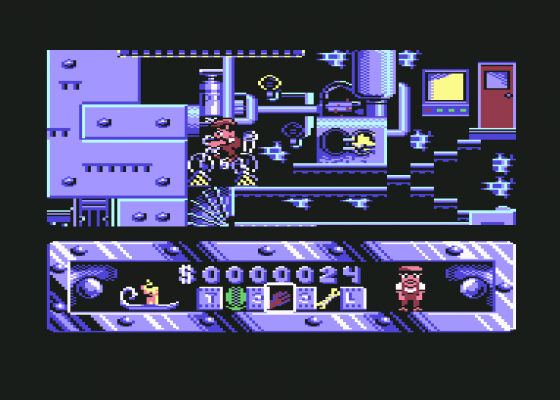 Further harassment is caused by Larry Lawyer who chases you about, trying to hit you over the head with a lawsuit. Cliff Lemming is another nuisance, getting under your feet and flicking switches. To deal with him, use a vacuum cleaner (to suck him up) or a venus flytrap (to eat him!). These items are in your toolbox along with a wrench, match, balloon (to go up the Beast faster). You can use each item only once, so keep an eye out for replacements, bonus points and bonus money. But don't dawdle - unless you meet your production quota you're fired!

What a great conversion this is... with all of the Amiga's game features - including the humorous presentation screens. Graphics are attractive and detailed, though (as with the Amiga) it's difficult at first to see which bits of scenery you can jump onto.

Sound is a bit sparse in-game, but the limited FX are all vital - warning you when something is going wrong. Gameplay is essentially the same as in the original. Fiddling with the various bits of the production line is a fascinating pastime and meeting tough quotas is an enjoyable challenge, with ever more equipment to play with on subsequent levels. Great fun. 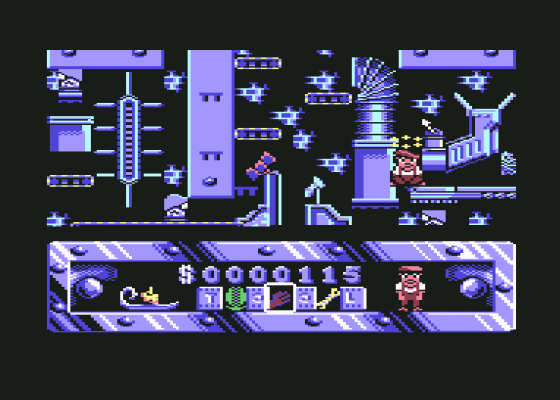 Night Shift crosses hectic platforms-and-ladders action with a worryingly realistic production line. Level one is fairly simple, but later levels introduce more and more stuff to watch over. The more you play, the better the graphics get with some subtle shading and plenty of animated little details.

They compare well to the Amiga, although the smaller screen makes it a little tougher spotting problems. On the other hand, the multi-load is a lot smarter with the ability to restart the current level without a load.

As one of the most innovative games in a long while, Night Shift deserves to do well. The 'Star Wars' toys have their own unique appeal and although it can be a bit frustrating at times, with so much t do, when you do succeed there's a superb feeling of satisfaction. Heartily recommended for anyone who likes a bit of mental challenge along with the arcade action. 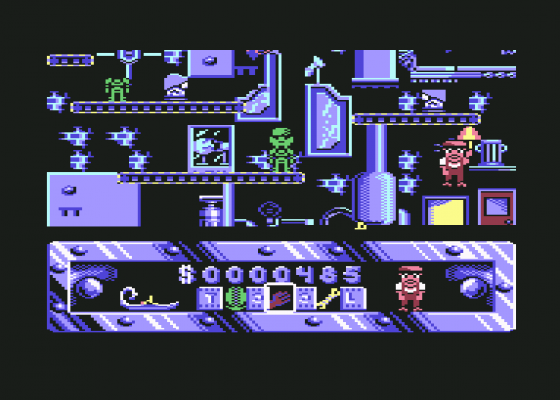 Presentation 90% Four or five levels per load, statistics load after failing a level can be bypassed by pressing F7 to restart level. Two animated reward scenes (four on disk), high score table and neat intro. Password system allows you to return to any screen.

Graphics 85% Confusing initially, but the more you play the clearer they became with some nice, subtle details.

Hookability 83% It takes a while to get used to the novel ideas, but appealing graphics and toymaking provide a hook to keep you going...

Lastability 92% ...while later levels develop the Beast into something even more monstrous - and fun. Thirty levels provide a massive and varied challenge.

Overall 89% Toymaking at its best.

Toymaking at its best... Thirty levels provide a massive and varied challenge. 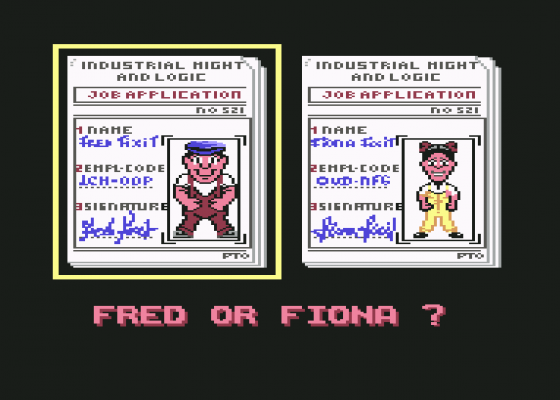 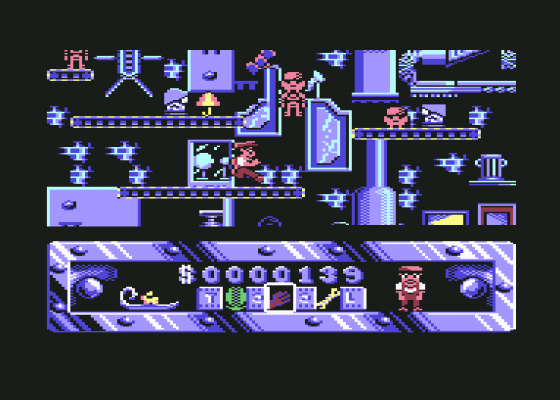 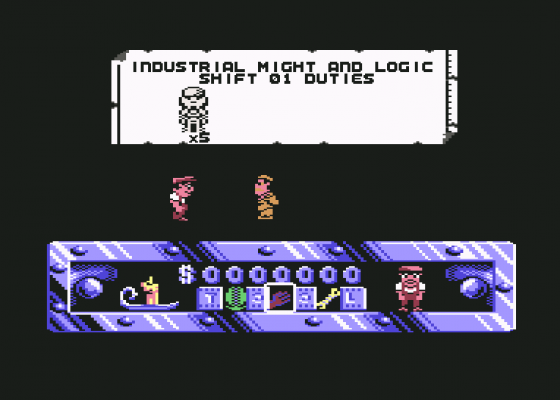