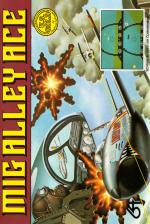 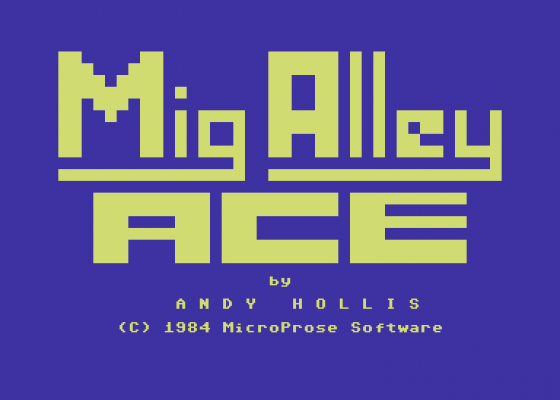 This is a new type of flying game which takes its roots from Pitstop II. It's a head to head flight simulator/game where the scenario is Korea (1950-1953) and you've got the choice: shoot down the enemy or die.

There are several settings when you load the game and you have the choice of either having a single player game, a two-player head to head, or a two-player cooperative. If you have a one-player game then the computer takes over the second player's screen. You can also select the number of 'Wingmen' if you need them. These become part of the team and they fight with you. You can vary the amount of Wingmen between two players so, for example, player one could fight solo against player two with two Wingmen. 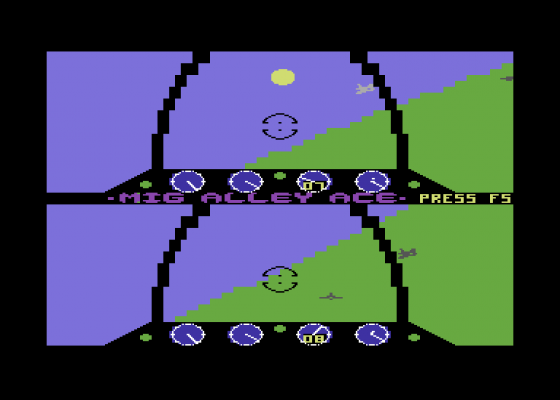 Each screen contains information to help you fly. There is a speed indicator, altimeter, engine power, and a radar showing any aircraft within the vicinity of your plane. Unfortunately, it doesn't distinguish between enemy and friendly planes; it's up to you to track them down visually (player one's planes are dark grey and player two's are light grey). There are also low altitude indicators and a low ammo indicator (you have a very limited amount).

There are five different scenarios to tackle, each scenario representing a different situation during the war. The first is the Battle for Pusan, and you have to defend US troops against enemy YAK 90 fighter bombers. The second is the Sunchon Airdrop, where you have to pilot a modified C-119 transport plane across enemy lines whilst beating off attacks from enemy YAKs. Mig Alley is an exciting scenario -- you have to fly your F9F Panther into Mig Alley and destroy all the MIG-15s you encounter. 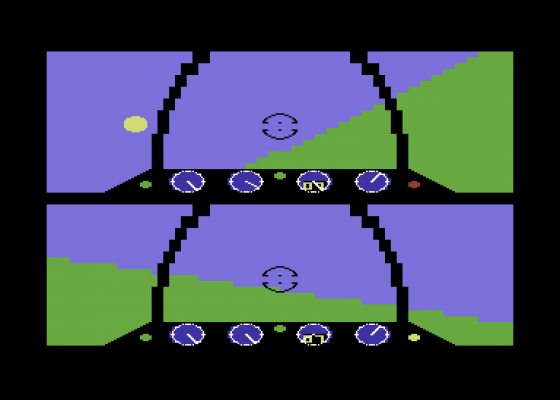 There are points to be scored for shooting down planes and bonuses for completing levels etc. You get ratings for the amount of points scored, from Novice to MGFP (World's Greatest Fighter Pilot).

When I first played this I was really impressed. After playing a few more times, I'm not so. The game itself is quite fun to play, especially with two players, the only thing is that the game is let down horribly by its graphics and speed. The graphics are extremely blocky and the whole screen tends to slow down badly when there're more than two planes flying around. The 'feel' of the plane is a bit sluggish and this makes actually bringing down the enemy a real chore. It has a nice scenario, however, and the instructions are very good, the trouble is that the whole game is too slow, boring and unrealistic to be worth a tenner.

A two-player head to head fighter simulation has great potential as an exciting game, but unfortunately Mig Alley Ace falls short. Microprose may have had good intentions when they conceived this game, but something seems to have got lost along the way. The graphics don't really work, as they are far too slow, juddery and blocky. No atmosphere or feeling of flight is generated as in say, Dambusters, which doesn't help much. The sound isn't much either, and is reminiscent of other Microprose flying games such as Spitfire Ace. The sluggish controls give the impression of flying through syrup and it becomes really infuriating when you can't turn quickly enough to shoot something. Nice idea, shame about the end result. 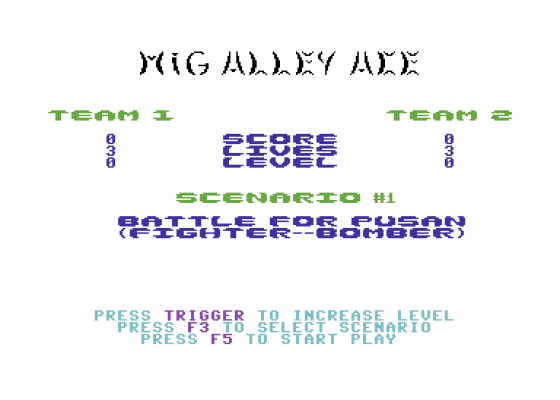 Presentation 89%
Nice array of options with one or two player head to head.

Hookability 66%
With two players it's quite good fun.

Lastability 57%
With one it's not.

Value For Money 52%
Rather limited gameplay.

Overall 54%
Just about above average.

Convincing planes, a nice array of options with one or two player head-to-head... Rather limited with blocky, slow graphics. 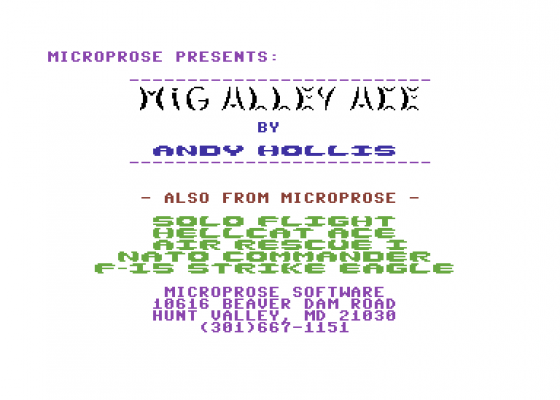