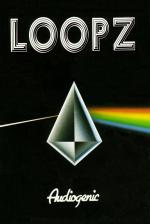 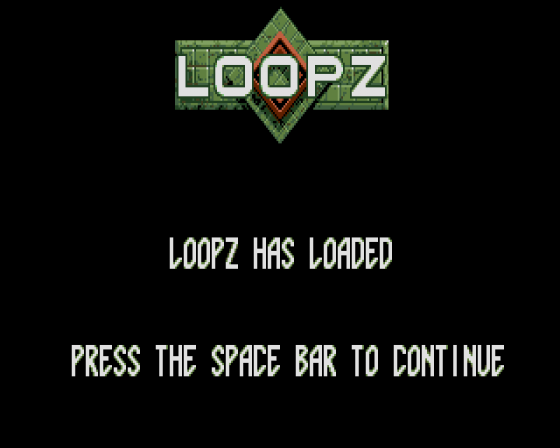 Imagine elements of Tetris being mixed and matched with some original concepts thought up by the tortured minds at Audiogenic and you're some way to describing some of the "delights" Loopz has in store for you.

It's your job to take the shaped pipes the computer dishes out and arrange them around the playing area into loops. It's not quite as easy as it sounds though. The game isn't going to make matters easy for you and whilst you're waiting for one loop to be completed you may have constructed many more simultaneously in order to keep on going. Completed loops disappear, enabling the loop-creating larks to continue.

Don't hang about pondering your next move, because every time the computer gives you a piece of pipe to play with, a timer starts counting down. Get rid of that piece before time runs out or you lose a life... 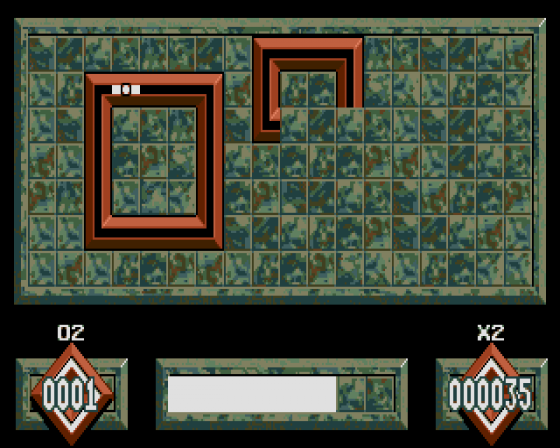 After the terrific C64 Emlyn Hughes soccer, we haven't really seen anything too amazing from the Audiogenic lads. Loopz, however, shows that they're back on the track to glory!

The basic loop creating gameplay may seem a bit too simplistic, but that's probably the game's greatest strength. A sense of real achievement is gained after completing a really complex loop, but having said that, the levels of strategy in this game don't quite match up to the thought and planning required in Tetris or Pipe Mania.

The graphics serve their purpose, but a lot of companies are putting a lot of fancy graphical touches to their puzzlers these days and Loopz looks a bit dated.

The sound isn't so bad but David Whittaker's tunes sound flat and unexciting. I'm usually a sucker for a decent puzzler, but that indefinable something that made Klax and Tetris the classics that are is simply not present in this otherwise decent offering.

ST Loopz is much the same as its Amiga counterpart. It's good, but doesn't run rings around the opposition by any stretch of the imagination.

I'm usually a sucker for a decent puzzler, but that indefinable something that made Klax and Tetris the classics that are is simply not present in this otherwise decent offering. 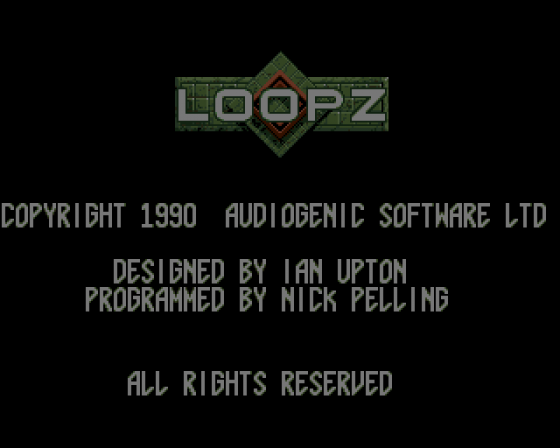 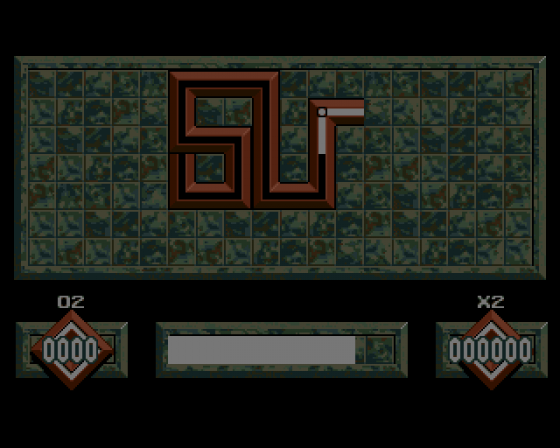 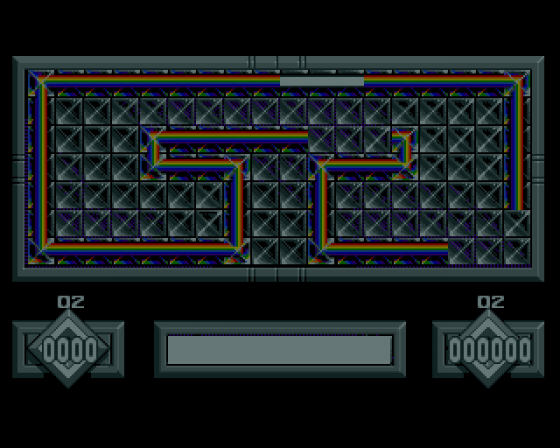