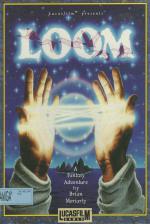 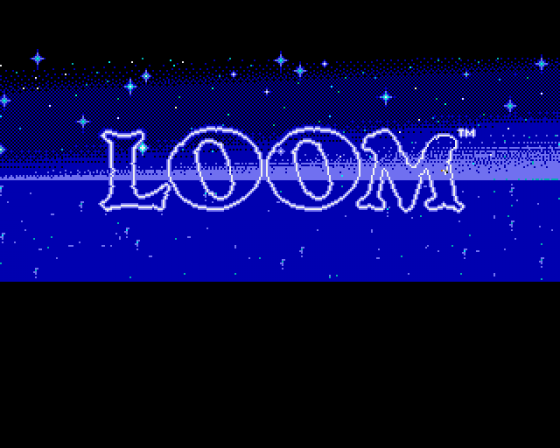 Okay, okay, I'm a bit late with this one - well you do want a thorough review don't you Not the five minute jobbies offered by other, inferior mags?

Written by ex-Infocom man, Brian Moriarty, Loom presents you with another of Lucasfilm's animated graphic adventures in the tradition of Maniac Mansion and Indiana Jones. The main difference, though, is that Loom uses a unique musical interface to aid puzzle solving.

You are Bobbin, a member of the Guild of Weavers: a secluded race of people who actually weave the fabric of reality to create spells. They do this by the use of a staff, or distaff, which utilises short musical pieces to effect the spell. 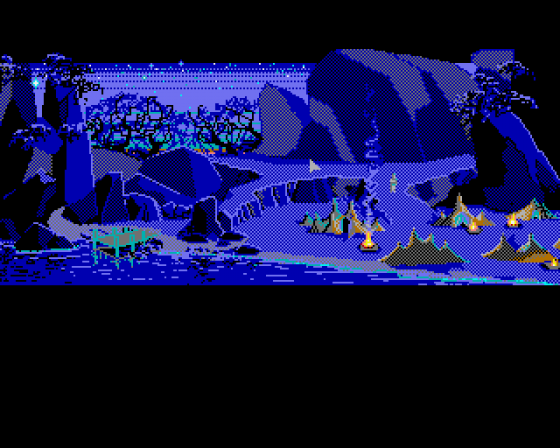 The highly original, and rather involved storyline, culminates in the prospect of you, Bobbin, a 17-year old Weaver, having to solve the mystery of the disappearance of the whole Weaver race. Can you prevent the chaos which will surely follow?

Clues and objects are found by searching the screen with the mouse. When the cursor sweeps through a designated area, a small cameo picture appears at the bottom of the screen. Click once to keep it there and click on the cameo to access any information it may contain. I do have reservations about collecting clues in this way but I must say that Lucasfilm's system works fine.

However, the game is centred around its musical interface which is innovative and brings a new dimension to computer games. To 'weave' the spell for opening, for example, you must type in the four required notes, via the keyboard. Type the correct sequence and the spell is initiated. You'll have lots of fun trying out different combinations of spells on unlikely objects.

The game comes with three levels of difficulty, which all affect how much help you are given with the musical interface. I'd certainly recommend Expert Level as you'll get the most out of the game this way - not to mention a bonus animation sequence.

Loom may be criticised for being too easy, especially for the money you're paying. This is a fair comment but nevertheless Loom is a wonderful experience. Graphically and aurally excellent coupled with the superb scene-setting cassette that's included, Loom manages to exude a refreshing innocence reminiscent of the classic Disney films. Sit back and let it flow all over you. 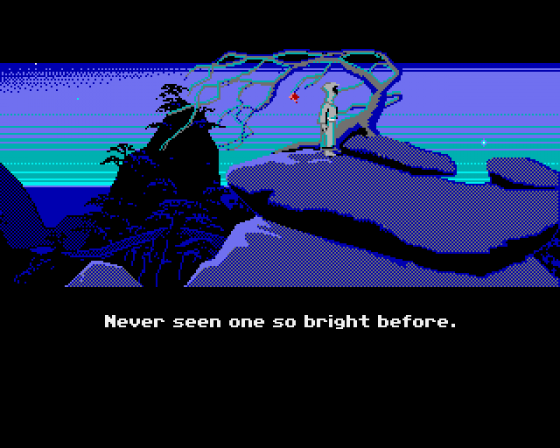 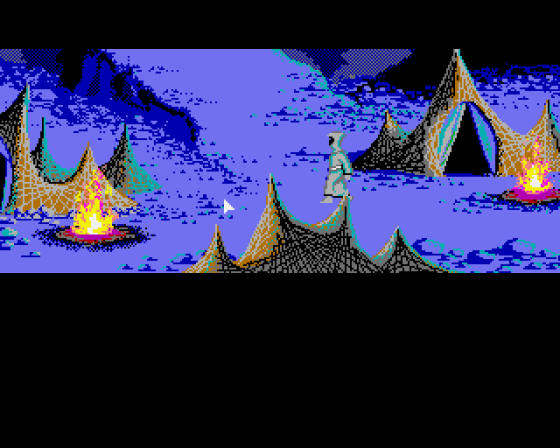 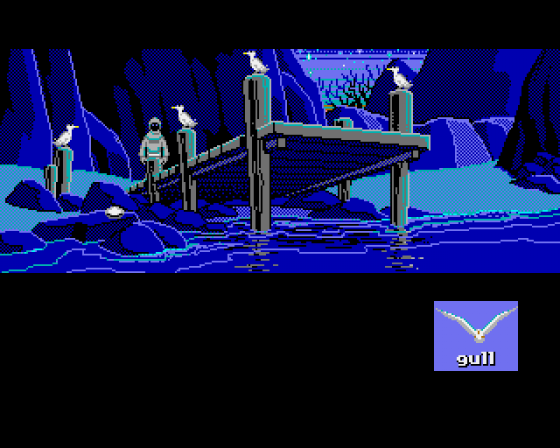 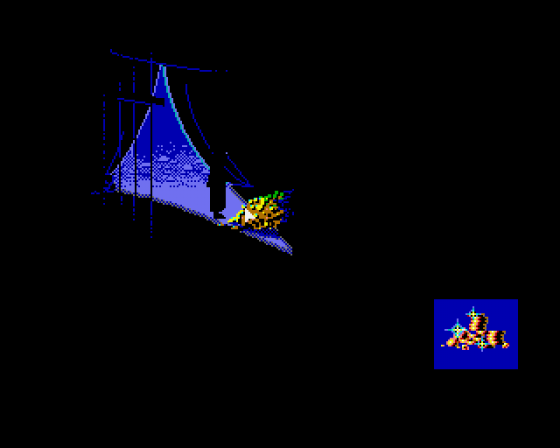 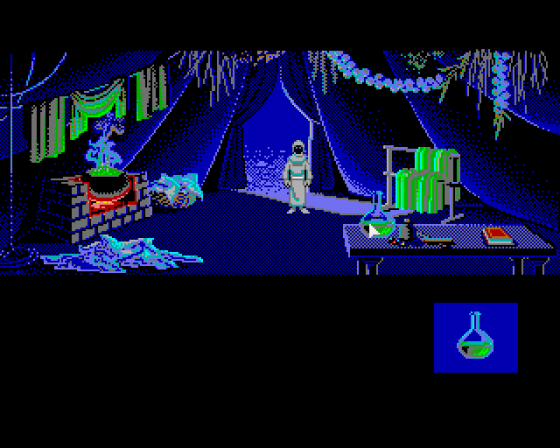