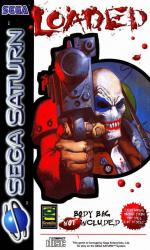 This is the future of prisons as we may well know it. Slopping out, the exercise yard, visiting hours, none of this in the space age mate. You see, this prison holds some of the most vicious criminals in the galaxy. These people don't value any life form whatsoever, and would do the most awful things at the blink of an eye. It was the prison that everyone looked up to. Run with clockwork-like efficiency, no-one had a hope of escaping.

That all changed, however, when F.U.B. aka Fat Ugly Boy (not a joke) because the head warden. How he managed to obtain such a lofty position is unknown, but it's a strange coincidence that his main rivals for the job suddenly died just around "employment" time. Now that F.U.B. is in the position he so badly wanted, it appears that he has hatched some form of master plan (Daaaa dada dum!) to build a machine to open gateways to other dimensions!

In fact, he has been tweaking the fabric of the universe, meaning he can also manipulate terrain, resulting in his idea to hold planets, solar systems and maybe even complete galaxies... to ransom. All this has been made much easier by the fact that the only people who could have stopped him, are in fact already locked up. F.U.B. has bizarrely left all of the keys lying about in the levels in a bid to coax the prisoners into escaping... and hopefully dying in the process.

Appeared on the Playstation to much critical acclaim at the beginning of this year. The Saturn conversion was a mere formality.

You are a prisoner in the high security penal colony on the planet Raulf. You must escape the prison and kill F.U.B.

Loaded features six of the most bizarre characters you're likely to find in any computer game this side of the galaxy. In fact, they are so bizarre that we've decided to let you get to know them. Tonight, Matthew, I'm going to be...

What sort of rooms would you expect to find in a prison these days? If recent reports are anything to go by, pool halls, TV lounges and jacuzzi/sauna areas are probably the closest thing you get to cells, but in futuristic land, we'll have none of that. Padded cells are more commonplace, complete with straight-jacket wearing inhabitants. So if being attacked by people without the use of their arms is your idea of a good laugh, then look no further than Loaded for the ultimate in Psycho gaming experiences.

Beneath all the carnage and destruction is a brief task linked to your exiting the current level. Most of the time this requires locating and collecting the four coloured pass keys that open each of the doors.

It's these keys which allow access to the representative coloured sections. And do you know what the good thing is? The keys are usually located in the darkest depths of each section, so you end up wading through the whole of the levels. Still, at least you get to maim a few more zombie-type blokes.

Each of the six characters is equipped with a special attack that acts as a smart bomb, clearing the screen of all the enemies. Some of these are the standard explosive action you may have seen in similar versions of other shoot-'em-ups, but others are very much unique to this game. Take, for example, Mamma's Ripple Grenade, that makes the whole floor rock, wave style.

The psychos aren't the only ones whose primary objective is to rid the prison of your good selves. Here are a couple (and only a couple) of the other enemies you're likely to encounter on your travels:

A bit of gratuitous violence whisked in with loads of shooting action and a splattering of blood sounds like a recipe for success in my book. And this game delivers in every respect.

The ony problem is that I think I'm turning into some form of bloodthirsty crazed psychopath. *I need more*, heh, heh.

Ahem, excuse me. The game doesn't start at a leisurely stroll - it's more of a hundred metre sprint because you're thrown straight into the deep end. The main argument from people who dislike this is that walking along and shooting a bit is far too repetitive.

But that is what made me play this so much. The fun I had from splattering people all over the tarmac was immense, and just encouraged me to do it some more, and get further and further into the game.

What is also noticeable is that the tunes suit the atmosphere the game aims to create down to a tee. Rock 'ard pumping tracks, etc.

I cannot stress how much I like this game, and I think the only thing that fairly sums it up, is purchase now for the blood party, shooting frenzy of your life. Or something.

This is just the sort of mindless, violent, frenzy-inducing video game filth that gives people like us a bad name. And I love it.

Perhaps best described as an overhead version of Doom, Loaded manages to be even gorier, with some very impressive graphics working in perfect, er, harmony with some of the best sound effects I've ever heard in a game.

The lighting effects work in subtle ways that you initially don't register, but which ultimately contribute to a genuinely dank and gloomy atmosphere. Even the substitution of a fine mesh effect for the smoky transparencies works pretty well, and the game is refreshingly free of the slow-down the Playstation version suffered when things got frantic.

Yeah, it's a bit repetitive, yeah there's not much variation in gameplay, but the buzz you get from blasting away in the most politically incorrect game yet far outweighed any doubts I was harbouring. Loaded rocks.

Graphics 94%
P. The Saturn pulls off all of the light tricks, whilst the game creates the perfect atmosphere. The smart bombs are superbly done.

Animation 90%
P. The rendered bits on the character select screen look good.
N. But the in-game animation doesn't seem as polished as it could be.

Music 93%
P. Pumping tunes, including two tracks from Pop Will Eat Itself, are the order of the day. Most excellent.

Effects 93%
P. The squelches are awesome. And the other little effects like moving doors and gunfire are good.

Playability 92%
P. So much to shoot. Mass murder ahoy!
N. Maybe too repetitive. No real variation on the levels.

Lastability 93%
P. If you restrain from using the easy settings (They're still hard!), this is mega tough.

Overall 93%
Gremlin come up trumps with an excellent conversion. Shoot, shoot and shoot some more! Blasting fun at its very best.

Yeah, it's a bit repetitive, yeah there's not much variation in gameplay, but the buzz you get from blasting away in the most politically incorrect game yet far outweighed any doubts I was harbouring. Loaded rocks.