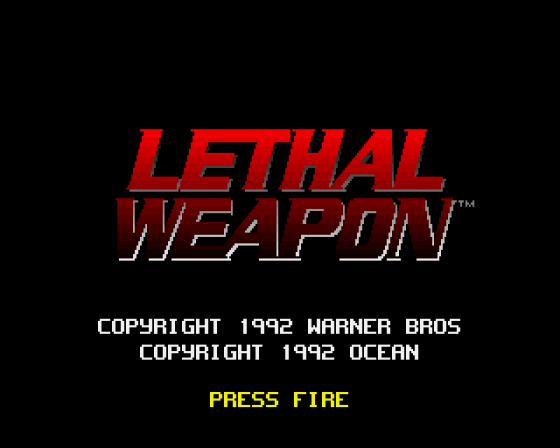 The last thing that the toiling Gamer team wanted was another platform game after the excesses of Christmas. Especially after having to beat some drunken fool back up the chimney because he nicked my mince pies, but alas here it is - the first of a new breed of 1993 platformers.

Ocean are really into this film tie-in thing, they do all sorts from Hudson Hawk to Cool World and in my opinion they don't do them very well. Basically because none of the games resemble the film in any way. You play the role of Riggs or Murtaugh the head case copper who is played so well by Mel Gibson in the Lethal Weapon films. Thus, being a nutty copper with a testosterone overdose, you are sent on various ridiculous missions in which you are hideously out-numbered by axe and machine-gun wielding psychopaths. 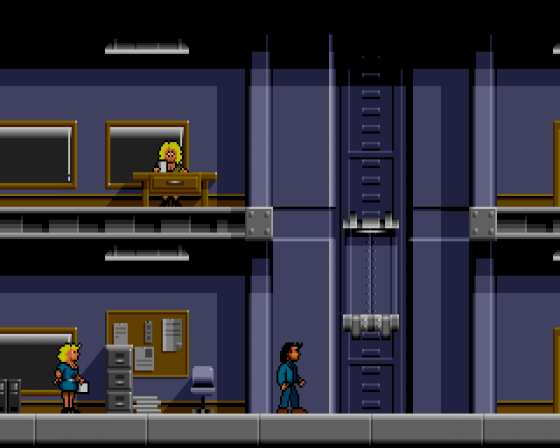 Loathed as I am to say it, I actually quite got into Lethal Weapon. It has a certain simplicity, unlike most games which treat you as though you should be knowing what you're doing seeing as you bought the game and everything.

Your character starts off in police headquarters and you have to bound around from room to room to choose your first mission. There are three to choose the first of your three missions. One you cannot select until you have picked up a secret code from somewhere or other.

This was the first aspect which drew me to the game. You aren't thrown in right at the deep end, you start off on a relatively easy mission and work your way through. 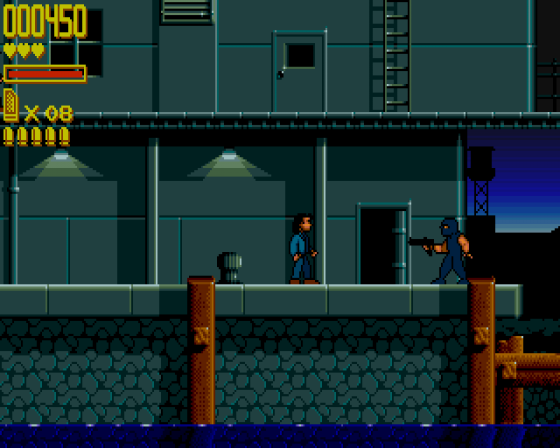 I was quite disappointed at first with the graphics because they seem unnecessarily simple but the reason becomes apparent after you've been playing for a bit. Each and every sprite on the screen has its own individual little movement whether it be looking around furtively of having a peek over the side of a ledge, which is a very strong sign that the programmers have taken a long time over the game.

The rest of the scenery is very simple, barrels, plain walls and the like which gives the game a very spartan appearance. Apart from that, the graphics are pretty spot on - everything moves very smoothly and clearly.

There are three main sorts of baddies. The first are the usual henchmen - in the films you usually have about four or five of them who get shot in the first scene. Basically they're stupid and wait for you to shoot first. 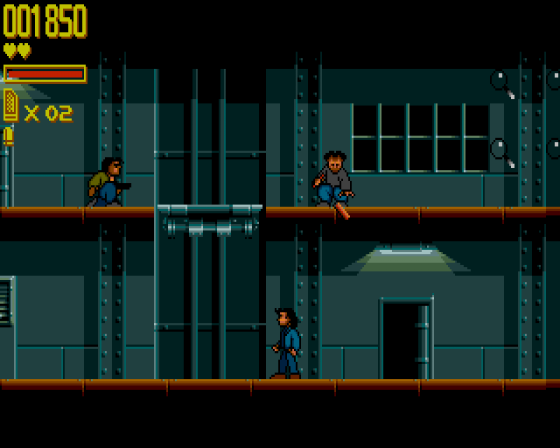 Next up are the commando types who get shot very quickly. But you have to watch them they do shoot very quickly too. Last but not least is the mad Chinese man with his meat cleaver - no gun, just a big chopper. He tries to lop your bonce off every time you venture in his space.

Sound FX are pretty much what you might expect - gun noises, things falling over and people dying - they're certainly not bad, but the game would undoubtedly benefit from something a little beefier [How about a cup of Bovril? - Ed].

I must admit that I did like Lethal Weapon a lot - I never have been much of a fan of platform games but this one is appealing to all levels, not just the hardcore bunch. In saying that, true platform fans may find Lethal Weapon a bit easy in some respects. Either way, well worth a look.

Vision 80%
Graphically quite plain, but a nice variety of movement in the sprites.

Playability 80%
Easy to get into, easy to stay involved.

Addiction 60%
It's one of those you'll pick up every so often and enjoy a few goes.

A game that's easy to get into, easy to stay involved. It's also one of those you'll pick up every so often and enjoy a few goes. 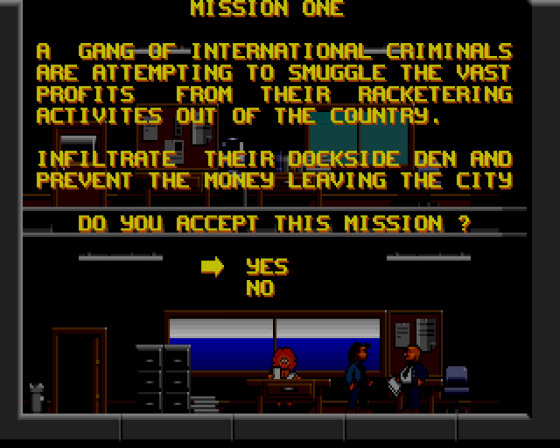 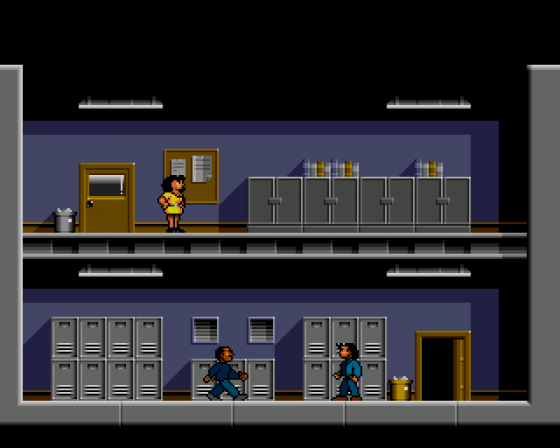 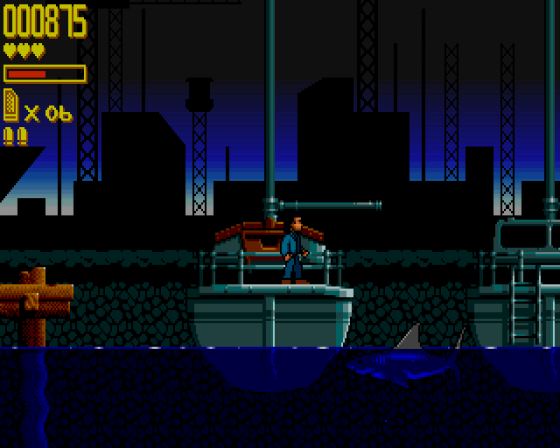 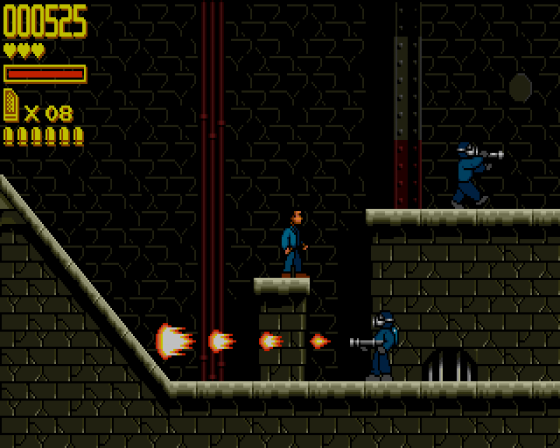 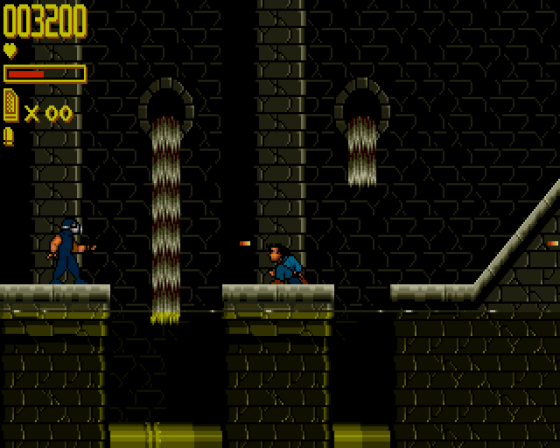 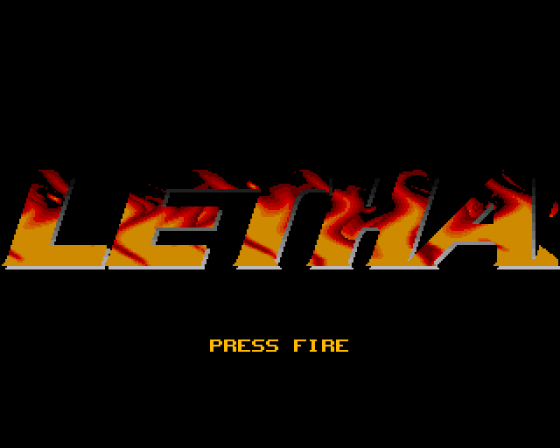