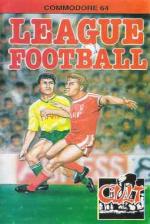 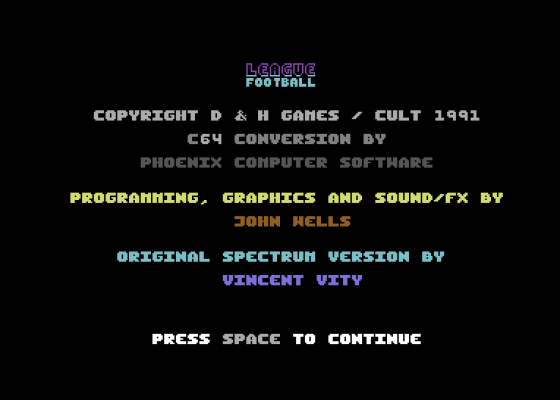 Yet another footy manager from the prolific Cult/D&H Games, this doesn't get off to the most promising of starts. After loading, you have to wait a full two minutes while the program sorts out its data (there's also a one minute delay after each week's matches!).

Following this, you choose any of 80 teams and the admission prices to your club's games: anything from £1 to £5 - pretty cheap, methinks, even for the Fourth Division. You can even change your side's strip... for a £1,000 fee!

Into the game proper, and there are twelve options on the main menu, accessed by pressing their initial letter: 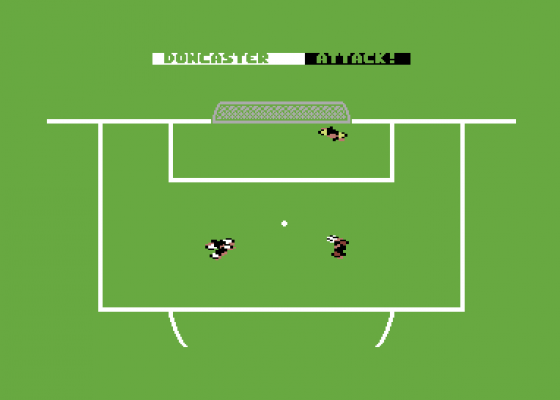 See Team: shows your full squad with stats. From here you can select players for the next match and sell any old duffers. Very familiar player names are used, but not in their regular positions, e.g. Mark Hughes as keeper (not a bad idea, he might get near the goal for once).

Purchase Player: up to eight players are for sale every week. No complicated bid system here - you just pay the asking price. 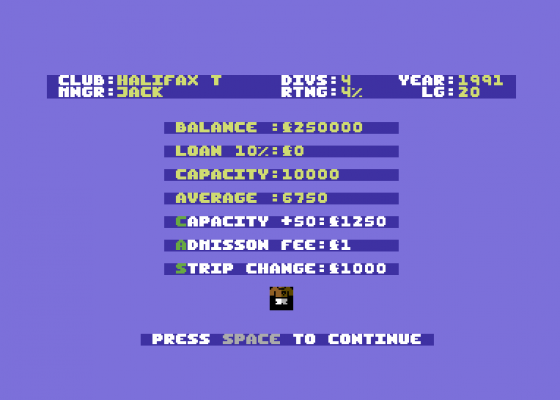 Accounts: shows your bank balance and how much you've borrowed in loans. You've obviously got a friendly bank manager 'coz he only makes you pay any interest (10%) if you don't pay your debts before the end of the season. 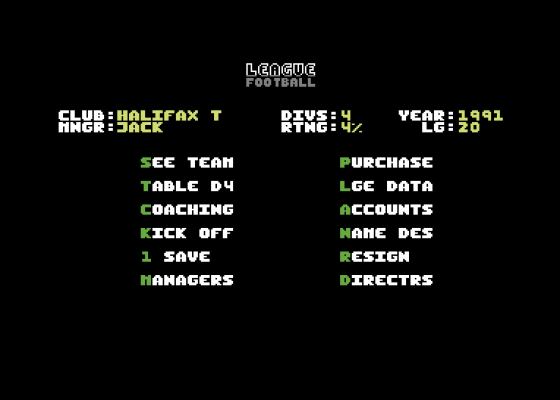 Managers: shows the rankings of the managers with their last three results - but when I played, the positions were always identical to those in the league.

Directors: the board tell you what they think of you! They might even put some more dosh in the club funds.

Resign: If you haven't already been sacked, you can quit.

Save: You can SAVE your game position to tape, so you go clubbing with Gazza.

Name Designer: If your fave team of player aren't included, you can change any of the names including those of the managers.

Kick Off: time to play the week's matches. A clock counts away the minutes of your match: every so often you or your opponents get a goal-scoring chance, shown via an automatic arcade sequence. The goal-mouth is shown from overhead with a solitary attacker dribbling the ball into the penalty area. Two defenders try to stop him - if he shoots, the goalie can save it. It's all very sluggish and the players are pretty thick (my attacker kept shooting miles wide), but at least you can cheer your team on, rather than just see the result. You can also make tactical substitutions.

At the end of the day, League Football is a pretty good management game. There's nothing spectacularly new here, but it's all done well, including all the usual management features and good match highlights. One slight disappointment is that you can't really analyse the opposition before a match - you just have to wait and see how the match goes, then make substitutions to alter your team accordingly. Well, I suppose that's what happens in real life - and at least you won't need a dustbin lid on your roof to watch League Football next season!

There's nothing spectacularly new here, but it's all done well, including all the usual management features and good match highlights. 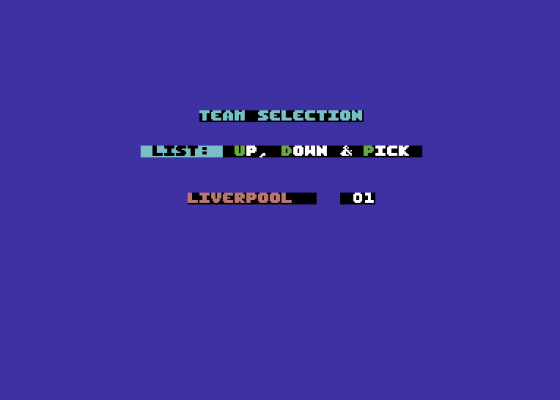 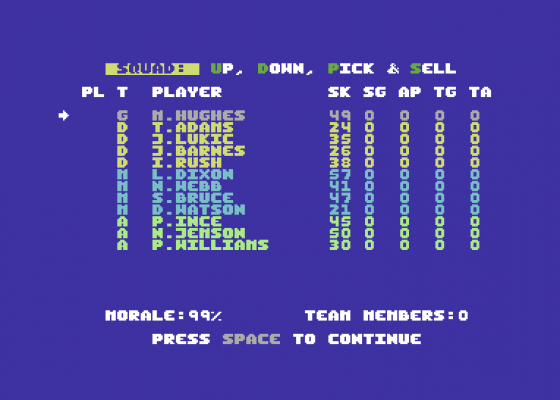 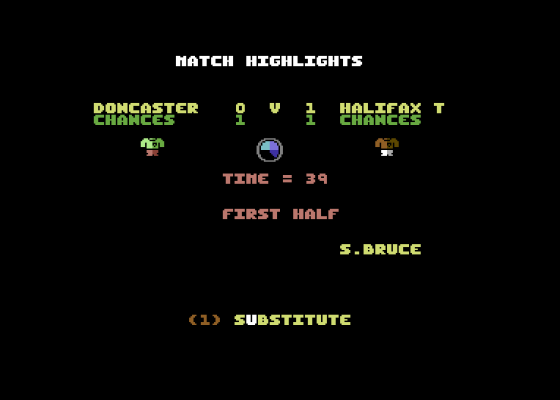 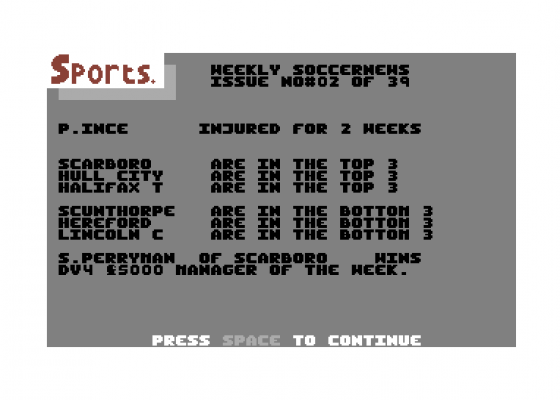