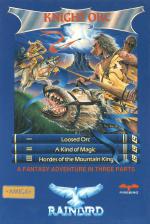 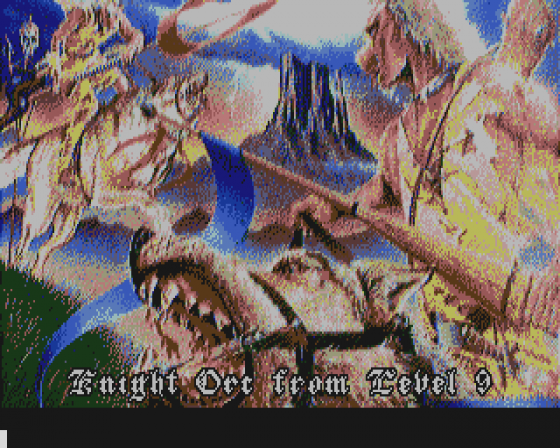 A band or orcs, cornered in the cellar of the Orcs Head Tavern, has challenged Sir Cecil to a Fight of Champions. Under the rules of the contest, provided their own Champion remains behind to fight, the rest may leave. And flee they do, leaving you, Grindleguts, the most drunken of the bunch, to the tender mercies of the joust. Just to make sure you enter the spirit of the thing, and don't escape or fall off your steed, they have fled you to it!

Meanwhile, with the Orcs Head Tavern Ladies' Bowling Team in hot pursuit, the band of orcs demolish the bridge spanning the chasm leading to Orcs Head Tower. Your job in Part One is to make a rope long enough to get across the chasm - and that's a lot of rope, believe me!

Knight Orc is a single game in three parts, and the first part is really provided to help the player explore the way the new adventure system works. Parts Two and Three are the real guts of the adventure, in which you learn to use magical spells, recruit followers, and escape. 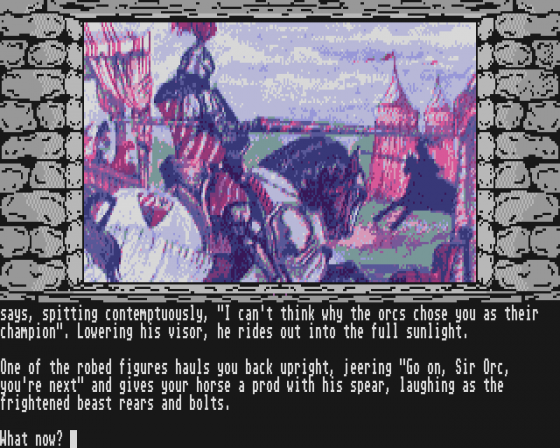 To be successful, you must act like an orc. So what are orcs really like? According to the manual, they are pungent people of elvish stature, with the charisma of blowflies and the appetite of gannets. They are particularly cowardly too. In the game it usually pays to run like hell.

The orc philosophy, in a nutshell, 'disgusting is beautiful', runs throughout the game, and provides much of the humour. EXAMINE URUK, for example, produces information that he is a trollish creature of great pungency, and those familiar with the habits of the Uruk-hai, pronounce the word by gathering a mass of phlegm and gobbing it as far as possible!

But back to the plot. The joust over, and given up for dead, you crawl out of a comfortable pile of garbage, to go in search of anything that will join together to make an extended rope. Like the halyard on the flagpost, the hawser in the well - even the very robe the hermit is wearing and a bit of cord supporting the lid of a chest. 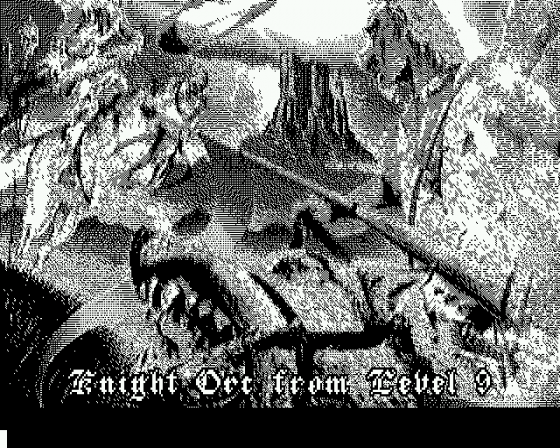 The countryside is scattered with an amazing amount of gold treasures - not the objects of your attention in this game, except insofar as they may help to distract the local population who are thirsting for a drop of orc's blood. There are plenty of them, too, like Boadicea, Odin, Muscleman, The Liquidiser, Kris and Denzyl.

Movement is through normal direction commands, but, unless you prefer to, there is no need to painstakingly make a map, or to issue a series of directional commands to get to a particular destination. If you type GO TO CASTLE then all the replies you would have received in typing in each move separately, are displayed, until either you reach the castle, or can go no further due to some obstruction. Alternatively, you can RUN TO CASTLE, and merely arrive there, or even ask someone else to go and carry out whatever chore you have in mind, whilst you get on with something else. Mind you, that's not to say they will co-operate, for some of them have a decidedly stubborn streak! In fact, Denzyl is the only comfortable character in the first part.

Not all versions have graphics but the bigger machines do.

In Part 2, things become very strange, for two parallel worlds exist - the ancient and the modern - both extremely similar yet intriguingly different.

With the game comes a 36-page manual containing full instructions, and a novella. I can usually take or leave a novella. So often they consist of so much contrived drivel to lend a degree of credibility to the game plot. But The Sign of the Orc is really amusing, and is a good read in its own right. It really is useful, too, for the game starts where the story ends, and so you neel you know many of the characters when you start playing.

Here is an adventure that is like nothing you've ever played before!

Here is an adventure that is like nothing you've ever played before! 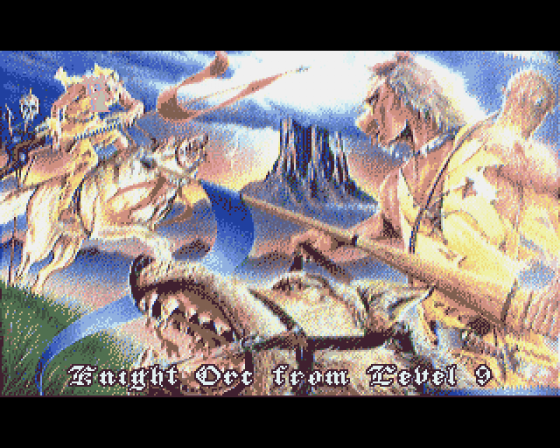 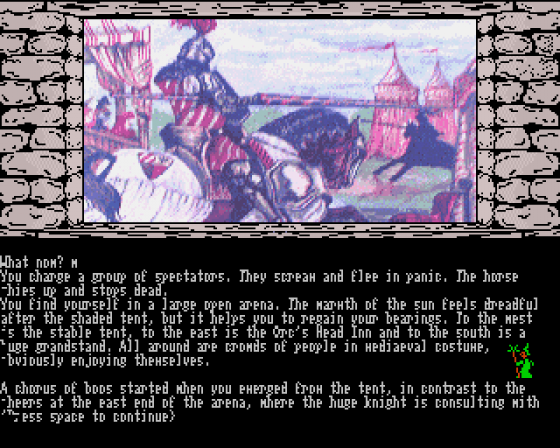 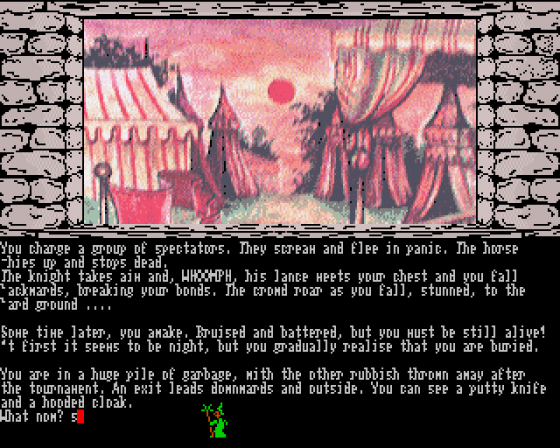