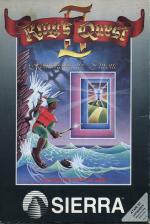 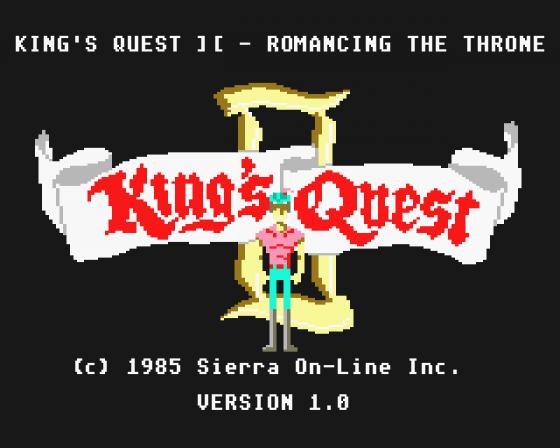 You play the part of King Graham, and are charged (by the magical appearance of your predecessor, King Edward) to find a wife to bear you an heir to the throne of Daventry.

In your journey, Graham is moved around with the aid of a joystick or control keys, over a bright and colourful cartoon style landscape.

A little difficult to control, sometimes, Graham has the ability to move behind or in front of objects such as trees and rocks. 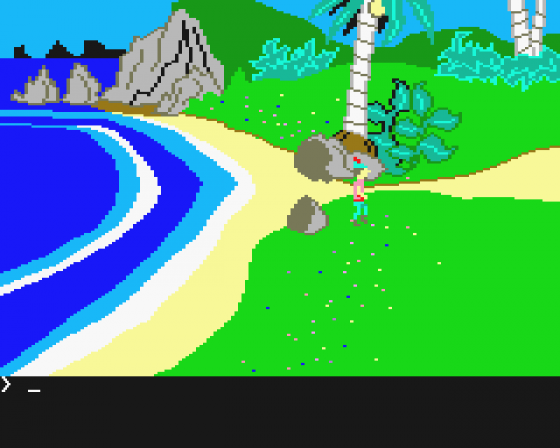 Each time Graham reaches any edge of the screen, a new picture loads from disk, and he moves on to the next "location". There are plenty of them too - it is a big game.

What takes it out of the usual run of arcade adventures, is that it also accepts text input. Thus, when you get to Grandma's house, you type OPEN DOOR, and the picture responds accordingly. If you push poor old Graham into the sea, SWIM is advisable, if you would prefer him not to drown.

The parser accepts multiple word commands, and there is a text commentary which scrolls below the picture. Many other characters appear in the course of the game, and you can talk to them.

However, TALK TO... is about the limit of your own conversational powers. The TAB key takes you to a text SCORE and INVENTORY screen. The potential top score is 185, with points being awarded fairly sparingly in ones and twos, for performing certain deeds.

As well as Graham himself, there are many other pieces of animation in the graphics. Fish leap in and out of the sea, the Witch Hagatha stirs her cauldron over the fire... All this, and sound effects too! For example, the church bell can not only be seen swinging, you can hear it ringing too!

Running on an Atari ST, it is not necessary to have a hi-res monitor. The game displays quite clearly on a TV set, using the STM version of the computer, and the text, which scrolls below the picture, is in a comfortable to read 40 character mdoe.

Sierra describe King's Quest as a 3D animated adventure, and certainly their claim - that it represents a totally new approach to computer adventuring - is true. Well, almost, for a similar technique was used in Zim Sala Bim, from Melbourne House. The Sierra implementation runs on more advanced hardware, and is street aheads of Bim and its genre, so it ought to be, too, at £29.95! 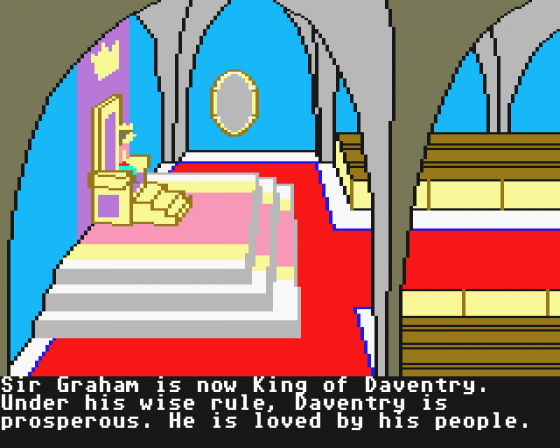 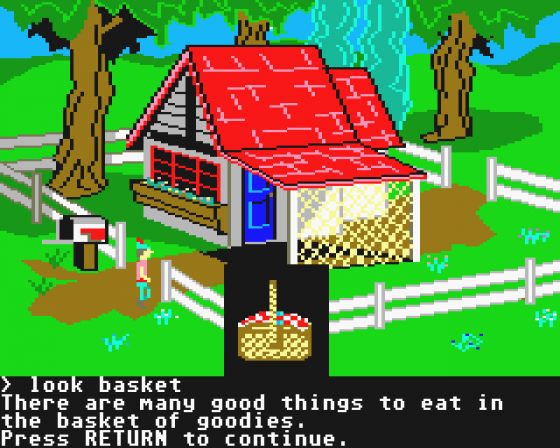 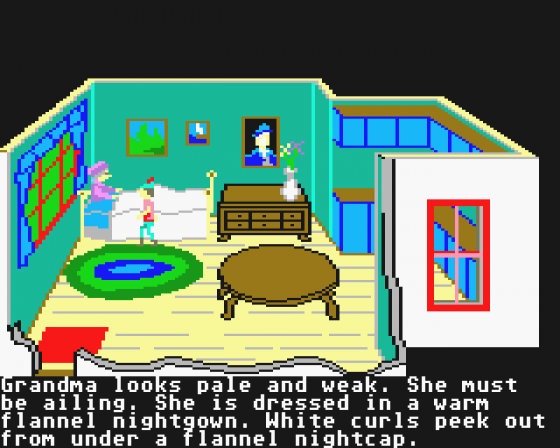 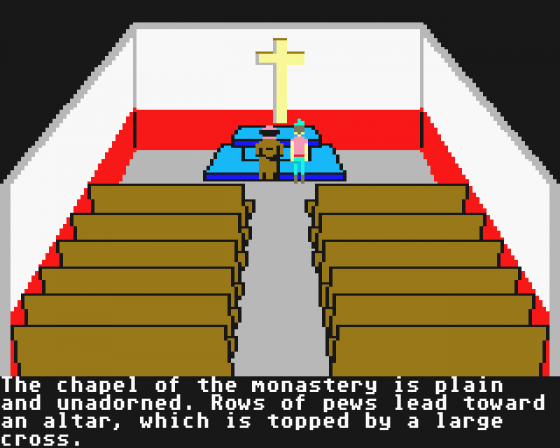 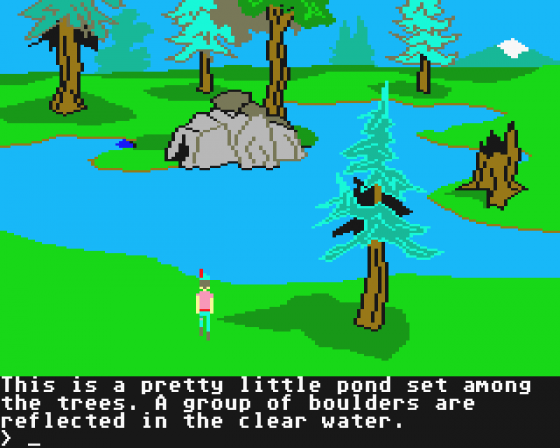 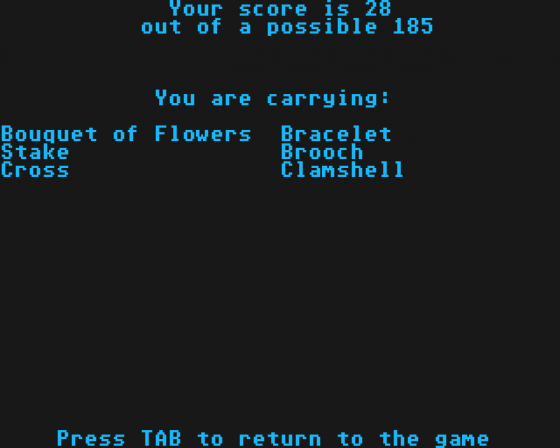 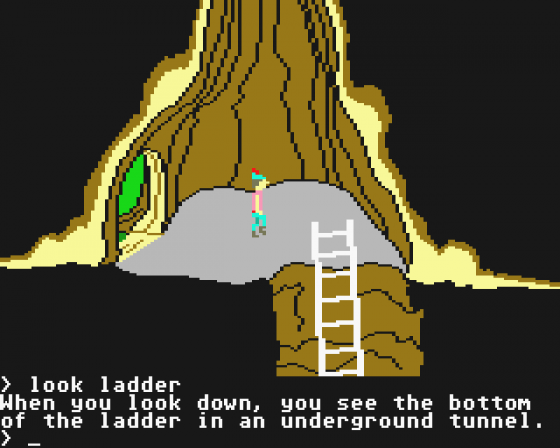 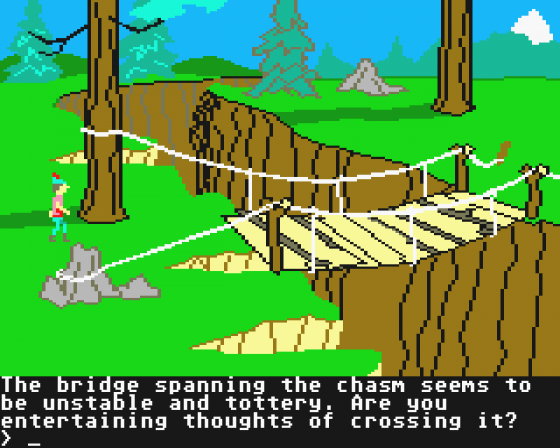