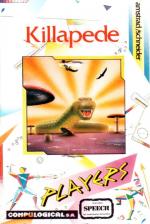 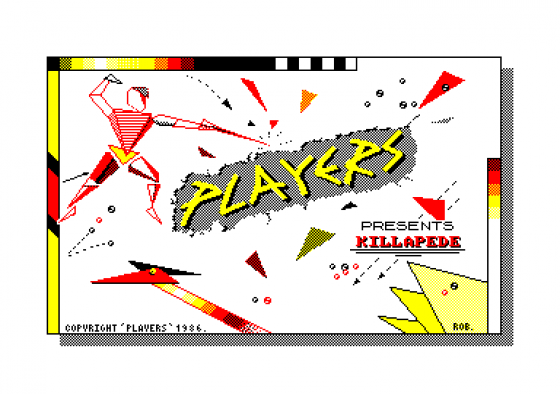 You will probably have guessed from the game name that this is a version of the arcade game Centipede - and not the first one for the Amstrad either. There are a number of differences in style and content from the existing best, Wriggler from Blaby, but both are budget priced - rightly so for an old arcade game.

The action takes place in a garden under assault by a myriad of different insects, all hell-bent on the destruction of your Dynamic Debugging Tiling (DDT - get it? The insects will!). This is located at the bottom of the screen and can move around the lower quarter of the display. It shoots knives up the screen that destroy all manner of creepy-crawly, nasty-wasty, buggie-wuggies.

The screen starts off being dotted with mushrooms that serve to get in the DDT's way, and to accelerate the progress down the screen of the killapede that appears at the top. This is the main object of your attentions and is composed of a number of segments which all have to be destroyed. When a segment is hit, the killapede splits in two, leaving a mushroom behind on the spot. 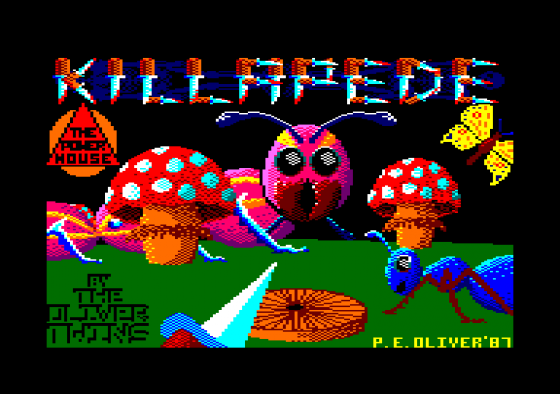 Once the 'pede has been destroyed, another one appears to take its place, but it is longer than before. Running into a segment causes the DDT to explode like a melon hitting the pavement from ten storeys up. This death routine is repeated every time the DDT meets any of the other pests.

The swarm of enemies include fleas that drop down the screen leaving a trail of mushrooms behind them. This way the screen can quickly become clogged and restrict both movement and the ability to shoot things. Mushrooms can be turned into magic ones by snails that crawl across screen. When a 'pede hits one of these tasty toadstools, it comes straight down the screen, unless interrupted by a quick knife in the head.

Down at the base of the screen the DDT is harassed by spiders and ants. Spiders bounce across screen, looking more like Magnus Pyke with a spiked hairdo, and the ants move straight across, trying to home in on you. A much prettier adversary are the butterflies that flutter by occasionally and can be blasted from the skies for a healthy bonus score. 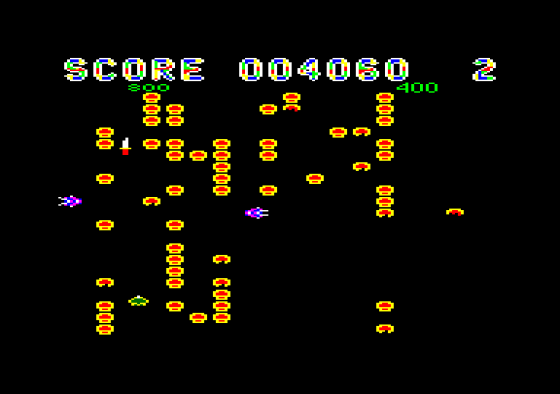 Last, but not least, is a ghost that appears when a piece of 'pede reaches the bottom of the screen. He can't be shot but disappears when all of the 'pede is destroyed. If you take too long he will advance down the screen and you'll be a dead DDT.

The action is nowhere near as adrenalin pumping as Wriggler because it's much slower, but it has a lot going in favour of it. Although slow the action is tough and certainly has plenty of colour. The presentation is also to be commended with some very impressive speech synthesis without the need for hardware, and some very colourful writing. A bit of a war of attrition because of its slow speed, but otherwise a very enjoyable and cheap blast.

Big, bright, and colourful, it's an above average version of a truly addictive game - until you play it. It looks great, it sounds amazing, but it's too slow. There's none of the insane panic that's so vital to Centipede clones. Admire its the speech, but buy Wriggler for gameplay.

Well-chosen colour combinations mean it's still playable, at least for as many stages as I could get through.

P. Good speech with no extra hardware required.
P. Lots of different insects to cope with.
P. Good use of colour.
P. Gets tough as you are overrun in later stages.

N. Action is slow.
N. Doesn't get the adrenalin pumping as much as Wriggler.

A bit of a war of attrition because of its slow speed, but otherwise a very enjoyable and cheap blast. 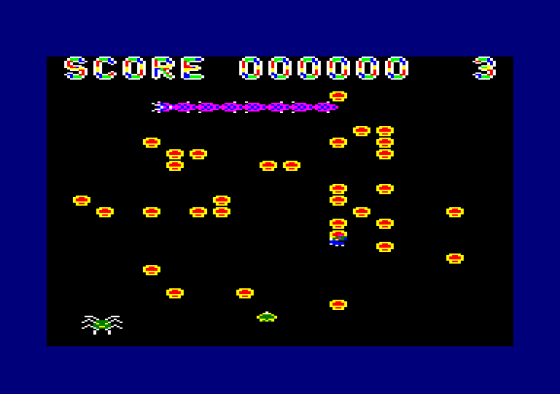