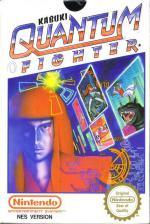 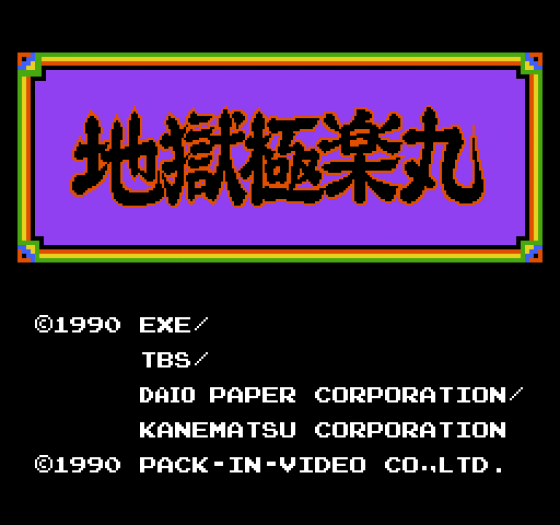 The year is 2056 and computers control just about every aspect of a human's life. Unfortunately, they also control the global nuclear defence capabilities. A bunch of deranged psycho-terrorists have got together and infiltrated the US complex and they're out to reduce the Earth to a cinder.

Although their capture is inevitable, they've used their hacking skills to alter the nuclear program - meaning that the Earth faces Armageddon at any moment! Someone has to rid the computer of the program alterations and the man for the job is Scott O'Conner - computer expert, karate champ and all-round hero.

Using a new Image Transfer System, his life-force is changed into raw computer data, and reassembled inside the Complex Mainframe. Once inside, his skills are tested to the limits as he battles the computer's new inhabitants. 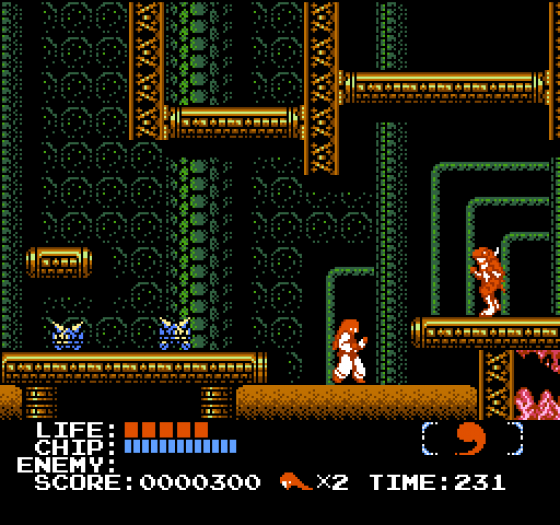 But the Image Transfer System is completely untested - and no-one knows what the computer-compatible form of Scott O'Conner will be...

Kabuki's one mean ninja dude - with a lethal hairstyle! His hair can be whipped out at any computer denizen and provides its own rather lethal short back and sides to anyone who gets in the way!

Kabuki's also a bit Strider-like in his athletic capabilities, being able to hang on to the legs of microchips and dangle dangerously from special ceilings. From these platforms, he's free to somersault to wherever he wants!

As well as his death-dealing mane of permed red hair, Kabuki carries around a select of guns that come in handy for dealing with the nasty meanies to be found roaming the platform levels.

He only starts off with one weapon, but after each level, he is graced with another improved model. For example, level one endows Kabuki with a small pea-shooter-like device, which is joined at the beginning of level two by a larger, fire-spitting model that cuts through all assailants!

Once dispatched, most of the meanies in Kabuki leave behind some kind of icon. These come in the form of either extra energy or chips. The extra weapons are powered by chips, and the more powerful the weapon, the more chips it needs to fire.

Economising on chips is the key to success in Kabuki. Save your chips, and by the time you reach the boss you should be able to teake him out with ease!

At the end of each level, Kabuki faces up to that round's guardian, who takes the form of some kind of karate/ninjitsu ace. Level one's guardian simply requires a few swishes of the razor-sharp hairdo to see him off, but things get a little more dangerous at level two, where the guardian splits into two and fires lethal lightning orbs at our hero!

Here's a guy with the ker-a-zee-est hairstyle of all time! One flick with his quiff, and it's goodnight Vienna! Apart from the hair-related devastation, this is very similar to Shadow Warriors.

However, I found that this is actually smoother, slicker and better looking, and it has more variety and challenge! Some of the baddies are really neat, and situations Kabuki gets himself into later in the game are great. IF you're after a top-quality beat-'em-up, "hair" down to your local software shop and grab it before it disappears "perm"-anently.

Kabuki's quite a novel game. Well, have you ever seen a game where the main character dispatches his foes by lashing out at them with his massive hair-do? I think not.

The action itself is incredibly similar to Shadow Warrior (which we reviewed last month), what with all of the different athletic moves Shadow Warrior - the interaction with the backdrops is a little easier.

The game is quite challenging, but not frustrating enough to put you off for long. Both graphics and sound match the brill playability, so check it out as soon as you see it.

Playability 92%
The ninja beat-'em-up platform action is addictive from the word go.

Lastability 89%
Kabuki's a tough nut to crack, and will keep you glued to your Nintendo for ages!

Overall 90%
An excellent Batman-style game that should appeal to all NES games players.

An excellent Batman-style game that should appeal to all NES games players. 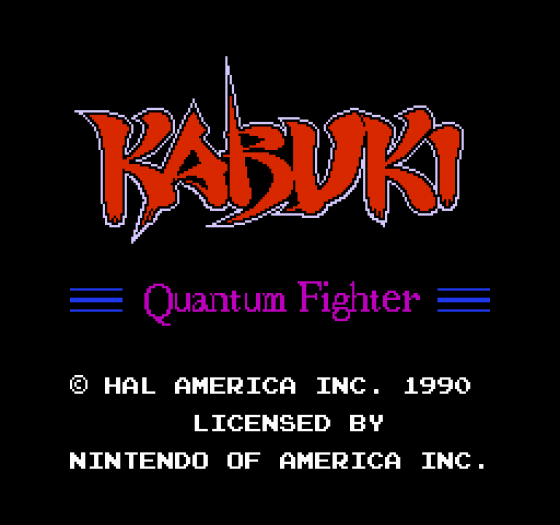 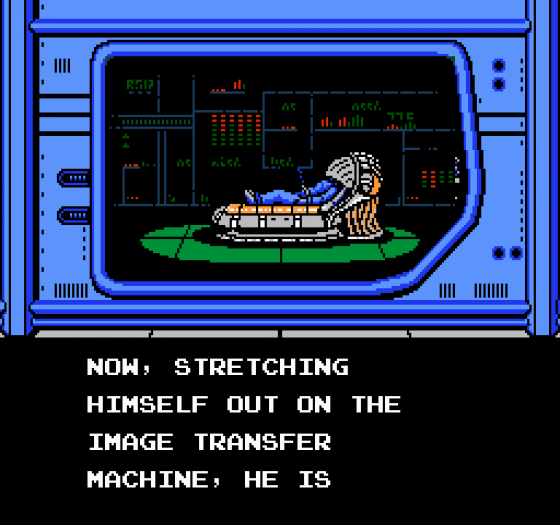 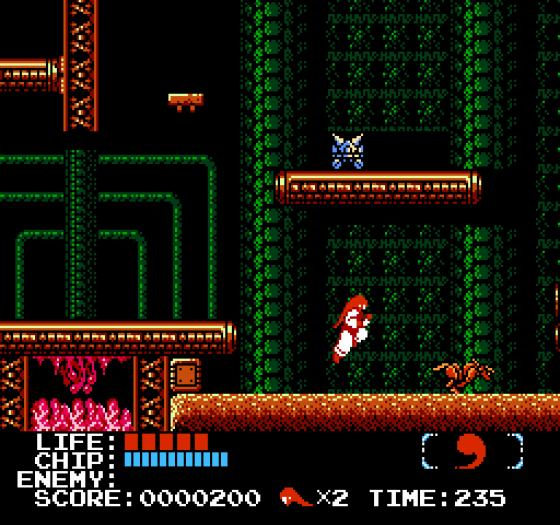 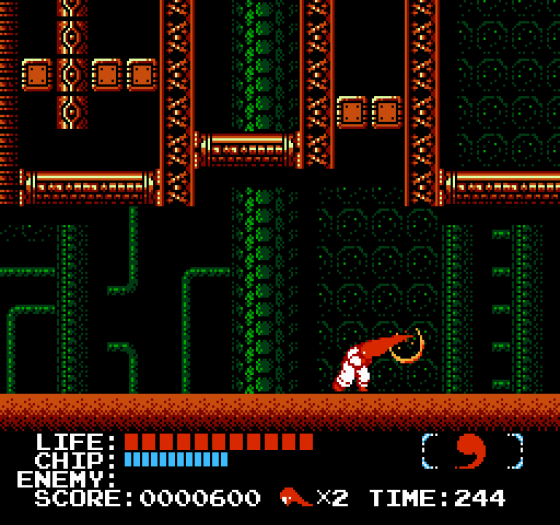 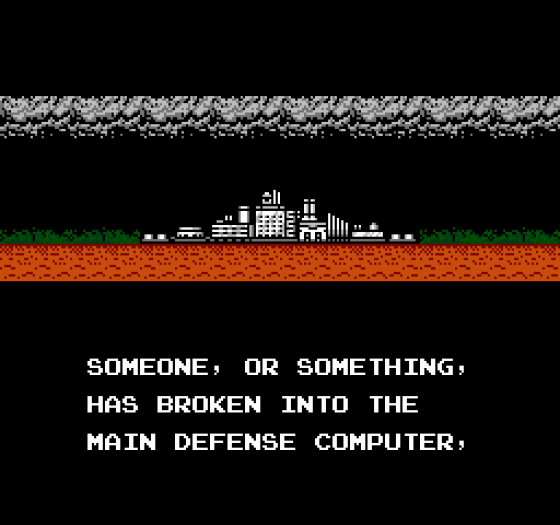 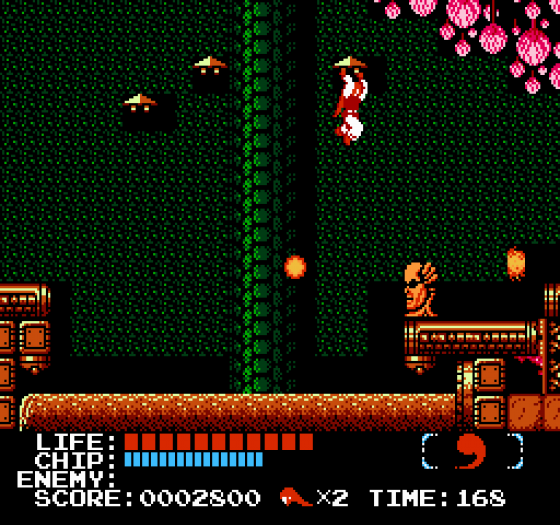 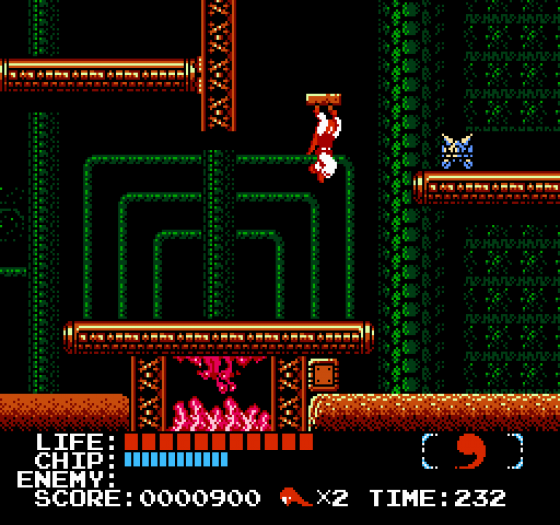 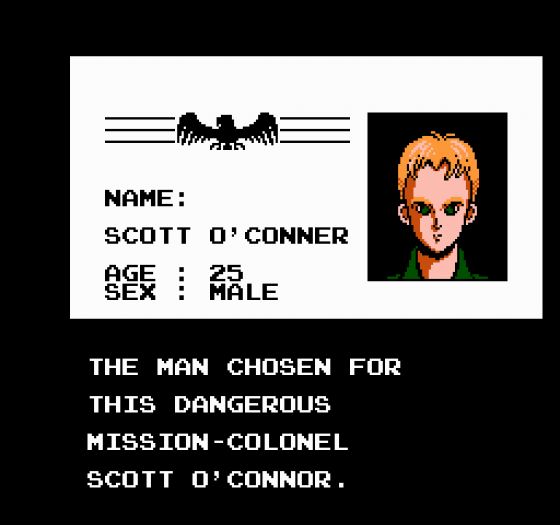 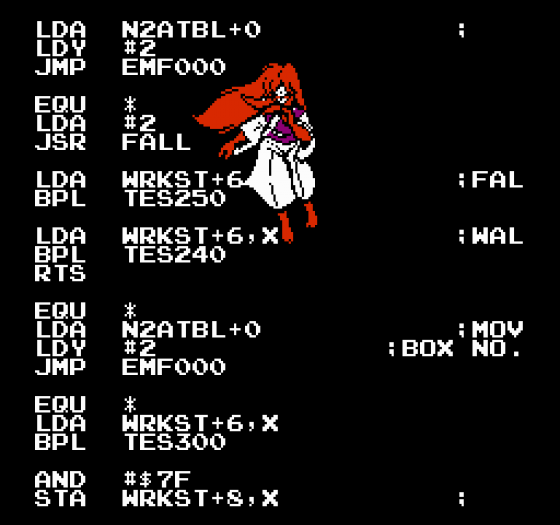