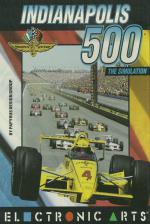 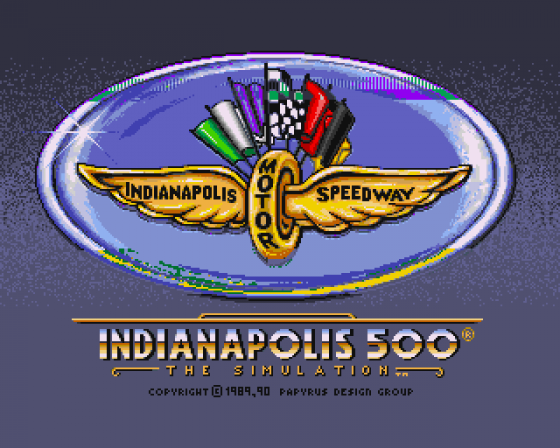 The official sim of one of motor racing's greatest races allows you to race around that famous banked oval in one of three types of car (March Cosworth, Penske Chevrolet or Lola Buick), steering via mouse, joystick or keyboard. Colliding with other cars or the track wall can result in a spectacular pile-up - which can be replayed (only on 1Mb machines) from six different camera views.

In the full 200-lap (!) race (you can also compete in shorter sprint races) you'll need to visit the pits several times to refuel and change tyres. Here, you can also make subtle adjustments to your car configuration by altering the settings of wings, gears, shocks, etc. The longer races also feature yellow flags which forbid overtaking while wreckage is cleared from the track.

Options allow you to alter mouse sensitivity and choose from levels of graphic detail - the less detail, the faster the game speed. 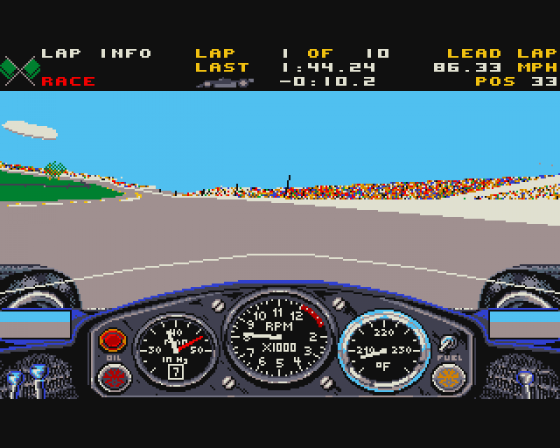 Well, it's better than Days Of Thunder but, other than the fast screen update and the much vaunted Instant Replay feature, there's not much else to hold your attention. One track just isn't enough, especially when it involves 200 rather repetitive laps.

I couldn't even manage twenty laps in the top-of-the-range Penske/Chevy with its ultra-fragile tyres! It's a challenge, I'll give it that, and it proved quite entertaining, inching past rival drivers on the strengths and dodging wrecked cars but it's *very* frustrating to make a simple mistake or be shunted from behind and get knocked out of the race.

Apart from making minor adjustments to the car, this is a pretty straight-forward driving game. Once you've learnt how to corner efficiently on the banked bends there's little else to do other than avoid contact with the numerous computer cars.

Hence, with the uniform oval track, the action is on the dull side. Doing this for 200 laps seems unthinkable - although this is where some tactics do come in, using yellow flags to your advantage and making pit stops.

Hookability 73%
Shorter, no damage races are a good introduction... 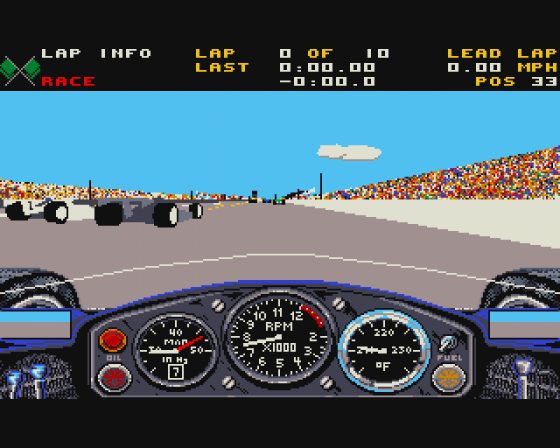