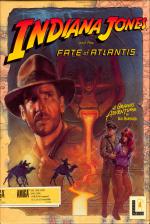 Indiana Jones And The Fate Of Atlantis | Verdict 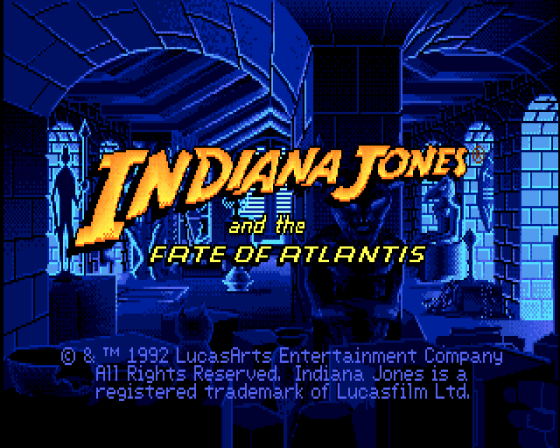 It's hard to imagine the atmosphere and comic strip action of the Indy films translated into the fairly slow and pedestrian confines of the graphic adventure with any success, but given that we're talking about the team responsible for Monkey Island 2, the proposition begins to seem less absurd.

Atlantis (for so shall I abbreviate the game's unfeasibly long name) is, happily, based not on a story designed for film, but written and storyboarded from the ground up by the Lucasfilm boys as a computer graphic adventure.

Had the company decided to cash in on The Last Crusade, we would probably have been dealing with a tatty commercial spin-off (Yuletide domestic fowl to you and me). Atlantis is far from this, and is in fact a chompingly good game. 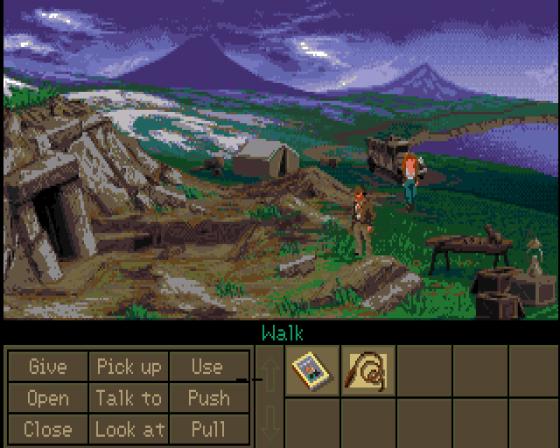 The plot, briefly, puts Indy at the heart of yet another Nazi scam, and this time the master race is after not a radio for talking to Gott, but nuclear power - the power of Atlantis. Well, OK, it's not really nuclear power, it's a sort of romanticised ancient energy locked up in a strange metal called orichalcum, discovered by the Atlanteans, but the principle's the same. If Indy fails, we're all sausage-meat.

The story begins with Herr Kerner, a Nazi agent who escapes from Indy's office after a hilarious intro sequence. Indy, having been force-fed several blindingly obvious clues (just to get you started, you understand) realises that the teutonic tearaway is interested in a dig he was once in charge of in Iceland, which means Kerner will be after Indy's old female sidekick, Sophia, who was on the same dig.

Jones sets out to warn Sophia and the action begins. To begin with, Atlantis has a very similar look and feel to Monkey Island 2, with the usual bank of a dozen or so action icons to the left of the bottom half of the screen and a space to the right for whatever Indy happens to be carrying. The top half of the screen is the action window and all user input can be in the form either of mouse clicks or keypresses. Easy, eh? 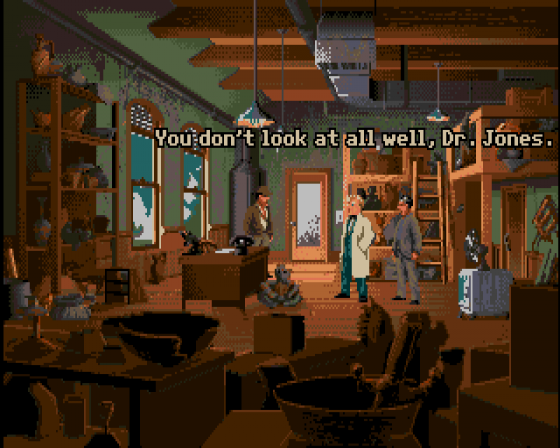 From the outset, Atlantis's storyline unfolds in much the same way as you'd expect. There's an initial section, after which the player has a choice of "paths" to follow (more on this later), then the scene changes to a variety of locations including Monte Carlo, North Africa, Crete and Atlantis itself. At all times, the player is in no doubt as to what is happening and which way the plot will go next.

This probably my only major complaint about Atlantis. There's no real mystery about the game, and even the movements of the enemy are reported at regular intervals through the medium of cut scenes. In other games, there's a certain element of figuring out both what to do next and how to do it, but in Atlantis, Indy is never in any real doubt as to his aims.

The challenge is based purely around the clever solutions the player must find to the problems which litter the well-signposted path. I'm not saying the game is predictable or boring, it's just that it can become a little too much like reading a puzzle book rather than a computer novel. 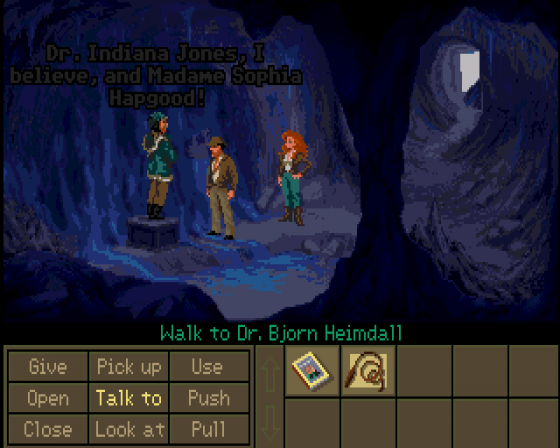 The puzzles themselves are very tricky in parts and should pose enough of a problem to keep most players up at night for at least a few weeks, but one in particular, at which I'm completely stuck, is very silly.

Three stone disks must be collected before the player can enter Atlantis - a worldstone, moonstone, and sunstone. When all three are used in the middle of the map room in the caves under a certain location (don't want to give away too much, but you'll be steered toward it anyway by the plot), Indy must position them in accordance with a clue - different every time the game is played - in Plato's Lost Dialogue.

My problem is that there are dozens and dozens of combinations, and the only one I've managed to get to work after hours of messing about leads to a dead end. The impasse, after a pretty logical and middlingly difficult set of puzzles, is irritating and off-putting, though guaranteed to lengthen the life of the game - something which is of prime concern to many graphic adventure fans these days. 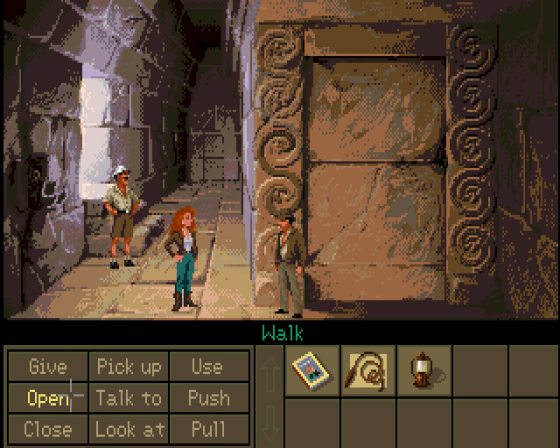 The paths I mentioned earlier are the game's really innovative feature. Players complete an initial section of the game, after which it becomes clear where the plot will go, and a choice of three playing approaches must be made.

There's the wits path, where Indy carries on alone and attempts to think his way through the game, the team path, which sees Sophia tag along as a second team member, and the action path, which involves Indy in lots of punch-ups with Germans (otherwise known as the lager lout path).

All subsequent events will depend on which path was chosen, and there really are radical differences between the three routes. For example, on the wits path, Indy can simply walk up to M Trottier in - Monte Carlo and get a stone disk off him. On the team path, he must set up a seance with Sophia at which Indy and Sophia attempt to convince M. Trottier of their credentials. This is far from easy, and the point at which I failed miserably. 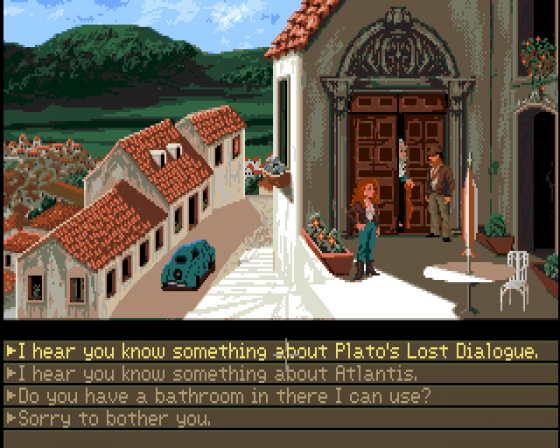 In short, Atlantis is a very good graphic adventure which should contain enough puzzles for most seasoned fans, and last long enough to justify the money spent on it. With its three different solution paths, superb graphics, and touches of humour, it sets a standard at which other graphic adventures must aim.

Had there been slightly more mystery and investigation, as opposed to simple puzzle solving, I would have dressed the game in PJs and taken it to bed with me.

Audio 40%
The tunes can grate slightly after a while, and special effects are negligible.

Playability 80%
As easy to play as falling off a log while wearing high heels and drinking a bottle of gin!

Addiction 80%
Very tempting for the adventure fan, though tough old veterans might be disappointed.

Indiana Jones And The Fate Of Atlantis | Verdict

A very good graphic adventure which should contain enough puzzles for most seasoned fans, and last long enough to justify the money spent on it. 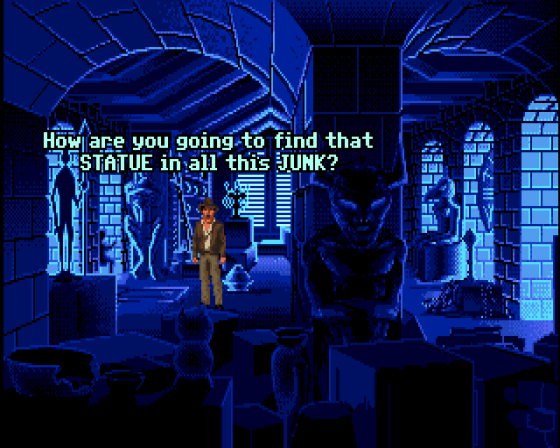 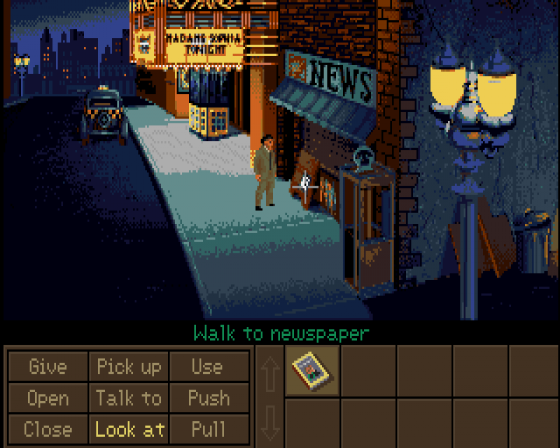 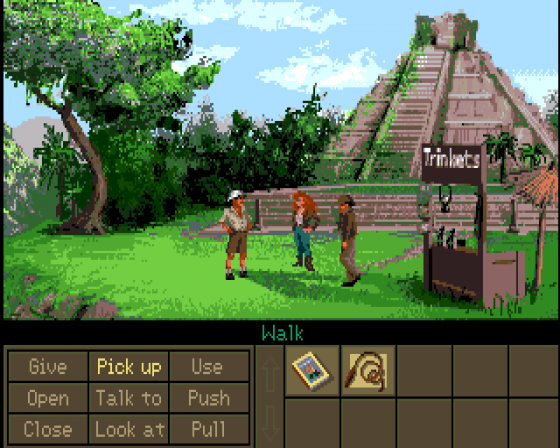 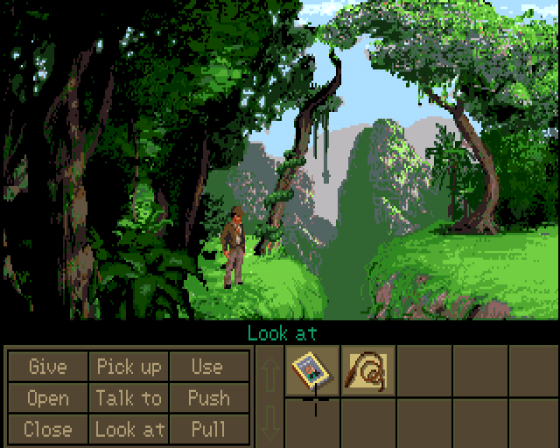