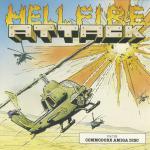 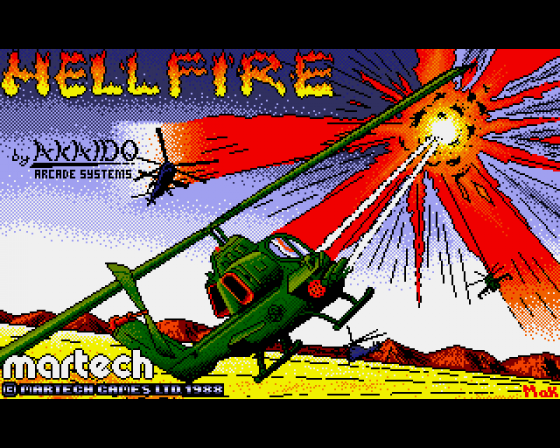 What kind of a life is it when you can't get into your SuperCobra light attack helicopter and shoot the hell out of anyone who comes your way? No kind of life at all, that's what.

Happily, you're one of the lucky ones. You've got a chopper and the enemy is coming. All you need now is a rotary cannon, turbo power (press space to activate) and hellfire missiles set by moving a circular crosshair over the target.

Got those? Off you go then - and don't forget your packed lunch. 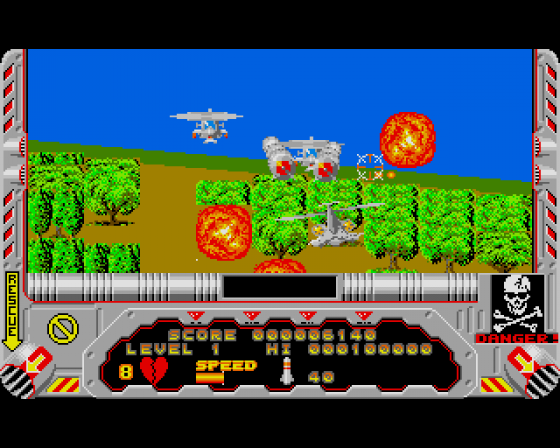 Ouf! I feel like I've been rolling around in a wooden barrel - and that's not because I've just had my sixth Double Decker either. I've seen some nasty doses of graphicitis blocklus in my time but Hellfire Attack really takes the biscuit.

The tops of the trees are just shaved off where they hit the horizon, and streets of terraced houses lurch endlessly across the screen (bit like Madd on a Saturday night!). If the graphics don't put you off, the repetitive gameplay definitely will.

One long round of samey 3D firing is hardly enough to merit 20 quid. 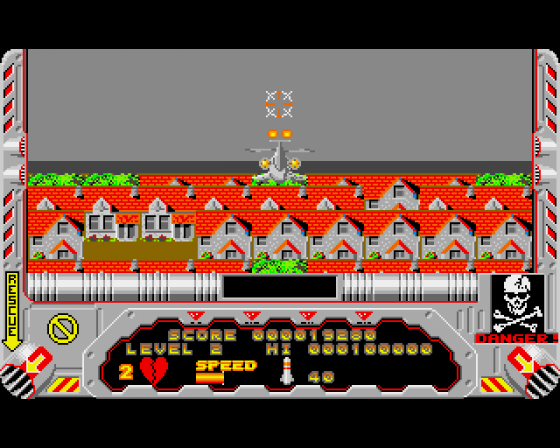 If you must play this game (and I strongly advise you not to) make sure you've got a good supply of travel sickness pills handy because all that shifting and swaying of stumpy graphics is bound to make you sick.

PacMan would really be at home here; talk about Blocktown - yeuch! Oh, and if you're thinking there might at least be some sort of a game worth playing in there, forget it.

I wouldn't want to play this for longer than five minutes, even if it was the only game in the office on a really grotty day. 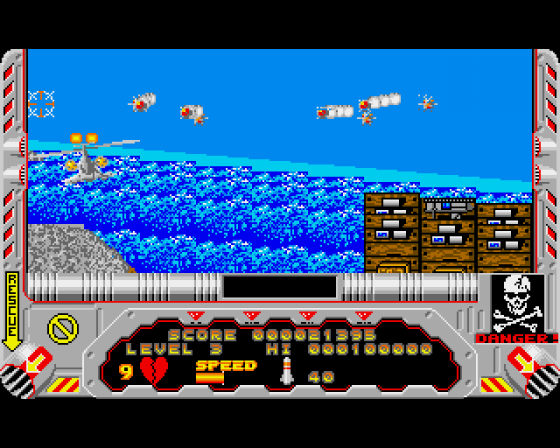 Presentation 50%
Plenty of on-screen info and competent control method - that's about it.

Hookability 35%
The graphics may put you off before you start.

Lastability 21%
After five minutes, the repetitiveness and the graphics will have put you off.

Overall 38%
A feeble attempt to get on the 3D shoot-'em-up bandwagon.

A feeble attempt to get on the 3D shoot-'em-up bandwagon. 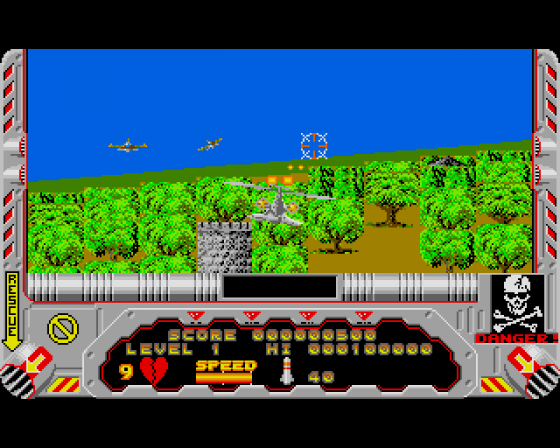