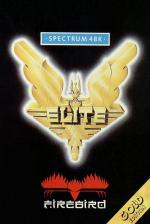 The response to our first ever Game Of The Year awards has been tremendous with the first votes arriving in the office the day the magazine was due in the shops!

Some categories have been exceptionally close whereas others have had clear leaders from the start. Now the suspense is over and all the votes have been counted and here are the results starting of course with the 1985 Game Of The Year.

With over 45 games nominated, this was always going to be a close contest. Until the last week of voting when Spectrum Elite owners joined the C64 counterparts to make it the game of the year.

Elite was originally written for the BBC and Electron by Acornsoft in 1984 and was licensed to Firebird who have since made this superb game available to C64, Spectrum, Amstrad, MSX and Einstein users.

Elite is a space trading game set in a cruel galaxy where the galactic police are slightly worse than the pirates.

It is probably the mixture of space exploration, galactic trading and arcade action space battles that has made Elite the game of the year.

Shadowfire was the first icon-driven adventure in which you controlled the five members of a galactic A-team known as Enigma. Your mission was to rescue an Ambassador held onboard the ship of the evil General Zoff.

The entire adventure including exploration and combat was joystick-controlled which helped to introduce more people to the wonderful world of adventuring.

The Fourth Protocol continued the icon theme in a fascinating adventure based on Frederick Forsyth's thriller.

Any Level 9 adventure would do well in a readers' poll and Red Moon is undoubtedly one of their best.

Finally, I was surprised by the number of votes cast for the disk only Ultima III and Hitchhikers' Guide To The Galaxy which shows a healthy increase in disk owners or perhaps people who would like disks to play these excellent games!

Arcade adventures have become a class of game in their own right in 1985 with the introduction of games that have both the problem solving of adventures, as well as the arcade action.

It is therefore fitting that Knight Lore should win this award since it was the first true arcade adventure.

Frankie Goes To Hollywood, a close second, is probably also the best licensed game based on a film, book or, in this case, rock band! Finally Wizardry shows the way ahead with the introduction of Dungeons and Dragons-type spells into an arcade adventure.

Elite took (and held) an early head in this category but Gyroscope made a strong challenge but it wasn't enough to catch Elite.

Tau Ceti did remarkably well considering it had only just appeared in the shops.

Superior's Death Star was close behind.

This was without doubt the closest contest of them all between Exploding Fist and Winter Games.

The lead changed between these two a total of fourteen times, and for most of the voting period they were never more than a handful of votes apart. In the end it was probably the fact that Exploding Fist was available for more machines (C64, Amstrad, Spectrum and BBC) that won the award for Melbourne House.

Way Of The Exploding Fist was the first and arguably the best karate game to appear in 1985.

In third place, Racing Destruction Set is a little different from the standard racing game as its players design custom cars to race on custom tracks - to destruction.

This category was the first to be decided with Impossible Mission sweeping all aside. Monty made a comeback at the end but it was never going to be enough.

The original C64 version of Impossible Mission is best remembered for its digitized speech, evil laughter and blood-curdling screams as you plummeted to another game over. The Spectrum version lacks this facility but still remains an excellent game of fiendish puzzles, superb animation and evil killer robots.

Wizardry, in third place, is an interesting game that adds a different spell to each level and a construction kit to prolong the game's life.

Three completely different strategy games had a very close battle for this award with Archon winning in the end.

Archon is a curious mix of strategy and arcade game skill that mix to form a magical chess variant in which each piece is a creature with different strengths and weaknesses and you have to literally fight for every square.

Crusade In Europe is a more orthodox computer wargame and Theatre Europe still attracts outside publicity over its simulation of a nuclear war.

There is no great surprise in this result, with these three producing some fantastic games in 1985 (Winter Games, Impossible Mission, Exodus: Ultima III, Way Of The Exploding Fist) but there were a few surprises further down the list.

The first was the number of votes received for American software houses Epyx and Infocom who came 6th and 11th in the final order.

A few voters misunderstood the term software house and wrote WHSmith and Menzies on the voting form. We even had one from Belgium that had "English computer shop" as the best software house!

Winter Games skied, skated and bobsled to this award by featuring eight gruelling events backed up by superb graphics.

This is the latest and best in the Epyx series of Olympic-style games that started with Summer Games and Summer Games II.

Such is the following that this game has achieved that it managed to keep Elite at bay.

Three superb arcade machines that you should try whenever you get the chance. Two have already been converted (or inspired) computer versions but we are still waiting for a computer version of Paperboy.

Another award for Elite as drones of Spectrum owners set up galactic trading companies. However, some found the time to punch and kick some opponents in Way Of The Exploding Fist and then suddenly in the last few days of voting enough people bought and enjoyed Tau Ceti to push it into third place.

Amstrad owners are obviously a violent bunch with Exploding Fist beating (up) the opposition to first place. Sorcery was only an average game in its C64 version but became an excellent arcade adventure when converted or the Amstrad.

Superior's Repton sequel swept the BBC field with Elite out of the running (released in 1984) Revs won the race for second place and the long awaited conversion of Knight Lore took third.

High speed arcade action captured the votes in this category with the re-released (at an affordable price) Bounty Bob taking second place. Third place was a keenly fought contest between the classic Lucasfilm Rescue On Fractalus and English Software's Elektraglide.

See if you won the draw for either a fabulous Commodore 64 pack including a C64, Datasette and monitor, or a Amstrad PCW8256.