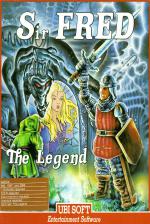 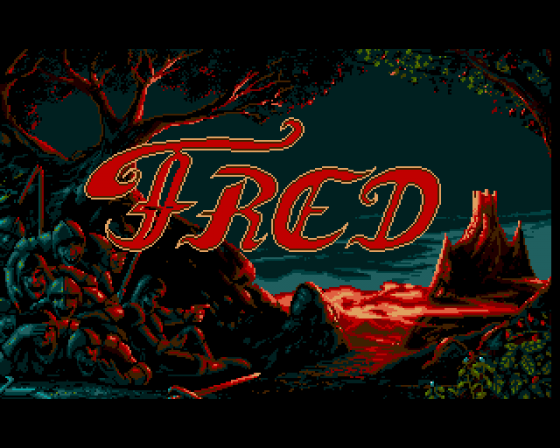 Ye brave knighte, Sir Fred, hath had his damsel pilfered by yon fiendish dwarf, Ultimor, and been reduced to tiny stature by said villain's magic. Now he seeks to recover his lost maiden as well as his lost inches by trekking through fifty different levels, slaying cheeky, stone-throwing gnomes, shambling ghouls, etc, etc, with knives and his trusty sworde.

Ubisoft have really gone to town with the graphics on this game, with cartoon-like animation on the characters and extremely pretty background graphics, and the sound isn't half bad either. But, downer number one is the unnecessary three-level playfield that lets you move into and out of the screen to avoid obstacles but overcomplicates the controls. Downer number two is the way the levels come in sets of three, so that if you die on stage three, you get sent right back to stage one. Aiieee!

One of the prettiest arcade adventures around. Also one of the most frustrating.

Identical to the Amiga version in every way. Very good but continued play will drive you round the bend.

One of the prettiest arcade adventures around. And also one of the most frustrating. 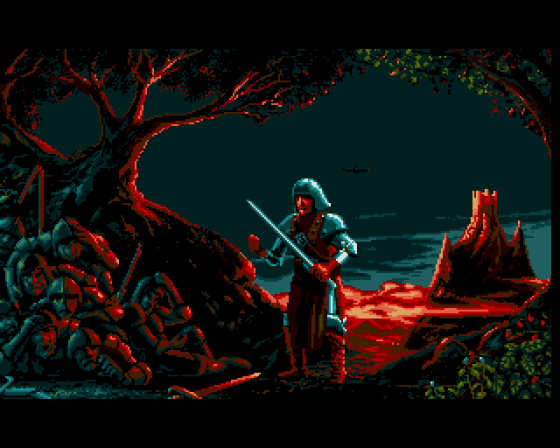 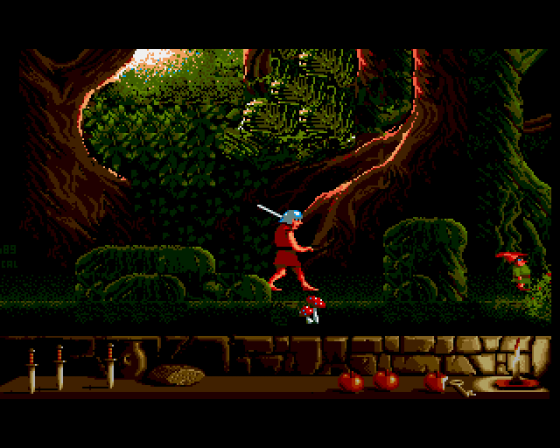 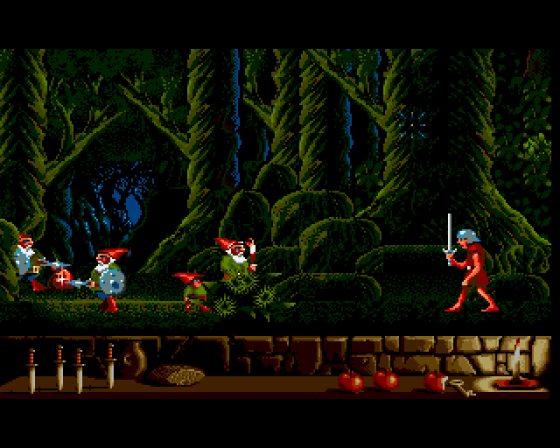 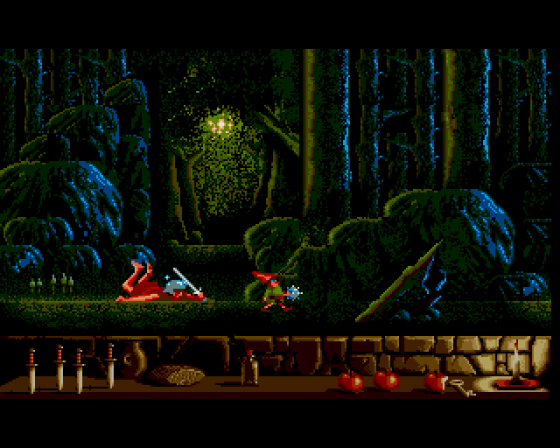 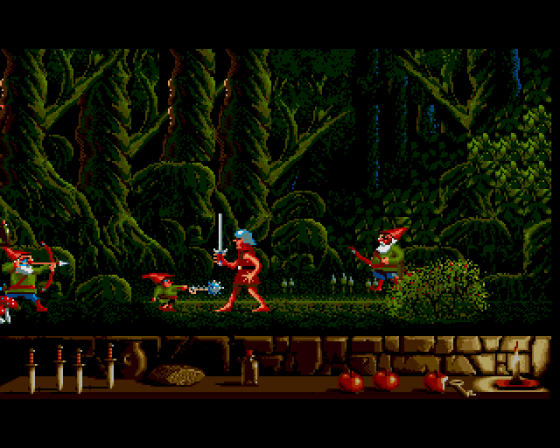