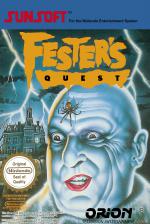 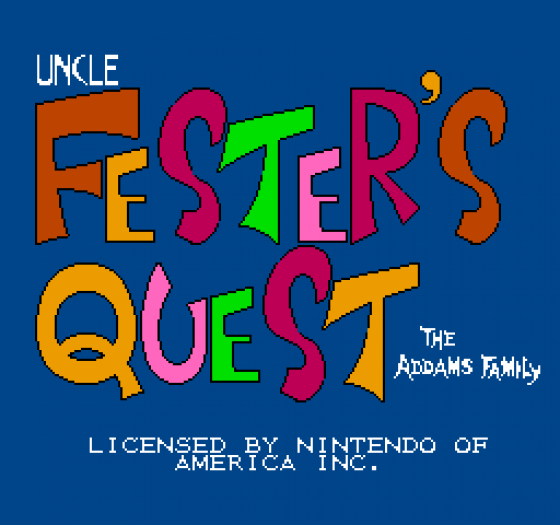 Whaddaya mean, "Who's Uncle Fester?" You mean you've never heard of the Addams Family? Well, obviously ITV aren't rerunning any episodes of this cult US comedy show round your way, so I'd better fill you in.

Gomez, Morticia, Wednesday, Puggsly, Granny, and of course, Uncle Fester, are a family of slightly horrific freaks who, not surprisingly, lead rather freakish lives, as this particular episode proves.

Strange mutant aliens have invaded the Addams family's neighbourhood and planted their Raspberries of Death all over the place. Brave baldy that he is, Uncle Fester has taken it upon himself to defend the family residence and see the offworlders well and truly off the world. 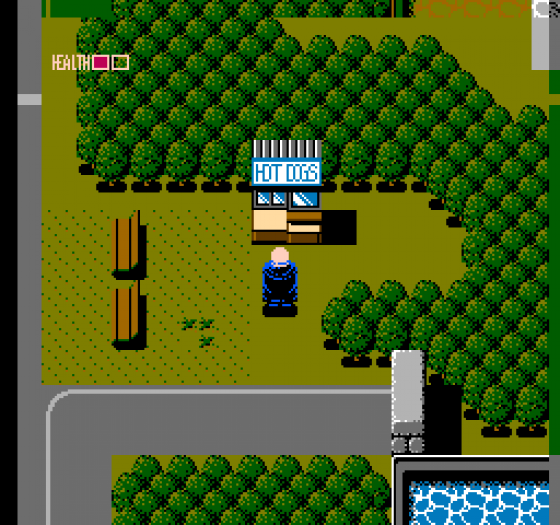 Armed with his doom-ray blunderbuss, Fester sallies forth into the scrolling cityscape, dealing death and destruction to the raspberries, which are accompanied by nasty blue and red Fester-seeking toads and floating, caterpillar-spitting heads. Luckily; when these beasties explode they leave behind yummy Fester goodies, such as money (!), swervy-bullet gun upgrades, whips, keys and light bulbs to help Unc on his way.

The light bulbs come in handy when Fester has to travel underground, fighting off rates and green blobs in the dark sewers. The keys let Fester into houses where other Adamses are waiting to hand over explosives and vice-grips and all those other goodies unavailable elsewhere.

After the fab moonbathing-Fester opening sequence and the funkadelic title music, the unrewarding walkabout/shootout gameplay was something of a downer. You just go on and on shooting bloblike monsters that reappear the moment their remains scroll off the screen, and the humorous potential of the Uncle Fester link is never actually used during the game.

Even the graphics are flickery and unimpressive, so there's not even much compulsion to play on and see the next bit of the game. Admittedly, this is one of the cheaper Nintendo carts, but you'd be better off saving your money until nearer Christmas, when there are some really great Sunsoft titles coming out. 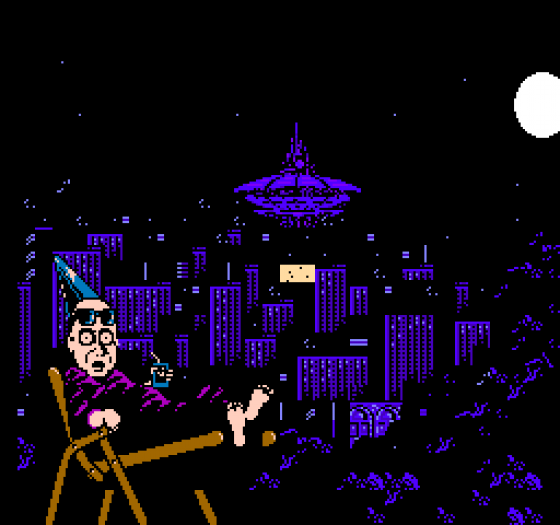 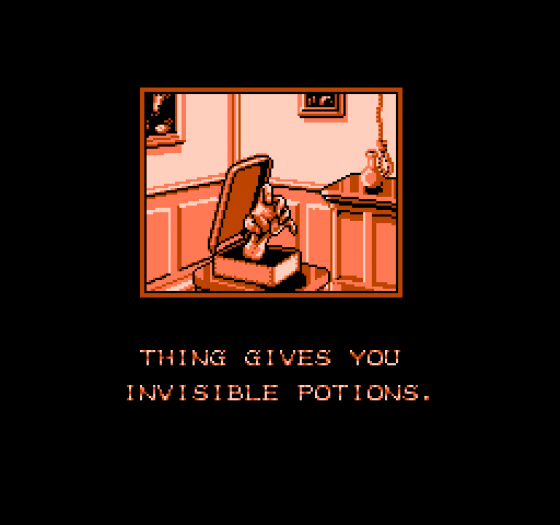 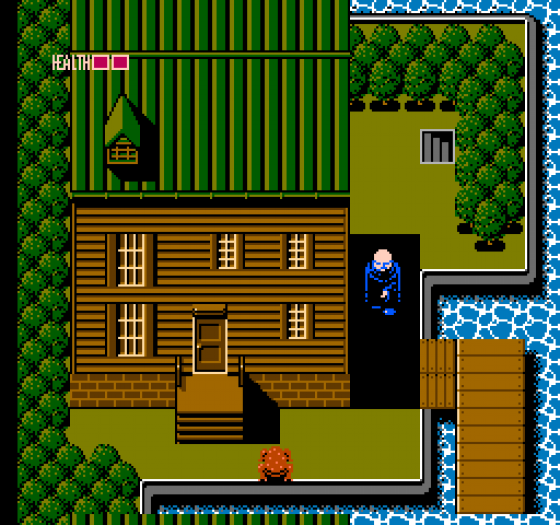 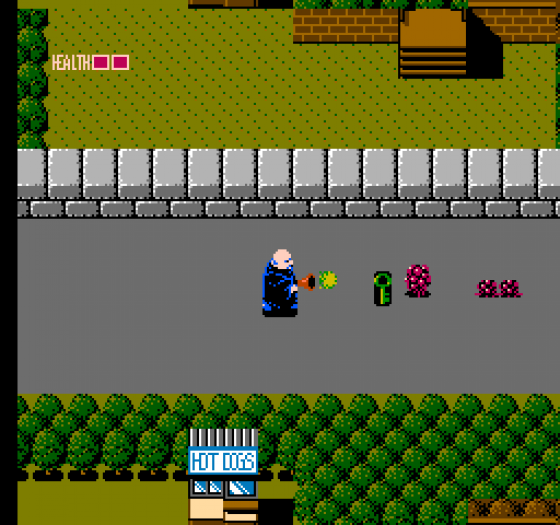 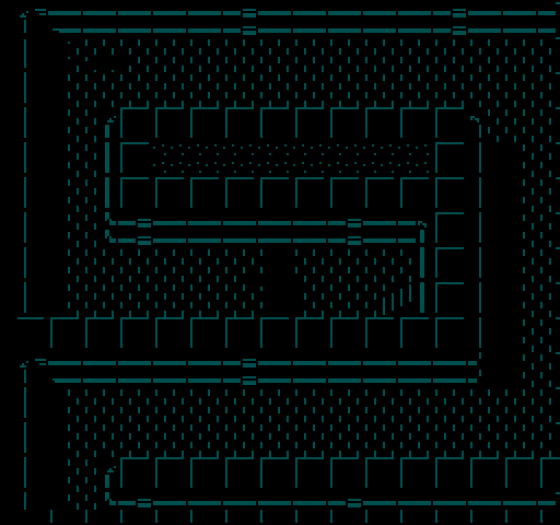 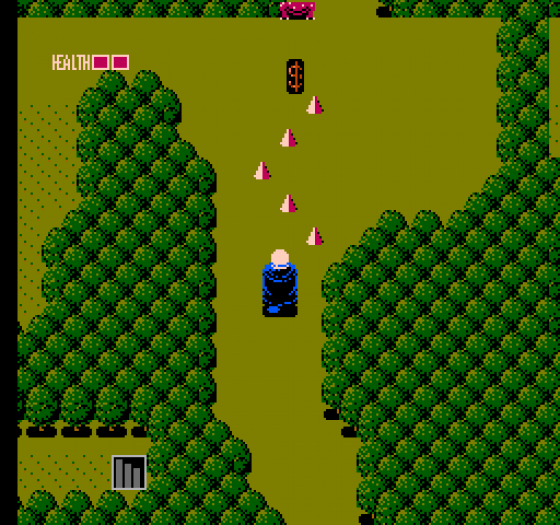 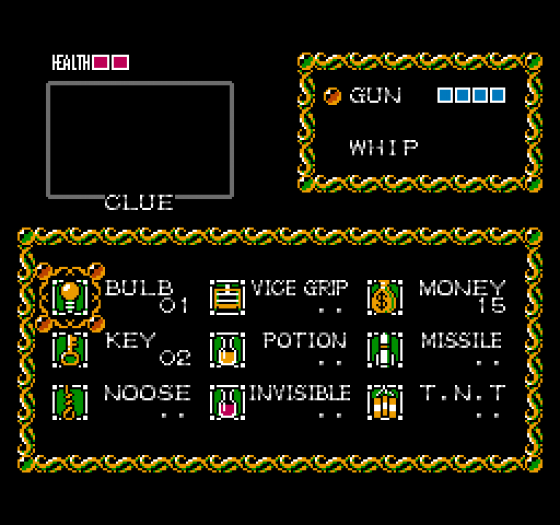 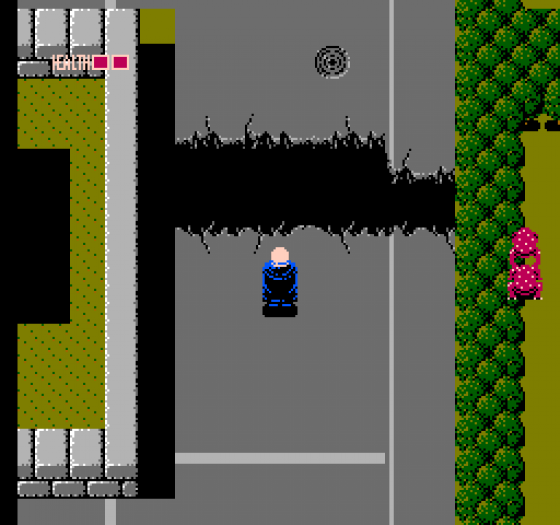