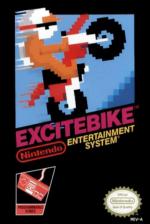 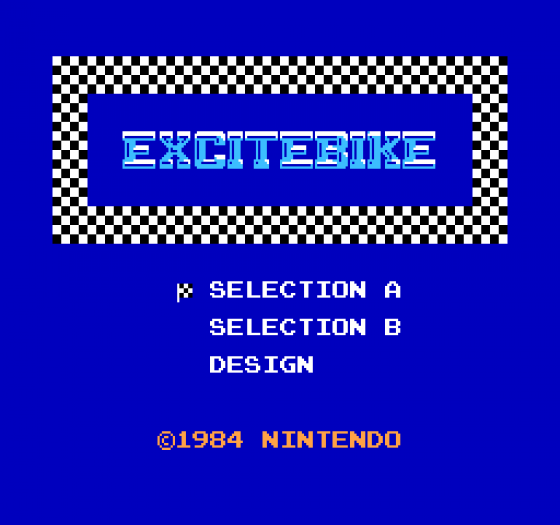 Bike racing games, especially where the two-wheelers rush horizontally across the screen, lost their cred points when Enduro Racer appeared but Excitebike has enough track features to provide an entertaining, if dated, game.

It's a one- or two-player game, played on one of two courses. You can also design your own and save your track in RAM for use when you get back to play mode. The second, more difficult track just comprises of a more tortuous route. The obstacles are the same no matter which track option you take. There are seven hill gradients, a jump barrier, oil spots, multi-gradient hills and a ramp which looks like an oil platform.

You've got two speed control - one ordinary, the other turbo - and the use of one or the other at the right time will determine whether you do a wheelie or crash. 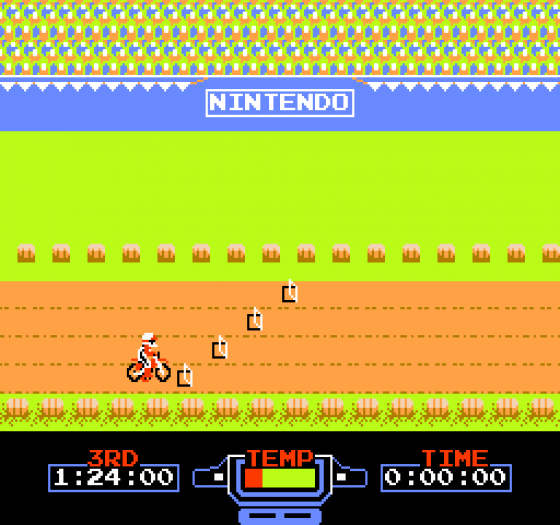 Overuse of turbo also makes the engine overheat so it's best used on flat parts of the track, where there are no mud or oil slicks to slow you down, or over several hills if the engine heat monitor is less than halfway red.

When you've scored number one on both built-in tracks; the design of your own is simple.

The cartridge stores twenty preset lengths of track which you can put together in hundreds of combinations. The display shows your bike at the start of the empty road. You move it along to the spot where you want an obstacle, move the choose feature cursor to the letter, A to S, which corresponds to the obstacle and dump hill, hole or slimey patch onto the main display. You can then choose to run a solo race, or pit yourself against other motorcross riders, and away you go.

My first impressions of Excitebike were not too good. I've seen scores of similar products before and the 3D perspective games have largely taken over from them. But, this race game has the advantage of a course designer and a large range of objects. There's not much skill involved in clocking up a good timing on the two Mattel tracks, but there's always the addiction of constantly trying to be number one.

This race game has the advantage of a course designer and a large range of objects. 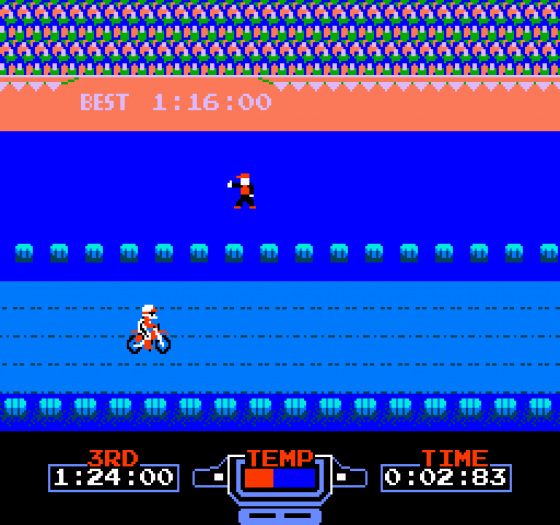 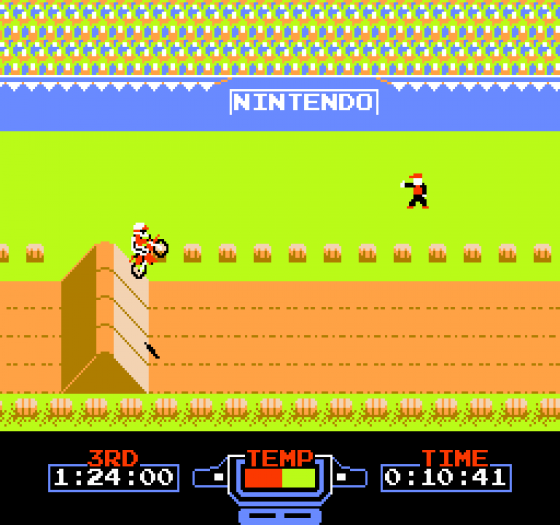 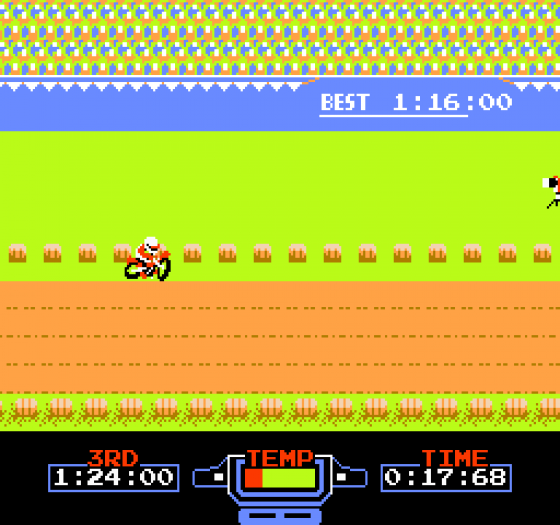 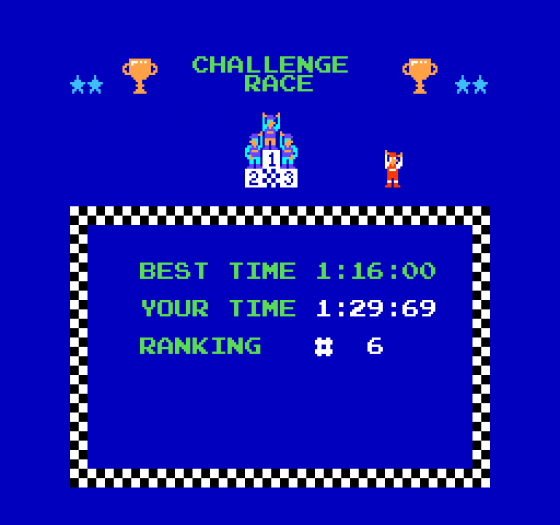 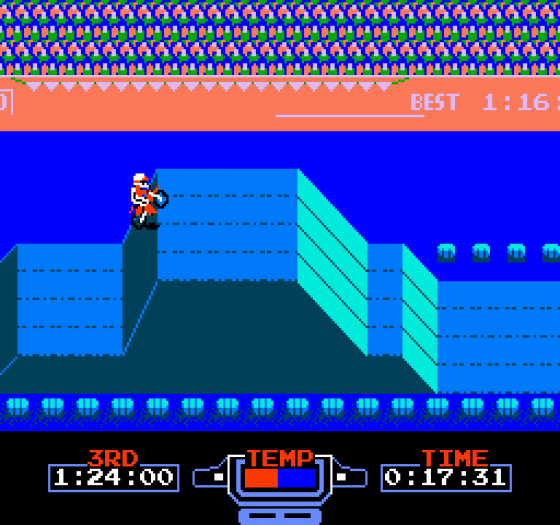 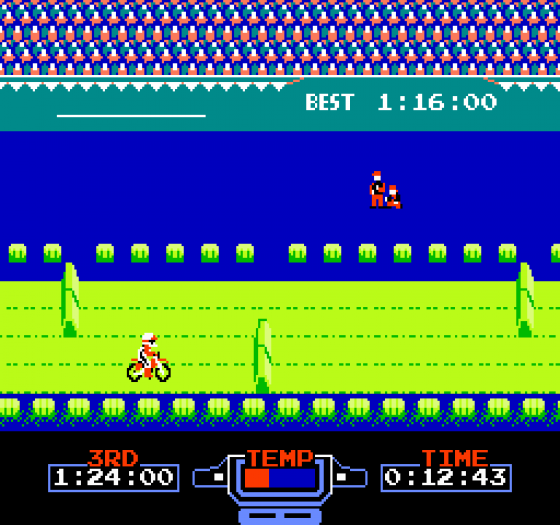 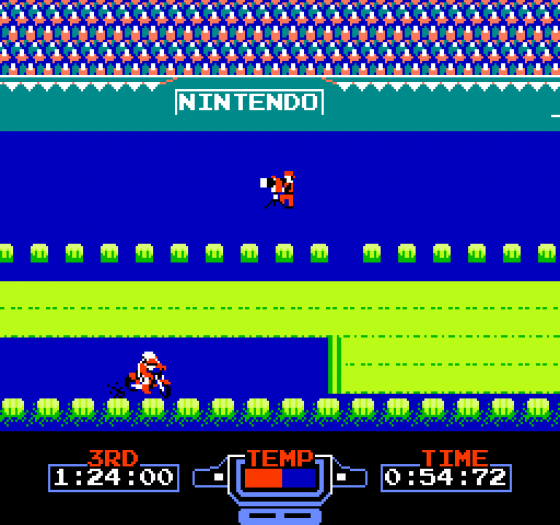 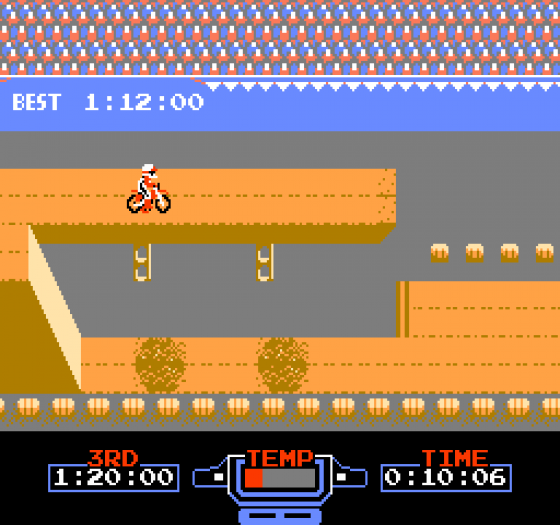