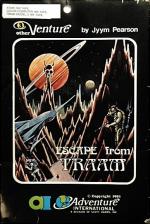 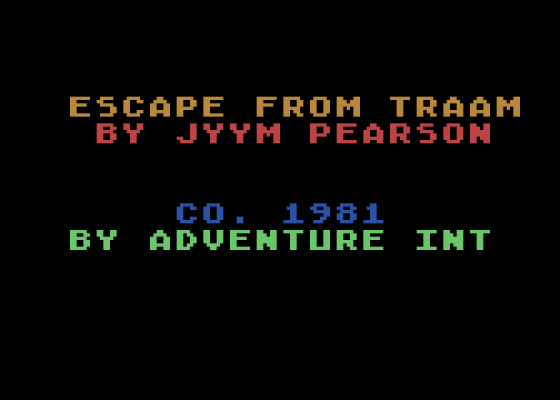 For one reason or another, Escape From Traam has been well-represented in the Helpline mailbag. In some ways this came as no great surprise to me, for it is one of those Adventures that drove me to the edge of despair - but for the wrong reasons.

Traam is not full of mind-blowing problems with agonising decisions to make. You know, the problems that torment you for days, until you wake up one morning and say to yourself: "Of course!" No, Traam does not have that magic formula.

Still, what's one man's meat is another man's poison. Traam is not my meat, but let's take a closer look at the game. 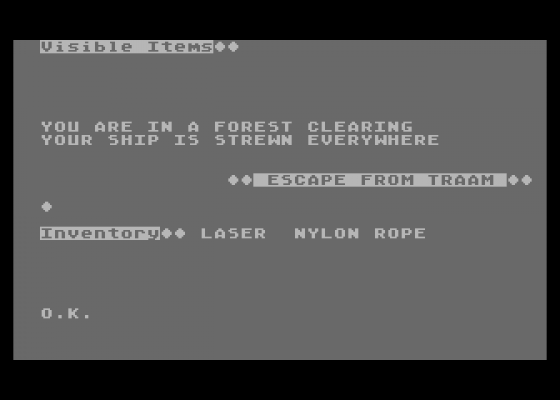 After your small spacecraft crashlands on a planet called Traam, you must find another means of leaving the planet before the locals, or Traamions (I suppose that's what they're called) prevent you. They happen to be really unpleasant people who, instead of holding out the hand of friendship, do completely the reverse. They only know of two ways to treat an intruder (you!) and that is either to kill him, or lock him up and throw the key away!

I may have simplified the plot a little, but nevertheless I thought it was good and inventive. So what went wrong with this game for me?

I think it can be summed up in one word - method. The first item that struck me as a little odd was the information displayed on the screen. Following the description of the player's location is a list of his inventory. Personally, I would much rather call this information up when I find it necessary and in its place I would sooner have a list of some of the possible exits. For in Traam, you have to guess in which direction to move next!

While playing the game, I found it difficult to understand the strange way in which the verbs are used. For example, I found myself in a totally dark place and expected I would need a light to be able to use the verb LOOK. Not so!

Escape From Traam is one of the Other Venture series from Adventure International, written by Jyym Pearson. I played the Atari version but versions also exist for TRS-80 models 1 and 3 and Apple.

Traam is not full of mind-blowing problems with agonising decisions to make. Rather it's a badly put together mish-mash of ideas and method. 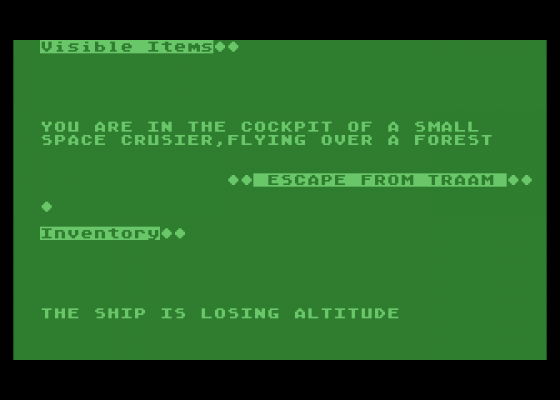 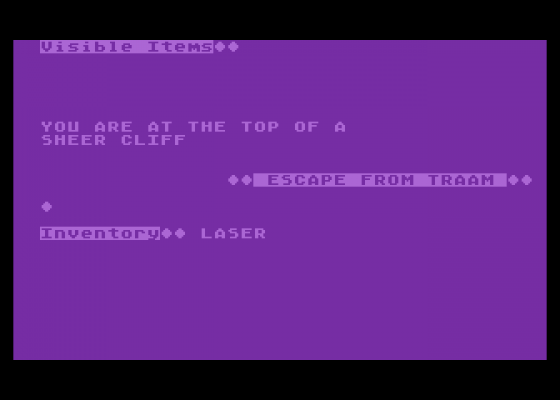 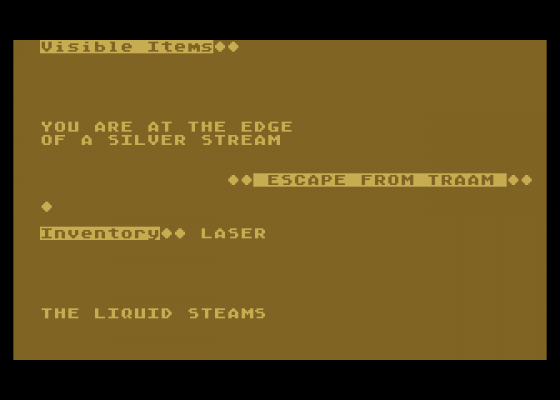 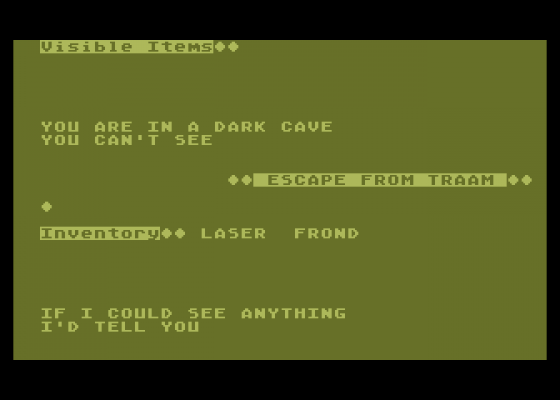