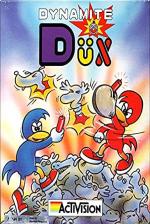 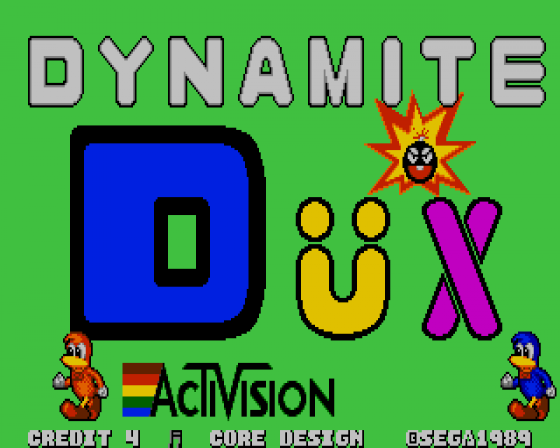 There have been some strange video games, but I don't think I've ever encountered anything as outrightly bizarre as Dynamite Dux. I don't know what sort of acid-casualty freako thought up the game, but I wouldn't be surprised if her could be found gibbering in a padded cell every full moon...

I mean, can you believe a game that casts you as a cute Woody Woodpecker lookalike who strolls through town punching the shinola out of savage bouncing sausage dogs, sproinging moose heads, rabbits on springs and marauding gangs of field mice?

But even though it's got a weird factor of about seven million, it's brilliant fun to play. Here's why... 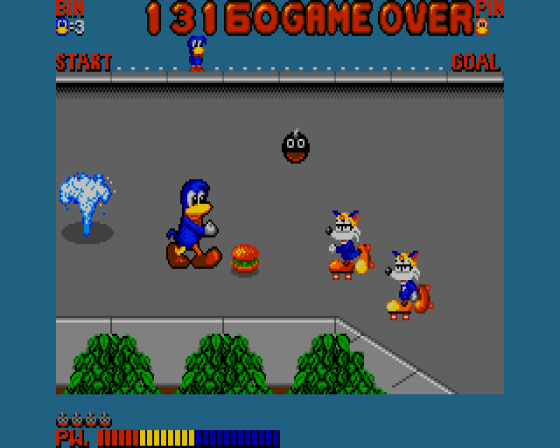 The original coin-op made a brief appearance in one particular London arcade last year, and I played it solidly for four days before it was taken away, never to be seen again! "Boo hoo, " said I, 'coz it was a great game. Well, Activision have bought the computer rights, so at least you can play this coin-op rarity in the privacy of your own room.

The game casts one or two players in the role of Woody Woodpecker clones, and the idea is to simply bash your way through six horizontally scrolling levels of action.

Along the way, there are a wide variety of wild 'n wacky weirdo enemies which attack the dux on sight and attempt to reduce their energy bars to zero, which means duck death. The dux can defend themselves though, by punching an oncoming baddie in the mush. Keeping the Fire button depressed for a couple of seconds makes the duck swing his arm like a propeller and he lets rip with a mega punch with a massive fist the size of himself! Pow!! 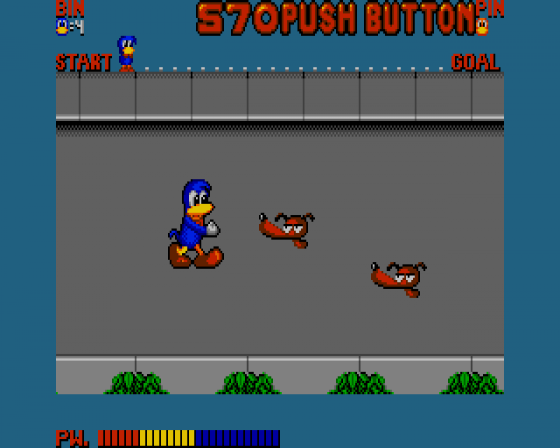 With all this weaponry, the game sounds like it might be easy. No chance! Along with the regular baddies I've already mentioned, there are also combat foxes that fire mortar shots and SAM missiles, alligators on pogo sticks, moles wearing hard hats, ninja foxes, rocket-boosted cows, skating dogs and pigs on trolleys amongst other things! They all hound the duxs throughout the game and attempt to provide maximum hassle, especially on later levels.

And there is it: a simple lovely-looking, outrageously weird, yet strangely cute alternative beat-'em-up. It's great fun to play, especially with two players, and there's loads of action to keep the toughest dux on their webbed toes.

The only moans that I've got about this conversion is that it plays just a little bit on the slow side (although much of the time you don't really notice, especially when a gang of nine formation-bouncing dog heads come springing around a corner) and the lack of combat moves, which might prove nigglesome to fans of other fighting games like Double Dragon.

That aside, Dynamite Dux is a highly enjoyable and very challenging beat-'em-up which is destined to gather a cult following.

Weird and wonderful cute beat-'em-up with a wonderful sense of humour, marred only by a lack of different combat moves. There's plenty of action though, and it's all highly enjoyable.

Weird and wonderful cute beat-'em-up with a wonderful sense of humour, marred only by a lack of different combat moves. There's plenty of action though, and it's all highly enjoyable. 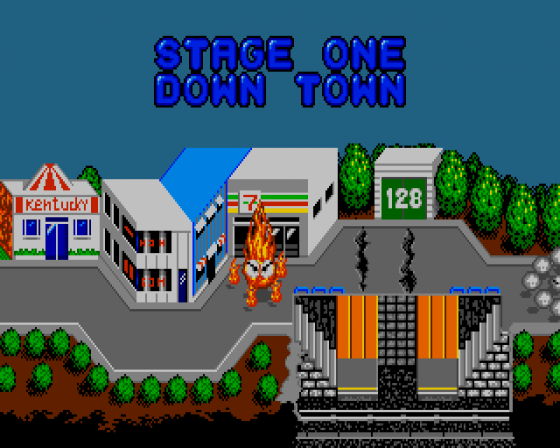 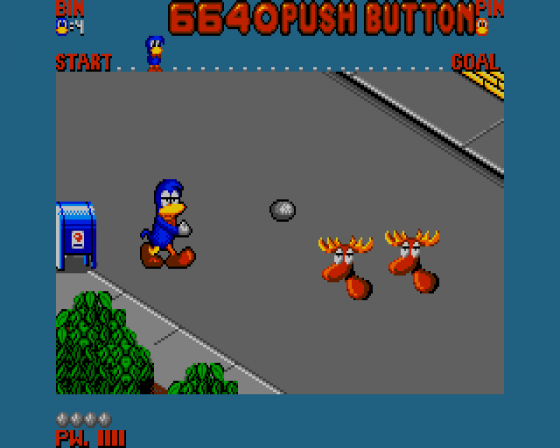 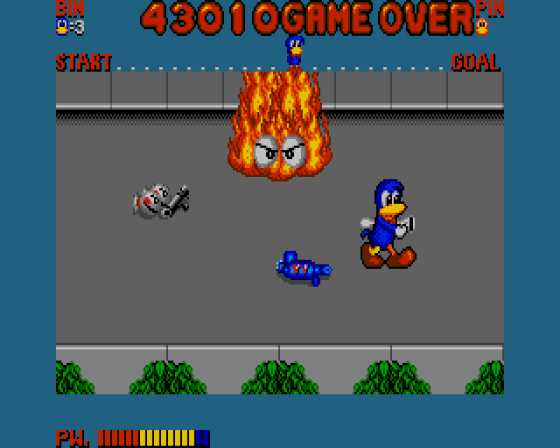 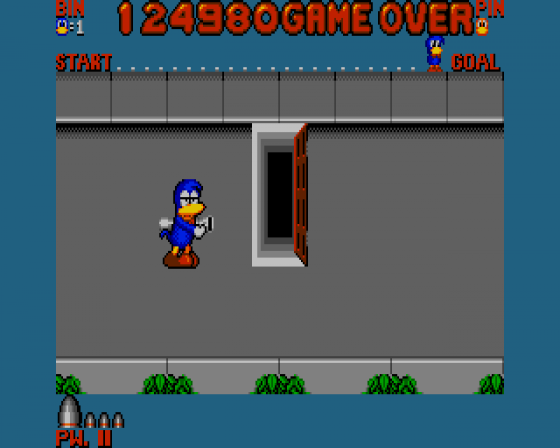 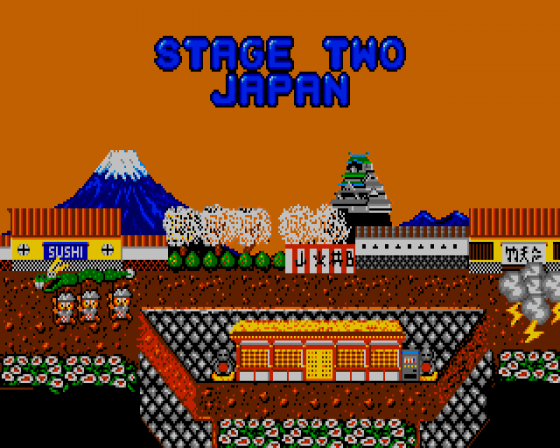 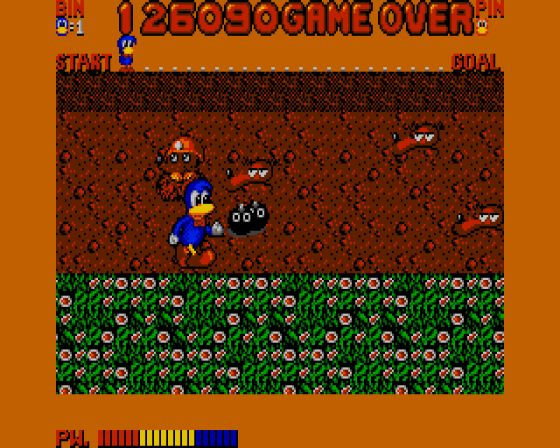 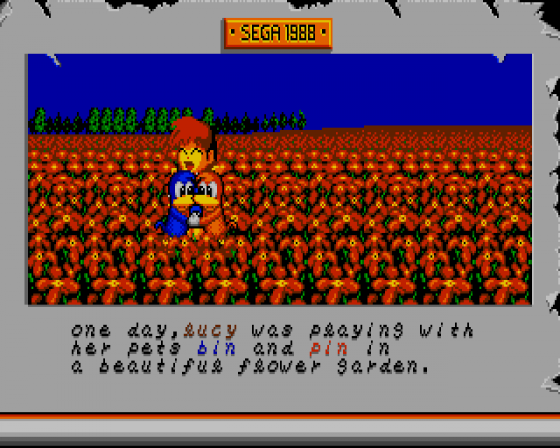