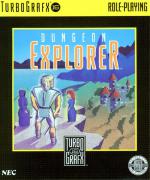 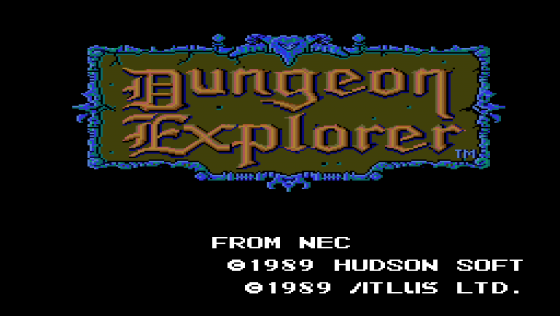 Gauntlet has been a source of inspiration for many programmers, and there have been many clones and derivatives released over the last few years. Dungeon Explorer is one such clone, but stands head and shoulders above everything that's previously been seen. That might sound over the top, so let me explain.

At the start of a game there's a neat introductory sequence in which a mountain scene scrolls in five level parallax to show a gang of characters atop a cliff. The action then switches to a tavern, where the game characters are selected.

Up to five players can play at once (as long as you've got a five-player adaptor and enough joypads to go round), and the participants can take control of either a Fighter, Warlock, Witch, Bishop, Bard, Thief, Elf or Dwarf. Each has his or her own characteristics (intelligence, strength, agility and charisma), represented by status bars which can be called up and viewed. The characters are also assigned hit points and hit power - in other words, how much punishment they can give and take. 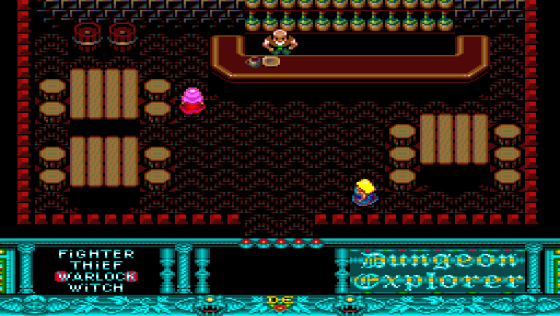 When all the players have chosen their characters, the game begins. The door of the tavern leads to the town, which has a giant castle at its centre. The town is surrounded by a dense wood, and three exits lead south, east and west - any of these can be taken to start the adventure.

Unlike Gauntlet, Dungeon Explorer has a set map to explore, rather like a true arcade adventure. The land is split into fourteen levels, each comprising many multi-screen areas. You can explore any area, but the higher the level, the tougher the creatures inhabiting them.

Newcomers are advised to travel south, which leads to level one - and here the fun really begins. The game plays in the traditional Gauntlet style, with players blasting at generators and creatures and attempting to reach the next Dungeon entrance. 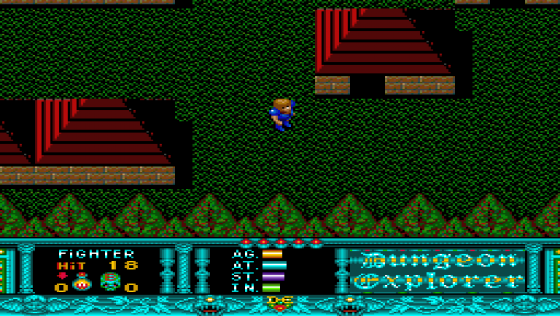 Whenever a creature strikes a player, hit points are lost - if the total reaches zero, one of the character's five lives are lost.

The objective is to defeat the evil king who resides in the castle (you can enter the castle and see him if you feel that way inclined), which is done by travelling through each level and destroying the giant guardian on each one. These take a variety of forms, including giant tigers, dragons, carnivorous plants, wizards, witches and, on the last level, a particularly nasty demon. If he is destroyed, the king is deposed and your mission is completed. Fail, and you're doomed. Doomed!

When a guardian is destroyed, crystals are released and are picked up by the players to increase their hit point capacity - essential if you are to survive on higher levels. 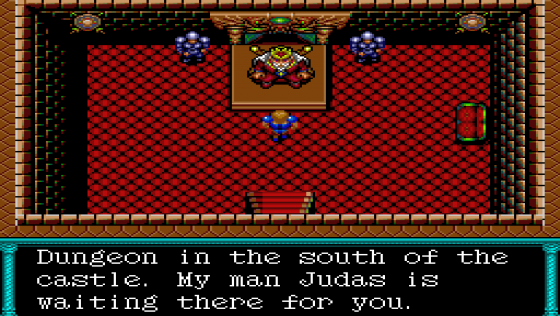 There are plenty of goodies to collect throughout the game, including extra hit power, potions of varying effect (temporary immunity, smart bomb and super hit power), turbo wellies for increased speed, healing salves and items to improve strength, charisma and intelligence.

As well as the main mission, there are plenty of sub-missions (such as rescuing an imprisoned woman fighter who can be used in future games) and puzzles to solve - there's a particular level which consists of a horrendously confusing maze of stairs and trapdoors.

Dungeon Explorer is stunning in every way.

The graphics are marvellous, with beautifully animated sprites, and atmospheric backdrops - the attention to detail is incredible. Sound is also superb, with a series of amazing stereo soundtracks - the sound effects also work in stereo, with explosions and sound effects coming from the left, right and middle, depending on where the action is happening - playing with headphones is a must.

The gameplay is challenging, competitive in multi-player mode and very, very addictive, and the whole thing is brilliantly presented and packaged, with passwords being given after each guardian is killed so you can continue from where you left off.

An essential addition to any PC Engineer's software collection.

A Gauntlet game that offers superlative graphics, sound and gameplay. Quite simple, the best PC Engine game yet.

Quite simple, the best PC Engine game yet. A Gauntlet game that offers superlative graphics, sound and gameplay. 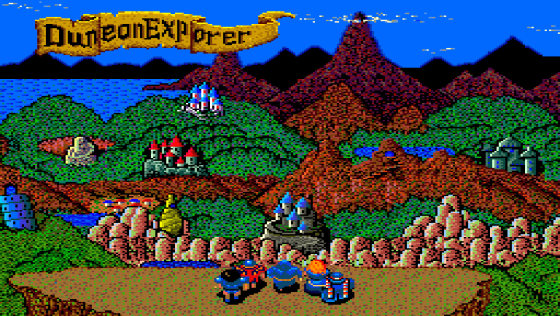 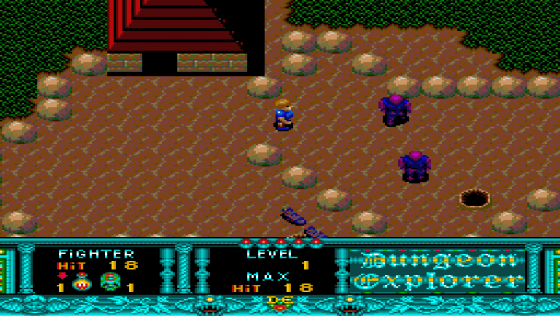 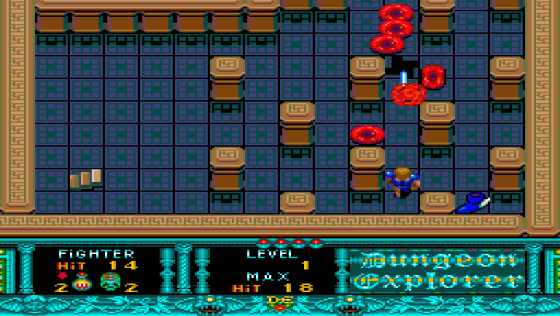 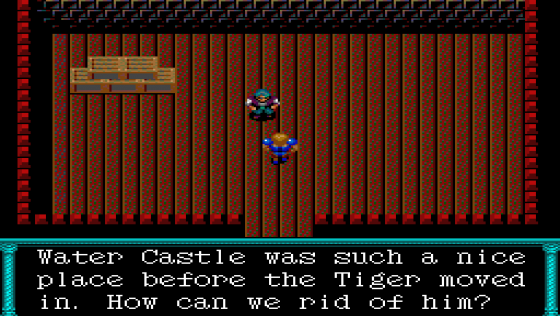 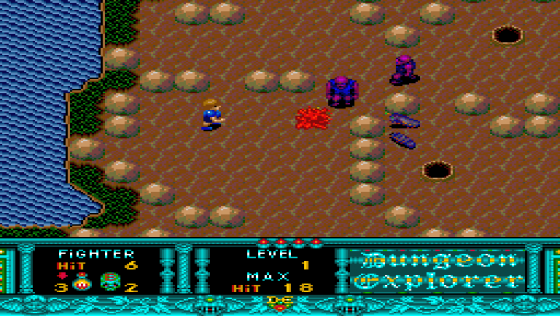